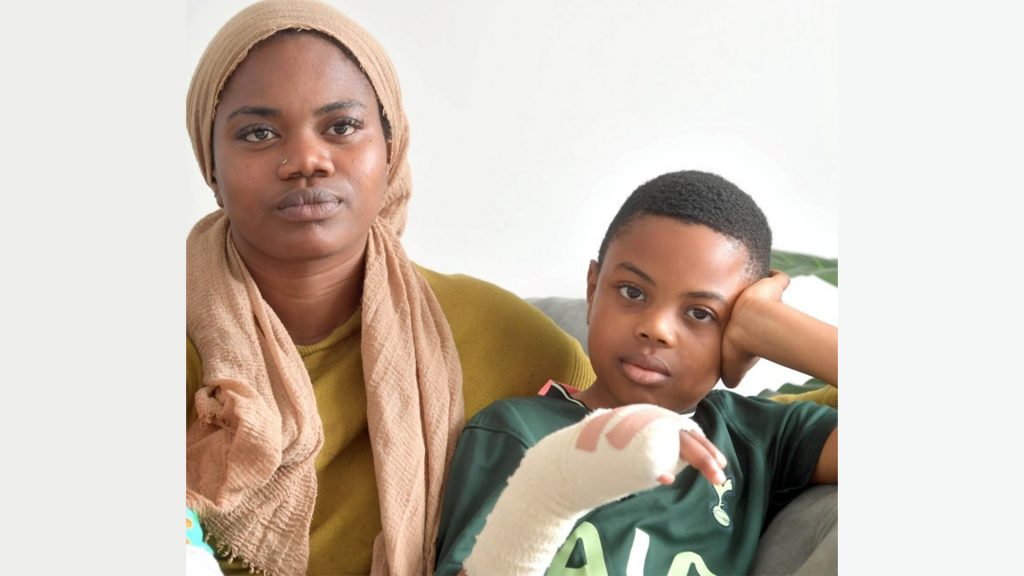 A former mining town in Wales has found itself at the centre of racism after an 11-year-old boy lost his finger while escaping alleged bullies at school.

The mother of Raheem Bailey, who had the digit amputated after catching it on a fence as he fled the grounds of his school in Abertillery, has now moved her family back to England.

His mother’s account of the incident on May 17 was widely shared on social media, attracting the support of celebrities such as the former heavyweight boxing champion Anthony Joshua and the former England footballer Gary Neville. A GoFundMe campaign has raised £105,000 to help him with his recovery.

Shantal Bailey, 28, said that she would enrol Raheem at a new school in England. “I just feel like we’re better off where we feel more secure,” she told The Times.

Raheem is now recovering from his surgery but residents in Abertillery say that the events have left their own scars, with some complaining that the sudden spotlight has unfairly cast the whole community as racist.

“I never said anything bad about the town,” said Bailey, a care worker who moved to south Wales last year. “When I shared that post, I didn’t even expect to raise £10,000. I posted it because I didn’t like what happened to my son.”

She said she was “shocked” and “very grateful” that her fundraising campaign had raised so much. “I think that’s also maybe why [some] people are angry with me,” she added. “To be honest, I haven’t thought about the money. I wanted to get justice for my son.”

Bailey, who was born in Jamaica and moved to Britain aged seven, has previously described how bullies told her son that he “comes from a poor country” even though he was born here. He was also called the N-word, she said.

The school says it is working with Gwent police and the local authorities to “establish the full details of the incident”.

Stephen Giffard, a parent who runs a taxi firm and a mixed martial arts group, said that coverage of Raheem’s injuries had unleashed an torrent of abuse on social media towards teachers and the school. “Everything has been blown out of all proportion on social media. I know one teacher who actually went and jogged up the mountain instead of her [usual jog] on the road, because she was worried [about security.] There’s no condoning what happened to the poor little man but it is just crazy the way it has been portrayed that we are all racist. The [Bailey family] has gone but this has left this massive scar.