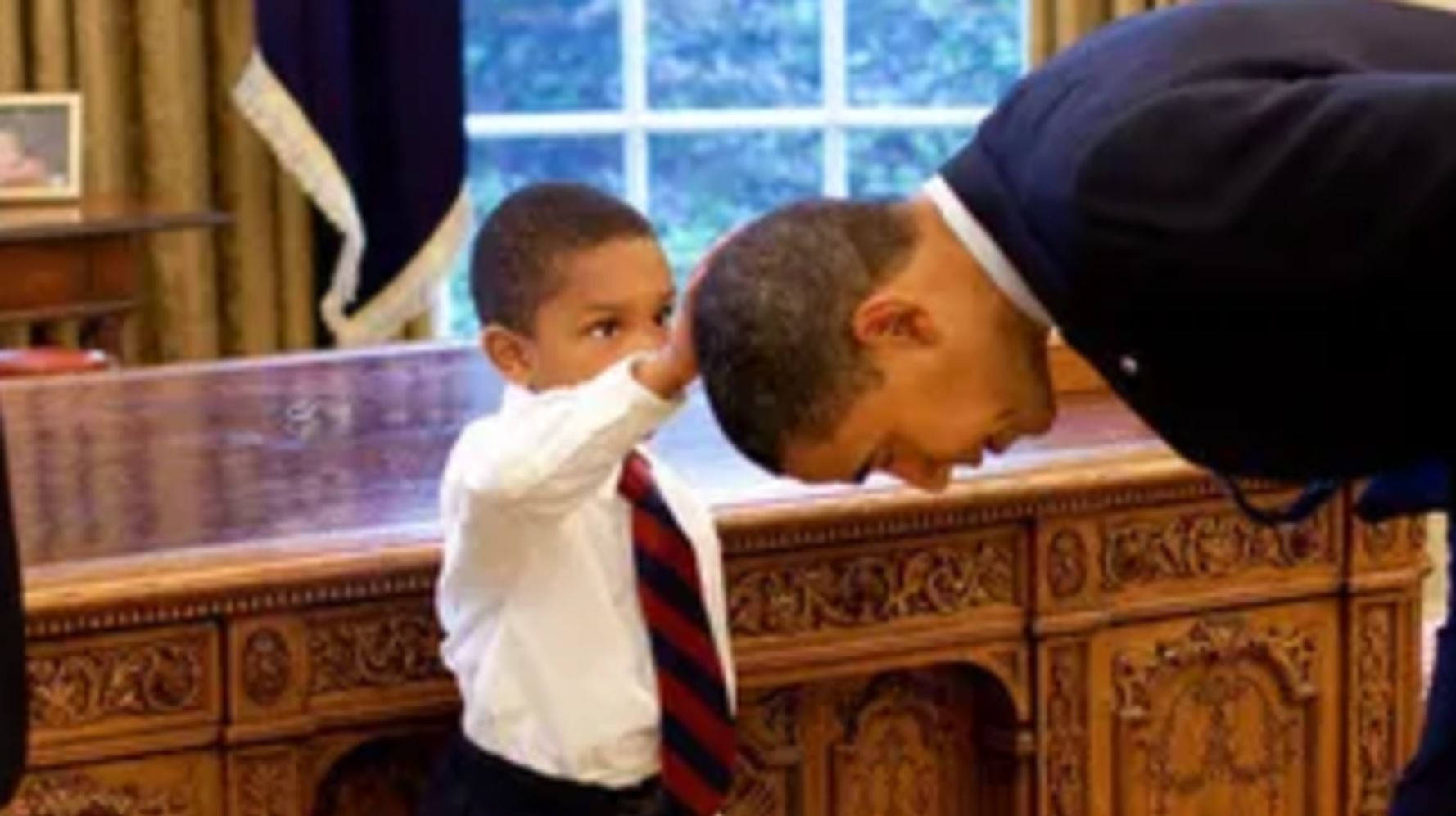 Former President Barack Obama reunited online with the boy who touched his hair in an iconic photo from 2009 ― and they celebrated the youngster’s graduation from high school on Friday. (Watch the video below.)

Jacob Philadelphia was just 5 when he visited the Oval Office with his family and asked the U.S. leader if their hair was similar.

“Touch it dude!” the president reportedly said as he bowed his head, allowing Jacob to feel for himself. White House photographer Pete Souza captured the moment.

“This picture embodied one of the hopes that I’d had when I first started running for office,” Obama said in a video he posted to Twitter on Friday that included parts of his conversation with Philadelphia. “Young people, particularly African American people, people of color, outsiders, folks who maybe didn’t always feel like they belonged, they’d look at themselves differently to see a person who looked like them in the Oval Office.”

During their online meeting, Obama made small talk with Philadelphia and kidded him about his facial hair. Philadelphia recalled Obama towering over him as he bent down during the White House visit.

“It was a pretty big highlight of my life,” the teen said.

The encounter stuck with him.

“It is very wonderful to see representation in government because if I get to see another Black man be at the top, be at that pinnacle, then I want to follow that lead,” he said.

Philadelphia was graduating from the International School of Uganda near where his father works for the U.S. Embassy in Kampala. He said he plans to return to the U.S. to attend the University of Memphis and major in political science.

Jacob Philadelphia was five years old when he visited the Oval Office and asked if his hair was like mine. That photo became one of our favorites – a reminder of the power of seeing yourself in your leaders.