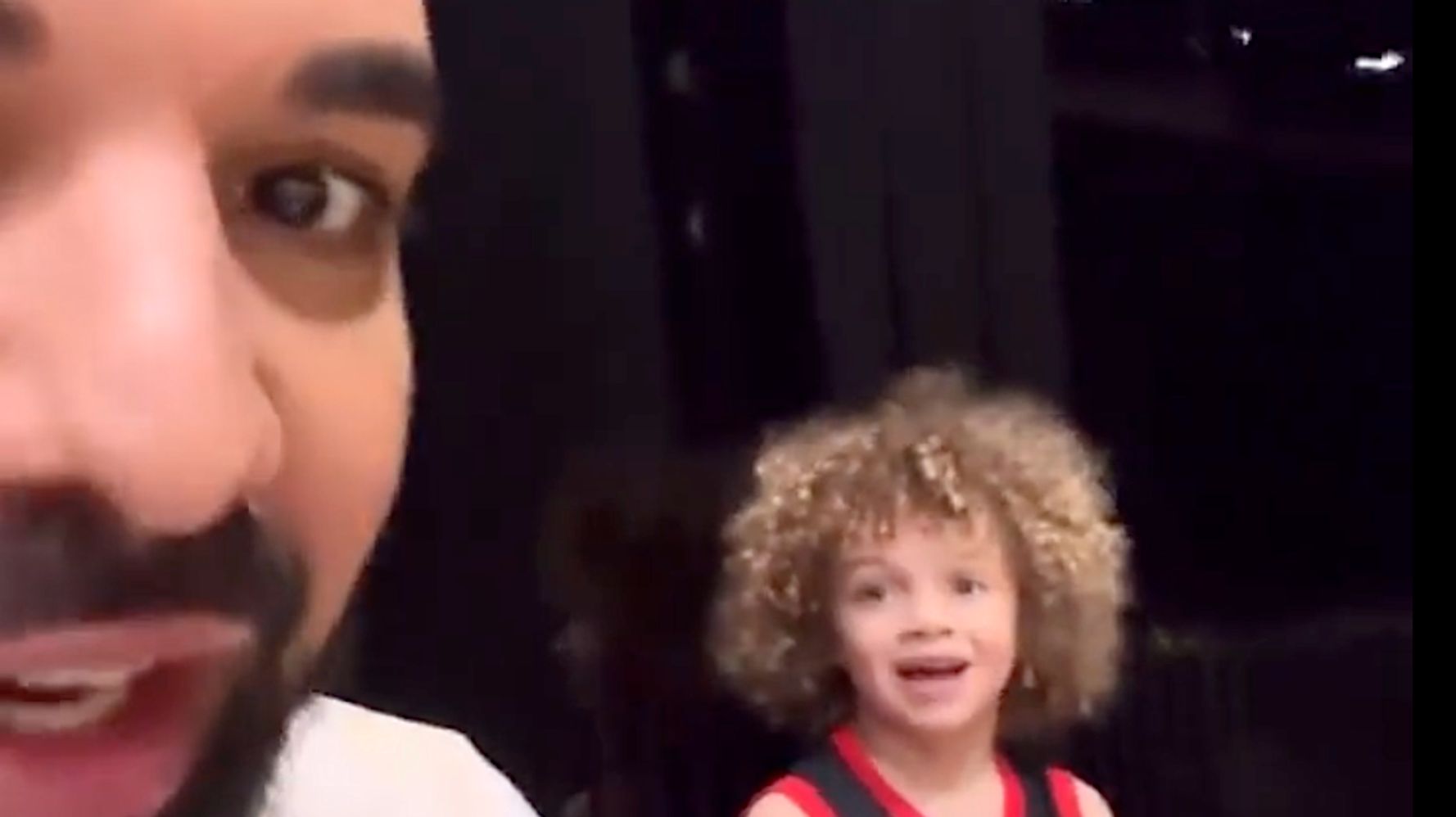 Drake’s 4-year-old son Adonis seems to have picked up the rapper’s love of basketball. (Watch the video below.)

In an Instagram story the “Hotline Bling” rapper shared Wednesday, Drake compliments the lad on his shooting skills after he apparently made 4 of 5 attempts.

“Where’d you learn to shoot like that?” Drake repeatedly asks in the clip.

“I don’t know!” Adonis answers with a shrug but later reveals he’s been practicing at school.

The kid makes it clear that he wants the highlights of his shooting feat, and we can’t imagine Dad, who’s getting a big kick out of the exchange, saying no.

The two took in multiple Toronto Raptors games together this season, but Drake’s hometown team was eliminated last month from the NBA playoffs.

Here are a few photos of father and son at Raptors games:

The Top Sigma Gamma Rho Graduation Photos of Spring 2022
Chris Brown On Past Beef & Current Relationship With Drake
Why Does the Media Choose to Demonize Black Men?
TikTok And Barnes & Noble Announce New #BookTokChallenge To Encourage Summer Reading
A Lot Of Far-Right Candidates Got Walloped In This Week’s GOP Primaries