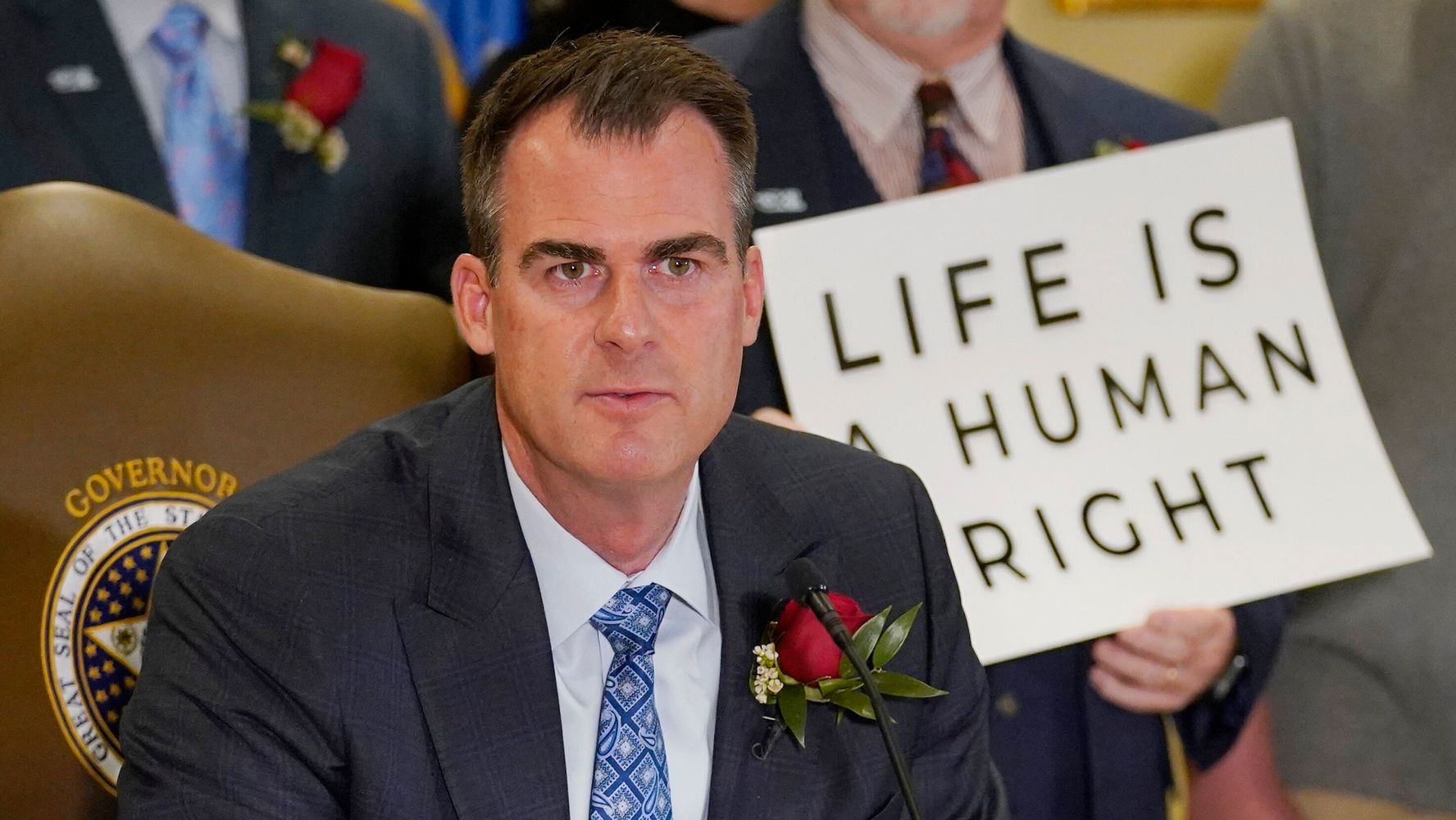 Oklahoma is now the state with the most restrictive abortion legislation in the country after Gov. Kevin Stitt (R) signed a total abortion ban on Wednesday.

“I promised Oklahomans that as governor I would sign every piece of pro-life legislation that came across my desk and I am proud to keep that promise today,” Stitt said in a statement.

The enforcement mechanism deputizes any private citizen — even if they’re not in Oklahoma — to enforce the law by offering a bounty to anyone who successfully sues someone aiding or abetting a person seeking an abortion. The Texas-style enforcement mechanism ensures that the Oklahoma ban will likely successfully skirt any future court challenges, or at least stay in place until the Supreme Court can overturn Roe v. Wade in the coming weeks.

The law has exceptions when the pregnant person’s life is at risk, and in cases of rape or incest. The two latter exceptions can only be used if those crimes are reported to police, and both crimes are widely underreported.

“Today’s news from the Oklahoma legislature comes amidst a slew of anti-abortion bans and restrictions across the country. But this is not one more ban, it is not another ban ― this is a first,” Emily Wales, president and CEO of Planned Parenthood Great Plains, said on a press call when the ban passed through the state legislature earlier this month.

“Today’s ban, which encourages bounty hunters to sue their neighbors or strangers for accessing abortion care at any stage of pregnancy, is a reversal of history happening in front of our eyes,” Wales said. “Once signed, abortion will be illegal in Oklahoma ― full stop.”

Pro-choice advocates have argued that bans that restrict abortion at fertilization would feasibly also ban contraception and the so-called morning-after pill. The Oklahoma ban clarifies that it does not apply to contraceptives, including emergency contraception pills like Plan B.

Oklahoma’s state legislature worked overtime this session to introduce and pass a slew of extreme and redundant anti-abortion laws. Earlier this month, Stitt signed the “Oklahoma Heartbeat Act” into law, which bans abortion at around six weeks and also uses the Texas-style enforcement mechanism. There are no exceptions for rape or incest, and the law went into effect immediately after the governor signed it.

Lawmakers in the Sooner State also passed an unconstitutional bill that makes performing an abortion a felony punishable by up to 10 years in prison. Stitt recently signed the bill into law, and it goes into effect in August.

“There’s really no rhyme or reason [for the redundancy of these bills] other than a radical attempt to just confuse people, create chaos and wreak as much havoc as they can possibly do on people who are seeking abortion and the providers who provide it,” said Rabia Muqaddam, senior legal counsel at the Center for Reproductive Rights.

It can already be extremely dangerous to carry a pregnancy to term in Oklahoma. The state has one of the highest maternal mortality rates for Black people in the entire country.

Abortion providers and pro-choice lawmakers spoke to HuffPost earlier this month about how severe restrictions in Oklahoma will devastate abortion access in the region. Since a six-week abortion ban went into effect in September, Texans have been traveling in droves to Oklahoma to receive abortion care. Now, Texans and Oklahomans will likely travel to Kansas if they have the resources, but Kansas only has four abortion clinics left.

It’s unlikely those four clinics will be able to accommodate patients from Texas and Oklahoma, as well as Kansans themselves. New Mexico and Colorado will probably also see an influx of patients, but only those who have the resources to travel longer distances.

“What makes it different now is that we don’t have the backstop of the United States Supreme Court upholding precedent,” Oklahoma House Minority Leader Emily Virgin (D) told HuffPost earlier this month, referring to the 6-3 conservative majority on the high court and the upcoming decision expected to overturn or gut Roe v. Wade.

The Supreme Court draft opinion that leaked earlier this month revealed the conservative majority court is poised to overturn Roe in just a few weeks. The news sent pro-choice groups scrambling to preserve federal abortion protections, while many abortion opponents took a victory lap. If Roe is overturned, 26 states will immediately ban or severely restrict abortion.

Does Stand-Up Comedy Still Have The ‘Right To Offend?’
Being My Authentic Black Queer Self Has Allowed Me To Become The Role Model I Was Always Looking For
Simone Biles Set To Become Youngest Athlete To Receive Presidential Medal Of Freedom Honor
Trevor Noah Laments One Drastic Measure Women Have To Take After Roe Repeal
Los Angeles County Returns Oceanfront Land Seized From A Black Family In 1924