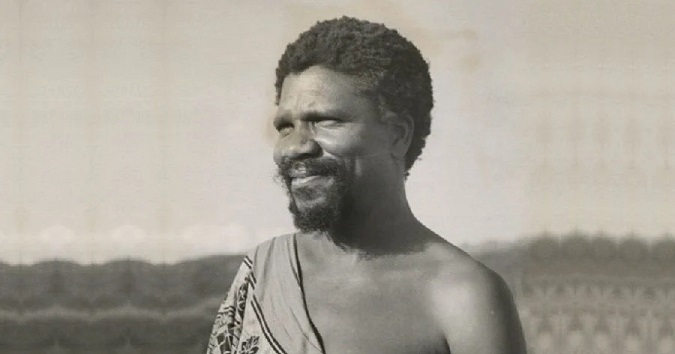 King Sobhuza II was the first ruler of independent Eswatini (formerly Swaziland). He was born on July 22, 1899 at Zombodze in the British protectorate of Swaziland. His parents were Inkhosikati Lomawa Ndwandwe and King Ngwane V. He was given the name Nkhotfotjni. On September 10 the infant was named heir to the throne. Four months later, on December 8th his father died at the age of 23 during the incwala (First Fruits) festival. He ascended to the throne as Sobhuza II at the age of 4 months. A queen regent, his grandmother, Labotsibeni, ruled during his infancy and childhood. The young king attended the Swazi National School as a child. He later attended the Lovedale Institute in South Africa for secondary school.

Sobhuza II was installed as a constitutional ruler of the Swazi on Dec. 22, 1921. At the time, Swaziland was one of Great Britain’s High Commission territories in southern Africa. During the colonial period Sobhuza II played a mostly ceremonial role and was revered as the traditional head of the Swazi nation.

In preparation for Swazi independence in the late 1960s, the British hoped to create a parliamentary system with a constitutional monarchy in Swaziland. Sobhuza II was opposed to this idea. He and several of his prominent supporters formed a political party, the Imbokodvo National Movement, which won all parliamentary seats in the 1967 pre-independence election.

On September 6, 1968 Swaziland became independent with Sobhuza II as head of state. Over the next few years Sobhuza II created and equipped a private, secret army. On April 12, 1973 with the support of his private militia, Sobhuza II repealed the constitution and dissolved parliament. He now held absolute power in Swaziland.

In 1978 a new constitution was adopted which reflected traditional Swazi culture. An electoral college of 80 members (the Libandla) who’s members were chosen by 40 local councils across the country, was established. The local councils are generally dominated by Swazi traditionalists; strong supporters of the monarchy. In 1977 Sobhuza II set up a traditional tribal advisory panel; the Supreme Council of State, or Liqoqo.

Sobhuza II also used traditional social methods to maintain his authority. He was a strong proponent of polygamy. He married into prominent families and is reported have had at least 70 wives and up to 500 children. At his death he had over 1,000 grandchildren. His own clan, the Dlamini, accounts for almost one-quarter of the population of Eswatini.

Under Sobhuza II Swaziland was able to maintain good relations with more powerful neighbors, both apartheid-dominated South Africa and Marxist Mozambique. The country developed its natural resources expanding iron and asbestos mining. Tourism also became an important element of the economy during his reign. The largest man-made commercial forest is found in Swaziland.

King Sobhuza II died on August 21, 1982 at the age of 83. He had reigned for 82 years and 254 days. This is the longest verifiable reign of any monarch in history. He was succeeded by one of his sons, Makhosetive, who became King Mswati III in 1986.