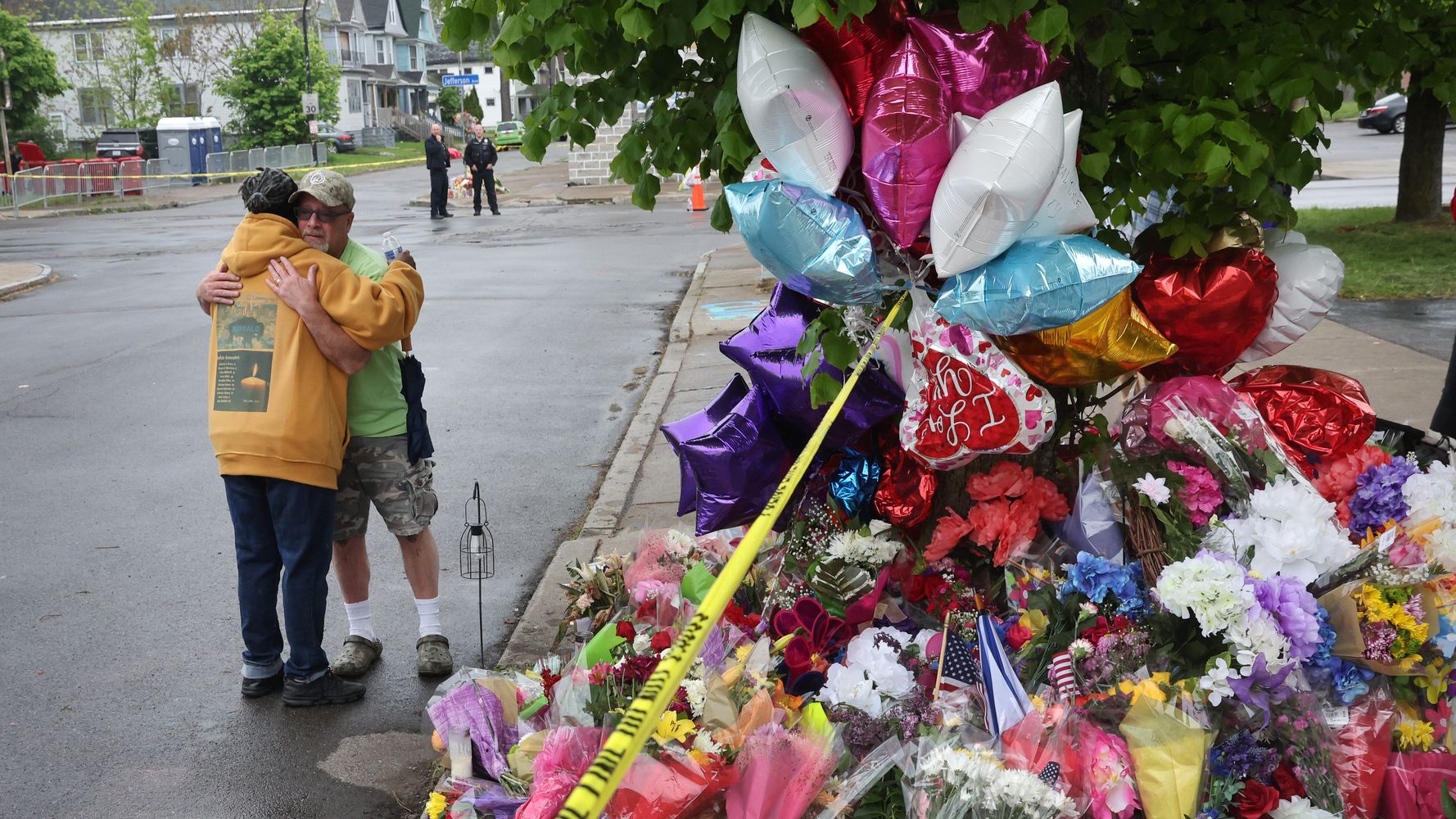 On Friday, July 20, 2012, James E. Holmes walked into an Aurora, Colorado, movie theater and purchased a ticket. He then walked to an emergency exit, propped the door open, walked outside, grabbed weapons from his car, walked back into the movie theater and began shooting.

I couldn’t believe it. Having once dreamed of writing movies, I often went to the movies alone. Not because I was a loner but because I wanted to study films in silence. I didn’t want to be bothered with questions or snacks. Hearing that a gunman had burst into a movie theater and began shooting at anyone who was in the theater wasn’t just insane to me, it was difficult to digest. I had to identify out; this was in Colorado, a bazillion miles away from Greenbelt, Maryland, where I often went to see movies. This was some crazy white guy, doing crazy white guy stuff. It would never happen here.

Alexis was a former Navy aviation electrician’s mate who had been honorably discharged after several run-ins with the law. In one of those instances, Alexis “blacked out” during an argument, pulled out a gun and shot the man’s tires out.

On Monday, Sept. 16, 2013, Alexis drove his rented Toyota Prius down to the Navy Yard in Washington, D.C., wearing a shoulder bag that contained a disassembled shotgun. He walked into Building 4 and then up to the fourth floor, where he’d been working as a contractor, and slipped into a bathroom where he assembled the shotgun, and then slipped back onto the floor and opened fire.

Whatever I’d forced myself to believe about mass shootings had been shattered. This happened in my backyard. No longer could I hold on to the myth I’d created about this being a fringe white man crime as Alexis was Black. I know it sounds stupid even as I write it, but it’s true. I’d comforted myself creating mass shootings as a disgruntled, embattled white male aggression that would only happen should I wander down to Capitol Hill. I never wandered down to Capitol Hill.

On June 12, 2016, Omar Mateen walked into a back entrance to Pulse, a gay nightclub in Orlando, Florida, on “Latin Night” around last call and began opening fire. Within five minutes, he let off some 200 rounds. There was a standoff between the police and Mateen. Mateen claimed that the attack was a response to the killing of Abu Waheeb in Iraq a month before. After three hours of negotiations, Mateen was shot and killed by Orlando Police.

That was until Oct. 1, 2017, when Stephen Paddock, a man from Mesquite, Nevada, went to the Route 91 Harvest music festival in Las Vegas and from his 32nd-floor window in the Mandalay Bay Hotel opened fire.

Depression is an easy state to manifest but a hard state to leave. It doesn’t happen overnight, but over time. Once you realize that the weight has become heavy, it’s usually too hard to lift on your own. It wears you down until sleep becomes refuge, air becomes inconsequential, food becomes optional.

My father used to tell me this story. I don’t know if it’s his or not, but it goes like this: If you want to break an elephant, you have to get them when they are babies, and you tie a heavy weight to their legs; say around 200 pounds. No matter how hard they pull they won’t be able to move that weight. You leave that weight on them long enough and over time they’ll just give up. So it won’t matter when the elephant grows to weigh several tons — all you have to do is break out that weight and tie it back to their legs. The elephant will believe that they are stuck. They won’t even try to escape.

“It’s exhausting to know that all of the above shootings happened in only a five-year span. They were all national news. All taxing. All came with politician promises and thoughts and prayers.”

That’s where I am now. Much like depression, I didn’t just get here. It takes time to become disconnected from hope. You don’t just decide that the fight is pointless; you have to get beaten up for 10 rounds until you can’t see straight and then you give up the fight.

On Saturday, May 14, a gunman wearing a helmet camera and body armor pulled up outside a Tops Friendly Market and opened fire. He walked the aisles of the supermarket in a predominantly Black neighborhood in Buffalo, New York, looking for Black people to kill. At one point in the livestream he broadcast to streaming site Twitch, the gunman sees a white person hiding near the checkout and aims the gun at him before realizing that the man is white. The gunman can be heard saying, “Sorry!” before stalking away looking for more Black bodies.

It’s exhausting to know that all of the above shootings happened in only a five-year span. They were all national news. All taxing. All came with politician promises and thoughts and prayers.

Then, nothing happened. Nothing changed. No legislative fixes, no national ban on automatic weapons or body armor. Nothing.

It was a few years before the start of prohibition, back when America was still trying to act like it didn’t have a drinking problem, that the Tommy gun was invented. In 1918, John Thompson created the first lightweight submachine gun that could fire multiple rounds without having to stop and reload. This first-of-its-kind, fully automatic gun was initially marketed to police, but as with most things, it didn’t take long for the gun to find its way into the hands of gangsters.

On Feb. 14, 1929, America experienced what was up until then one of its deadliest shootings. Four men, all dressed as police officers, walked into a notorious Chicago street gang’s garage and opened fire. When the dust settled, seven members of George “Bugs” Moran’s crew had been killed.

In 1934, some five years after the Valentine’s Day Massacre, Congress had Karl Frederick, the then-president of the National Rifle Association, come testify as to whether a federal gun control law would violate the Second Amendment.

Frederick’s answer was bullshit, but Congress did decide to pass the first federal gun control law in American history: The National Firearms Act of 1934, which was basically a $200 tax (which was a large amount of money for the time) to prevent the transfer of said weapons. That went about as well as expected.

Technology would improve upon the original design. Guns would get better, faster and could hold more ammunition. People kept dying.

And here we are, some 90 years later, and America is still pandering to the NRA. The only Constitutional amendment that seems to be irrefutably and unabashedly upheld is the Second Amendment; and mass shootings are just about as American as NASA and Nike sneakers.

I have accepted that America is perfectly fine with mass shootings, as difficult as that is for me to write. It doesn’t mean that I’m not sympathetic to those families suffering right now. I am. I feel for them. I can’t imagine what they must be going through.

But I would be lying if I didn’t point out that we’ve seen this all before. We’ve seen Democrats arguing for stricter gun laws and Republicans claiming that the onus is on mental health. We’ve seen the newscasters swarming on the devastated areas. We’ve seen all of the compassion and empty promises of change — and then nothing.

Not one legislative change. Not one fundamental push for common-sense gun laws. I remember after the 2018 mass shooting at Marjory Stoneman Douglas High School in Parkland, Florida — you know, the shooting that Rep. Marjorie Taylor Greene believes was staged — that there was a push for teachers to be armed and demand for bulletproof book bags soared.

America doesn’t want to end mass shootings because ending mass shootings would require doing something beyond lip service. As we’ve made it clear over and over again, we’re not going to do anything about gun violence because our politicians have decided that the right to own and operate a gun is more sacred than the right of others to live free of bullet holes.

We could hold shooters, gun makers, killers responsible. We could hold ourselves accountable, but we don’t want to because it might upset someone who owns a gun, and we all know that all gun owners clearly matter. All lives? No. Black lives? Definitely not. But the gun. Won’t someone think of the gun, a weapon created to kill? That may sound deranged, but that is what we have decided as a body politic. Why else would this keep happening?

Trevor Noah Laments One Drastic Measure Women Have To Take After Roe Repeal
Masked Kanye West Returns To Public Eye With Surprise BET Awards Appearance
Instagram Teams Up With The Brooklyn Museum To Honor The Legacy Of Virgil Abloh With #BlackVisionaries Program
The Fall Of Roe Will Hurt Abortion Access In Blue States, Too
The Top Zeta Phi Beta Graduation Photos of Spring 2022