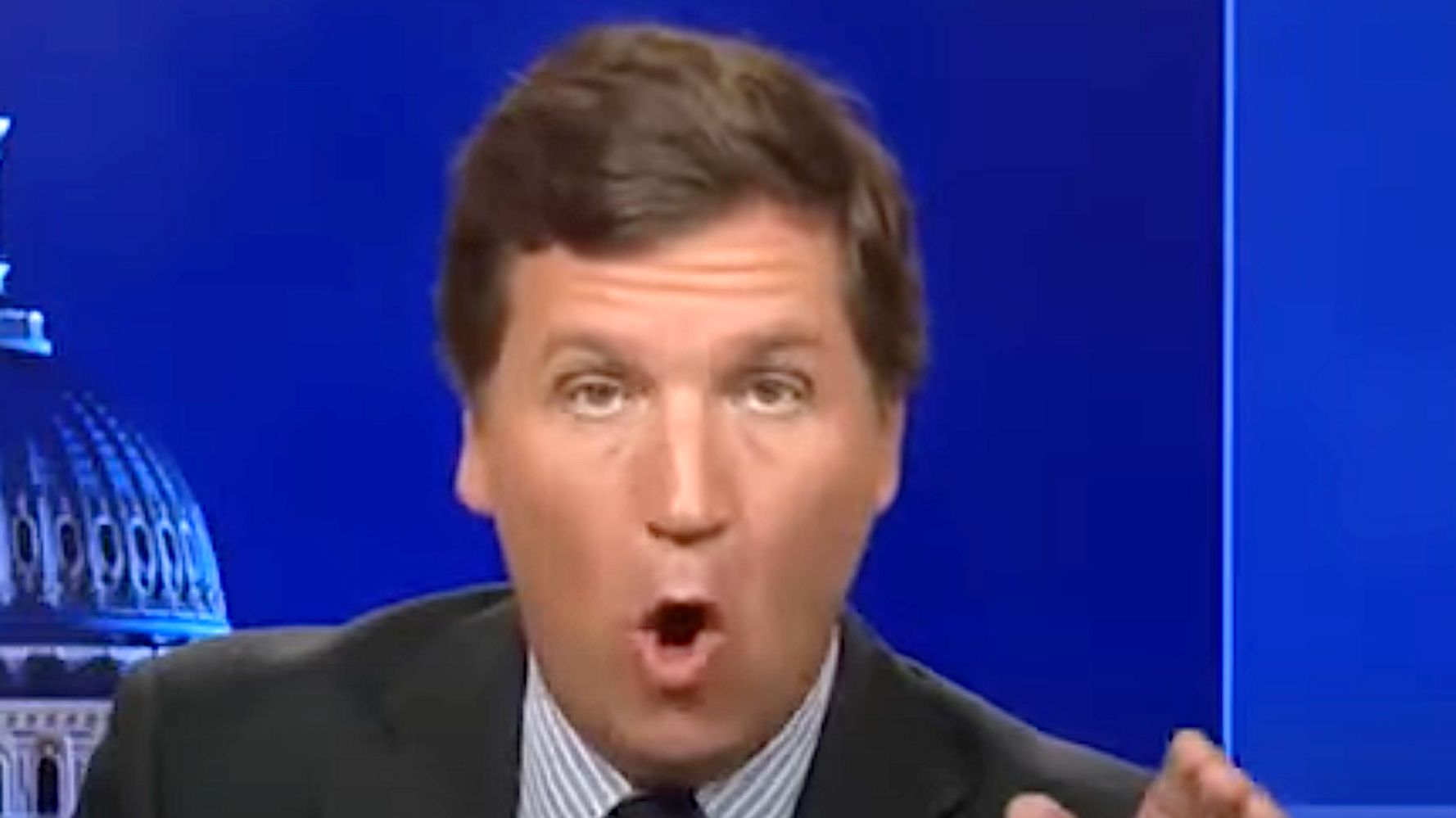 Tucker Carlson on Thursday said he doesn’t believe that the self-professed white supremacist charged in the shooting deaths of 10 people in a Buffalo, New York, supermarket was influenced by racist ideology. (Watch the video below.)

The Fox News host used a domestic terrorism bill passed by the House this week as a jumping-off point into denial of the problem. He obfuscated the definition of white supremacists and hate crimes ― “whatever those are” ― and referenced Martin Luther King Jr. to bolster his argument.

After showing a clip of lawmakers decrying the proliferation of racially motivated domestic terrorism, Carlson offered his twisted take:

“So, they are continuing to tell you, in the face of all available evidence, that the mass murder you saw over the weekend in Buffalo was inspired by hateful right-wing rhetoric, when in fact that mass murder was committed by someone with diagnosed mental illness that the adults around him apparently ignored,” the prime time star said.

“So, you saw a shooting by a crazy person that has been hijacked by partisan forces to crush political dissent, to attack civil liberties in this country. You should care about that,” he continued.

Mediaite noted there’s been no public disclosure of the accused shooter’s mental health diagnosis after an evaluation last year.

The accused Buffalo shooter repeatedly cited the white supremacist “great replacement” theory in a 180-page racist manifesto. That idea, repeatedly promoted by Carlson on his show, baselessly holds that white people are being replaced by people of color through immigration and other means.

The accused killer conducted reconnaissance at the store in March and reportedly showed others detailed plans of his attack shortly before he carried it out.

Police say he revealed his intention to kill more people at another store in the same neighborhood if he had not been stopped.