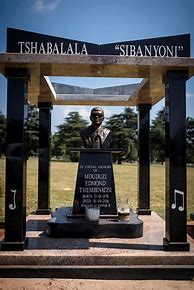 Chief Sekhonyana Nehemia Maseribane, the first prime minister of Basutoland in the Drakensberg Mountains and a descendant of King Moshesh, the first son of Mokhachane, a minor chief of the Bamokoteli lineage, was born on May 4, 1918, in Mount Moorosi, Basutoland, now the country of Lesotho which is encircled by South Africa, bordering KwaZulu-Natal, Free State, and Eastern Cape.

Maseribane received his secondary educated in the Roman Catholic missionary schools and had been a member of the Basutoland National Party (BNP). This political party was founded in 1959 in colonial Basutoland by Chief John Leabua Jonathan, who had the presidency in the Basuto courts.

From 1940 to 1946, Maseribane worked in South Africa as a medical assistant. Afterward, he returned to Basutoland and became president of the Tribal Court and adviser to the Paramount Regent.

In 1965, Maseribane served as prime minister of the country for two months, May to July, when it was a British Crown colony operated by an Executive Council and a series of British Resident Commissioners. He was succeeded by the second prime minister Jonathan, who was four years Maseribane senior, born in 1914. In addition, he received an abundance of traditional support because of his heritage and his skills as a leader.

During Maseribane’s brief leadership, when it was called the Territory of Basutoland, the country’s population was 922,307, comprising primarily of Basotho ethnic group with smaller percentages of other groups including the Xhosa, Khoisan (includes San), Bantu, and the Sotho-Tswana. The political parties in Basutoland during Maseribane’s rule were Basutoland National Party which led the country to independence, Basutoland Congress Party, Marematlou Freedom Party, Marema-Tlou Party, and Independents.

In 1966, Basutoland became an independent country from the United Kingdom and was renamed the Kingdom of Lesotho. During this period, Maseribane later served as Minister for Home Affairs. He managed the migration of the people regarding their constitutional right of freedom of movement, ensuring that the indigenous community and their properties were adequately registered. In 1970, Maseribane was appointed Minister of Agriculture under the new government’s rule.

Chief Sekhonyana Nehemia Maseribane died on November 3, 1986, in the Maseru District of western Lesotho. He was 68.

In 1987, a year after the death of Chief Sekhonyana Nehemia Maseribane, the High Court of Lesotho appointed his wife as an acting Chieftainess of Mount Moorosi until a new male chief could be appointed.

Joe Biden To Award Presidential Medal Of Freedom To 17 Recipients
Why Are So Many People Trying to Hide America’s History?
Democrats Want Biden To Be More Aggressive On Abortion Rights
The Top Omega Psi Phi Graduation Photos of Spring 2022
Biden Told Brittney Griner’s Wife He’s Working On Her Release As Soon As Possible