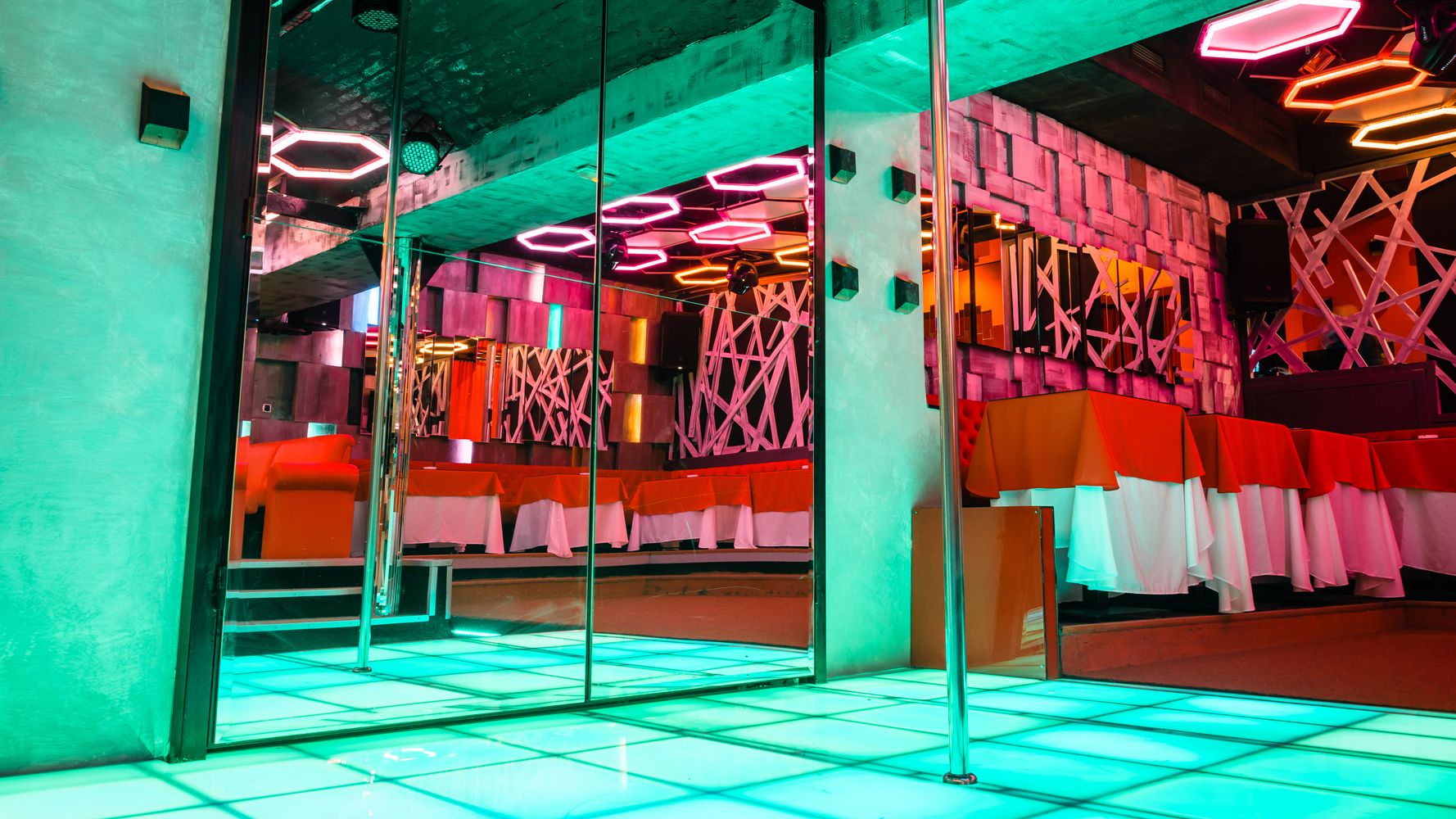 A little over three months ago, my friend Diamond, her friend, and I showed up to audition at a strip club in Florida. I was a nervous wreck ― the promoter made it clear that girls who did not “look up to par” would be sent home immediately. Looking up to par meant that our nails, hair, and makeup were done, our underarms and bikini areas were waxed, and we were each wearing an alluring two-piece.

When we got to the backroom, my anxiety dissipated as I looked in the mirror. I saw a beautiful Black woman staring back at me. I put on a red two-piece, fluffed out my Afro, reapplied my lip gloss, and waited for my turn to audition.

The dancing manager, a woman I later knew to be Cheryl, told me to stand up against the wall and she took photos of me from different angles. When she was finished, she told me that she would let me know what the boss thought.

Not long after, Cheryl pulled me aside and told me, “I’m sorry, but the boss says you cannot dance tonight because your hair is not done.”

“The boss didn’t like it. You can come back when it’s done,” she said.

My heart sank to my stomach. I was confused. This was a Black-owned club. If I should be accepted anywhere with my Afro, it should be here.

I looked around me and noticed that all of the other Black girls had their hair straightened, in long braids, or wore wigs and that the only women with their natural hair out were those who had a loose curl pattern, 1a-3b.

“I drove with my friends. I’m an hour away from home ― I guess I could try and change my hair?” I stammered.

A couple of years ago, I straightened my hair at a Dominican salon in the Bronx. The stylist mixed the perm solution with the conditioner, which resulted in my hair falling out when I washed it a week later. Since growing it back out, I have tended to my hair like a garden: I gently rake it beginning at the top and then making my way down to the roots. During that experience, I came to find that my hair was admirable, lovable, and worth protecting and standing up for to anyone who said otherwise. I felt something in me surrender when I told Cheryl that I would try to change my hair.

A hard rock sat in my stomach and I felt shame ― not from the stigmatization of sex work, not from standing in the hallway in a revealing outfit, but the shame that arises when you must change ― conform yourself ― to satisfy Eurocentric modes of beauty that say you can be Black, but not too Black — that you can wear your natural hair, but only if there is a loose curl pattern, not the nappy 4b Afro that graciously sprung from my scalp.

I took a deep breath and went into the backroom. There was the smell of burned flat iron hair, Victoria’s Secret perfume, Chanel, and Pink Mist mixing in with the odor of feet. Six-inch stilettos were scattered around the room, and more girls had arrived to audition. Those with their natural hair out had cornrows and were preparing to melt their lace fronts. Those without wigs who had the type of hair where if you run your fingers through they get stuck ― they would have to see themselves out of the club.

Diamond was in the corner swooping her edges into dramatic concentric circles. Her long, 20mm eyelashes fluttered when she asked me how my audition went.

“Yup, sounds about right ― I’m surprised they let me dance with my hair,” she said. Her hair was in box braids.

“Those without wigs who had the type of hair where if you run your fingers through they get stuck — they would have to see themselves out of the club.”

I sighed, gathered Eco Style gel, edge control, a scrunchie, and a pen that I’d use as a makeshift comb and I went into the bathroom. A girl I’d later know to be Raven gazed attentively in the mirror as she patted her face with setting powder. She had long blond and brown Senegalese twists that hung gracefully down to her lower back. She wore a Zaffre two-piece with rhinestones outlining her bralette and panty. I turned on the cold water faucet and dipped my head in the sink. I wasn’t looking at Raven, but I could feel her eyes on me when I came up, my hair now wet, curlier and softer. I reached for a tissue to stop the water from running down my face.

Raven gathered her items into her brown sports bag and said, “Your hair is beautiful,” as she prepared to leave the room. I sarcastically chuckled and told her, “Yeah, well they said I had to change my hair because they didn’t like it.”

“I ain’t surprised,” she replied. “I’m surprised no one has said anything about my hair to be honest. This is what it’s like for Black girls.”

She turned to leave, and without turning back around, she told me, “Good luck, though.”

When I tell this story to other dancers, colleagues, peers, and friends, they give me the same response Diamond and Raven did: That that’s how it is and how it has always been. If you want to make money, you must not appear too Black. Even a Black-owned club isn’t guaranteed to be an exception to this rule.

Brooks concludes, just as Diamond and Raven did, that, “racism against Black women in this industry is viewed as normal because … the sex industry is based on ideas of customer taste and preference.” And these notions of customer taste ― who is desirable and who is not ― do not originate with club owners, but rather reflect systemic anti-Black constructions of beauty.

Dancers ― sex workers at large ― especially Black folks within this industry, are fighting multiple battles at once. We are not only confronted by the shame and judgment from our peers and family, but we are also routinely discriminated against, which in turn, affects how much money we are able to make. It is not uncommon for Black women to not be hired at clubs because of our complexion, our body type, our hair, or any number of other factors related to Blackness. One of my good friends told me she auditioned at eight clubs in one night and none of them hired her because she was “too dark.”

The night of my audition at this club in Florida, I reappeared from the bathroom and looked for Cheryl ― this time my Afro tamed into two plaited braids and a puff, with curly ringlets spilling in the front. I located Cheryl and auditioned for her again. Moments later, she returned from speaking with the boss with a thick contract in her hand. “Sign here. Initial there. Date here,” she told me. And I did. I swallowed my pride and laced up my heels.

Note: Names and some details have been changed to protect the privacy of individuals mentioned in this piece.

Do you have a compelling personal story you’d like to see published on HuffPost? Find out what we’re looking for here and send us a pitch.

I Took My White Husband’s Last Name. I Didn’t Realize How It Would Affect The Rest Of My Life.

My Son Asked Me How Two Men Have Sex. My Reaction Surprised Me.

I Went To A Brothel With My Boyfriend. It Was Nothing Like What I Expected.