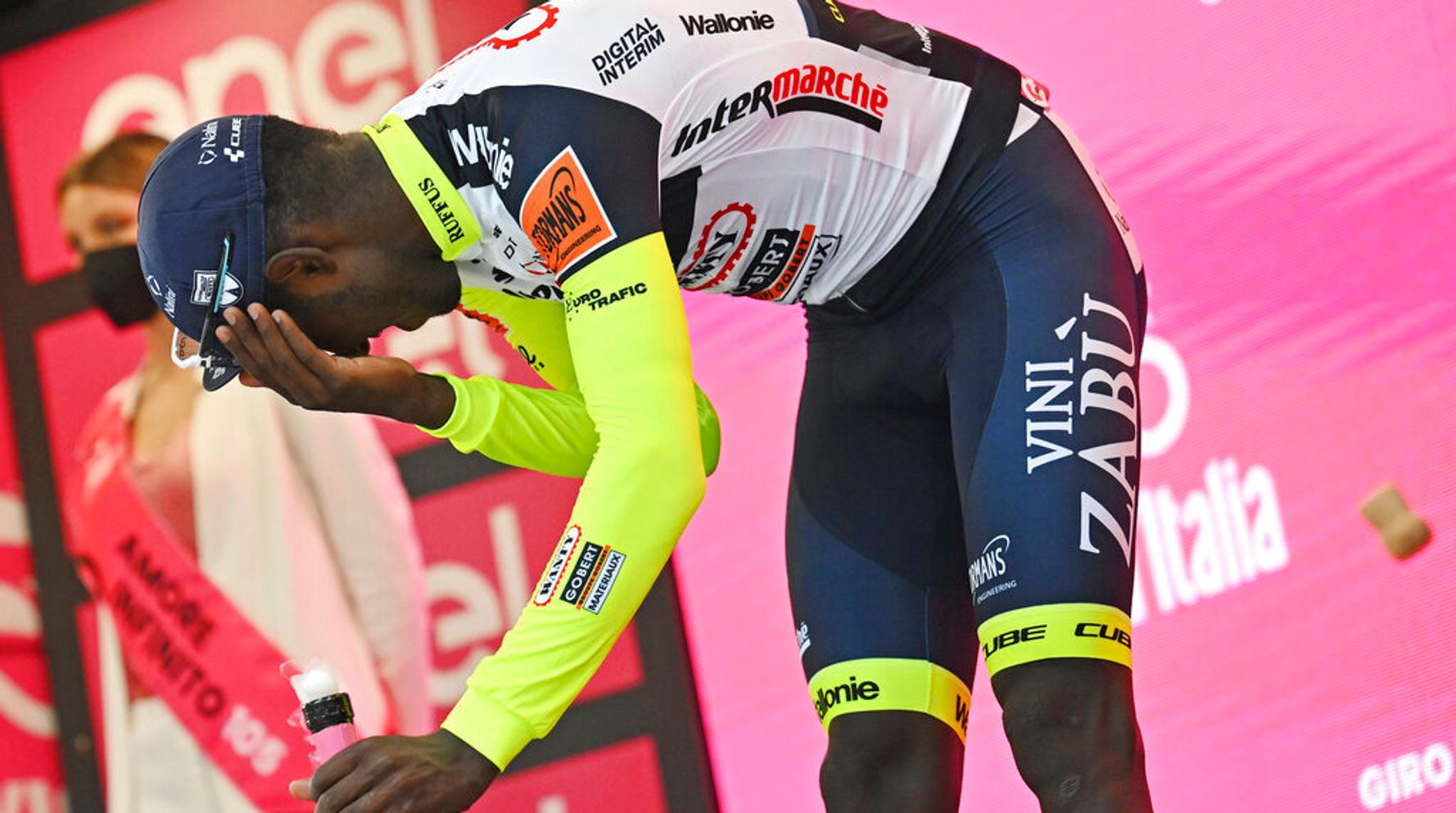 JESI, Italy (AP) — An Eritrean cyclist who was celebrating a victory at the Giro d’Italia cycling competition was struck in the eye by a cork popped from a bottle of Italian sparkling wine and forced to withdraw Wednesday from the race.

Biniam Girmay had just become the first Black African to win a stage at a grand tour when he won the sprint to the line in the Italian city of Jesi, the 10th stage of the 3,480-kilometer (2,162-mile) Giro competition on Tuesday. But he was rushed to a hospital after getting hit in the left eye by a prosecco cork he popped open during the podium celebration.

Medical tests revealed a hemorrhage in his eye and the team doctor said it was “strongly recommended” he avoid physical activity.

“The news about the incident felt like a cold shower,” said Girmay’s team director, Valerio Piva. “It is of course a pity to lose an element like Biniam, but the advice of the medical team is clear and the health of Biniam is our priority.”

The 22-year-old Girmay still celebrated the victory over Mathieu van der Poel — one of the top riders in the sport — with his Intermarché-Wanty-Gobert Matériaux teammates when he returned from the hospital.

“When I arrived after the hospital, the bad moment, I enjoy a bit with my teammates, the staff, everybody,” Girmay said in a video on his team’s social media channel.

“I’m also happy now. I was a bit sad about what happened with the champagne but when I come back to the hotel they were super happy also,” he said.

“They were a bit afraid but when I looked OK we really enjoyed. But today luckily I didn’t start the race because still my eyes, I need some rest to give more power to the eye … I’m OK now, see you soon.”

In March, Girmay became the first rider from a sub-Saharan country to win a single-day classic at the Gent-Wevelgem race.

Girmay almost won the Giro’s opening stage this year, for which he would have also worn the famous pink jersey of the overall leader. But he was edged by Van der Poel in a chaotic bunch sprint in Hungary.

“From the opening stage, Biniam Girmay showed that we were right to believe in our chances to win a stage,” team director Piva said. “It is remarkable to see how his teammates go though fire each day to obtain the best possible result and how happy everyone is to work with him.”