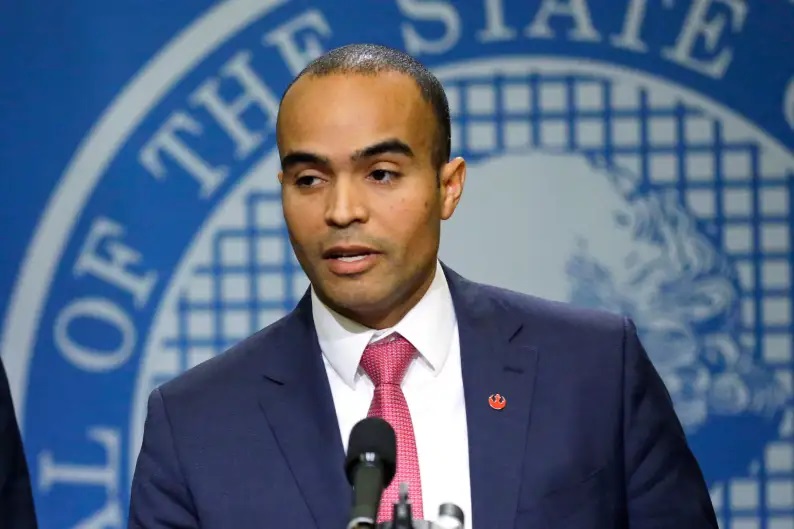 Brown served in the Army Judge Advocate General Corps from 2003 to 2007 at Joint Base Lewis McChord (JBLM); Fort Bliss, Texas; and Baghdad, Iraq. He achieved the rank of Captain, completed the Army Airborne Course, and was awarded the Bronze Star Medal in 2005. Brown served as an Assistant United States Attorney in the Western District of Washington from 2007 to 2013. He then served as General Counsel to Washington Governor Jay Inslee from 2013 to 2017, where he advised on an array of legal issues, including judicial appointments, criminal justice policy, Indian law, and clemency petitions. He played a key role in Inslee’s 2014 decision to impose a moratorium on the use of the death penalty in Washington. Brown then joined Pacifica Law Group in Seattle as a partner where his practice focused on representing public and private clients in complex litigation and political matters. At the same time, Brown served as a Commissioner on the City of Seattle Ethics and Elections Commission and was elected Chair of the Commission in 2020.

Nominated in 2021 by President Joseph Biden to serve as the United States Attorney for the Western District of Washington, Brown became the first Black person to serve in the role.

Brown has volunteered his time for a number of public entities and non-profit organizations, including the Campaign for Equal Justice, the Washington State Bar Association Leadership Institute, Seattle Works, and Treehouse. He is a member of Sigma Pi Phi Fraternity.