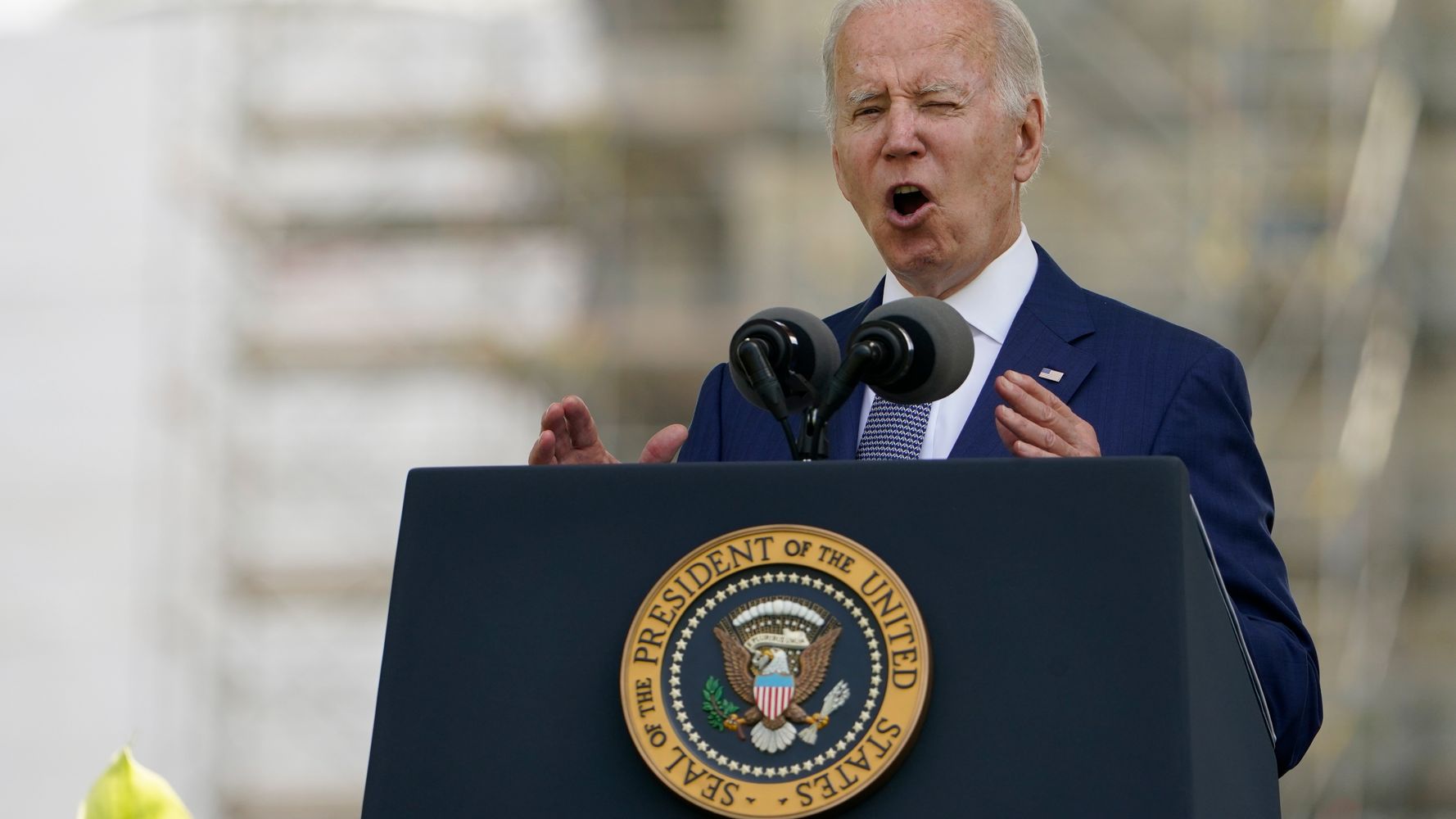 WASHINGTON (AP) — President Joe Biden urged unity Sunday to address the “hate that remains a stain on the soul of America” after a deadly mass shooting at a supermarket in Buffalo, New York, while state officials pleaded for federal action to end the ”uniquely American phenomenon” of mass shootings.

Addressing an annual law enforcement ceremony at the U.S. Capitol, Biden said he and his wife, Jill, pray for those who were shot “by a lone gunman, armed with weapons of war and hate-filled soul,” and their families.

Authorities say a white 18-year-old male in military gear opened fire on shoppers and workers at the supermarket on Saturday, killing 10 people, including a retired Buffalo police officer, and wounding three others. Most of the victims were Black.

Law enforcement officials said Sunday that the gunman had researched the local demographics while looking for places with a high concentration of Black people.

“We must all work together to address the hate that remains a stain on the soul of America,” Biden said at the 41st annual National Peace Officers’ Memorial Service honoring fallen law enforcement officers. “Our hearts are heavy once again, but the resolve must never, ever waver.”

“No one understands this more than the people sitting in front of me,” he added. The White House said the Bidens would travel to Buffalo on Tuesday to grieve with the community.

Biden, speaking at the ceremony for the second time as president, did not address the calls by New York officials — Gov. Kathy Hochul and Buffalo Mayor Byron Brown — for strong federal action to end what Brown said is the ”uniquely American phenomenon” of mass shootings.

The president also did not mention gun control efforts that have stalled in Washington.

Brown expressed frustration that “thoughts and prayers” and pledges to act are offered after every mass shooting, only to be be blocked by “some on one side of the aisle.”

“It seems like there are those that believe owning a gun is more precious than the sanctity of human life,” the mayor told NBC’s “Meet the Press.” “So I think people all across this country have to rise up. They have to speak more loudly and more clearly that there must be gun control in this country. This is a uniquely American phenomenon. These mass shootings don’t happen in other countries across the world.”

Brown said he would like to see “sensible gun control.”

Jill and I pray for the victims, their families and devastated community from yesterday’s mass shooting in Buffalo, New York. Our hearts are heavy once again but our resolve must not waver; we must work together to address the hate that remains a stain on the soul of this nation.

House Speaker Nancy Pelosi, D-Calif., said tighter gun measures are “a huge priority” for Democrats and the White House. She bemoaned the 60-vote threshold needed in the 50-50 Senate that has made it difficult to advance such legislation, but she pledged on CNN’s “State of the Union” that “we are not going away until the job is done.”

Hochul said most of the illegal guns being used on the streets of her cities come from other states. “We need a national response,” she told NBC.

“We need other states to step up. We need the federal government on our side,” said Hochul, a Buffalo native.

These Are The Names Of The Buffalo Massacre Victims