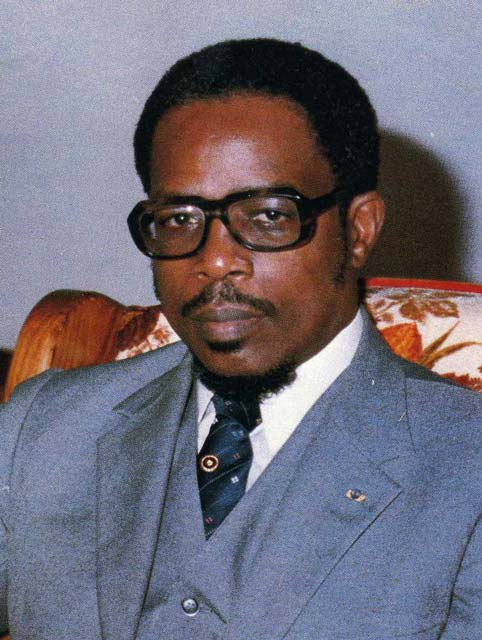 Sir Kennedy Alphonse Simmonds is a St Kitts and Nevis politician who served as the first Prime Minister of St Kitts and Nevis from 1983 to 1995. He was born on April 12, 1936 to Bronte Clarke and the late Arthur Simmonds and attended public school and Basseterre Boys School in St Kitts. In 1945 he was awarded a scholarship to St Kitts-Nevis Grammar School, which he attended from 1946 to 1954. In the same year he won the Leeward Islands Scholarship.

Sir Kennedy Simmonds studied medicine at the University of the West Indies from 1955 to 1962. He did his internship at the Kingston Public Hospital, Jamaica, in 1963 and received a postgraduate degree in 1966. Dr Simmonds worked as a resident in internal medicine at the Princess Margaret Hospital in the Bahamas from 1966 to 1968 and as a resident in anesthesia in Pittsburgh, USA, from 1968 to 1969. In 1970, he was awarded the Fellowship of American University of Anesthesiologists (FACA).

Previously, in 1955, Simmonds had worked as a senior chemist at the Sugar Association research laboratory in St Kitts. He practiced medicine in St Kitts and Anguilla from 1964 to 1966 and in St Kitts from 1969 to 1980.

Kennedy Simmonds began his political career as a founding member of the Peoples Action Movement (PAM) in 1965 and served as First Vice President from 1965 to 1976. He stood for parliamentary elections in the East Basseterre constituency in 1966, 1971, and 1975, losing to Labour Party candidates.

When he was appointed President of the Peoples Action Movement (PAM) in 1975, Dr. Simmonds won the by-election in Central Basseterre to fill the seat left vacant by the death of Prime Minister Sir Robert L. Bradshaw. He won the Central Basseterre seat again in 1980, 1984, 1989 and 1993, but lost to Labour’s MP Dwyer Astaphan in 1995 and 2000.

In 2004, Simmonds was appointed Knight Commander of the Order of St Michael and St George by Queen Elizabeth of Great Britain. In 2015, Sir Kennedy Simmonds became the fifth person to be named a National Hero by the St. Kitts and Nevis National Assembly and the first living person to receive this honour. In 2019, Simmonds published an autobiography titled The Making of a National Hero. In 2021, Simmonds received an honorary doctorate from the University of the West Indies.