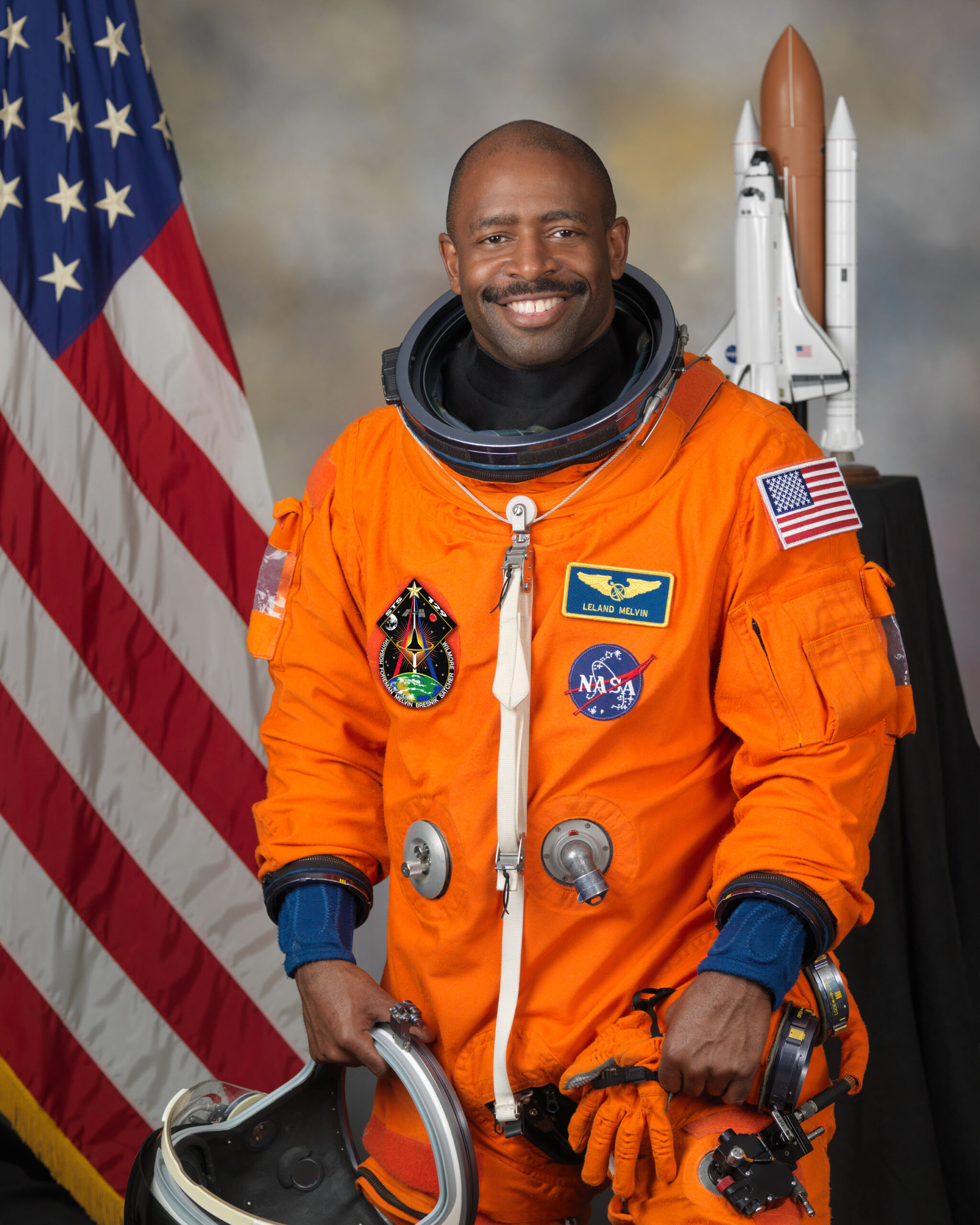 Leland Melvin is a former NFL player, chemist, and retired NASA astronaut. He was born in Lynchburg, Virginia on February 15, 1964, to Deems and Grace Melvin. At an early age, he developed an interest in chemistry after his mom bought him a chemistry set. Melvin started playing football at age 7 and eventually became a standout wide receiver in high school. After graduating from Heritage High School in Lynchburg in 1982, he received a football scholarship at the University of Richmond to play as a wide receiver. 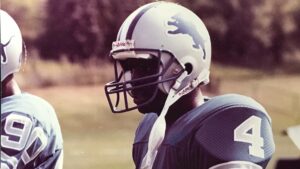 During his time in college, Melvin excelled in football. He became the university’s all-time leader in receptions while also honing and cultivating his interests in chemistry. In 1986, he graduated with a bachelor’s degree in Chemistry and later declared for the NFL draft. During the draft, the Detroit Lions picked him in the 11th round. After playing for one season, a torn hamstring during a training camp shortened his professional career. Melvin turned to his passion of science and decided to pursue a master’s degree in materials science engineering at the University of Virginia. During the 1987 NFL season, however, he received an invitation from the Dallas Cowboys training camp but declined the offer to focus on his graduate studies.

In 1991, Melvin graduated and accepted a position at the Evaluation Science Branch at NASA. His research primarily focused on fiber optics sensor groups by which he helped conduct the advanced instruments for evaluations. He measured stain, temperature, and chemical damage in both metallic and composite structures and worked on other projects that determined damage to aerospace structures. 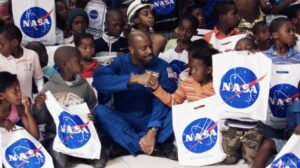 In 1998, NASA’s Astronaut Corps selected Melvin to train for “space walking” in order for him to participate in space missions. In April 200 during a training session, Melvin lost his hearing in his right ear because of an underwater accident while wearing a 300-pound suit. Due to several unsuccessful surgeries to repair the damage to his ear, Melvin began working with robotics rather than continue hopes of flying into space. The father of a friend who had tragically died in the same underwater “space walking” accident encouraged him to consider flying again. Melvin made a request to get a signed waiver to fly in honor of his friend’s memory that was granted. As a result, he completed his training and went on two missions in 2008 and 2009, respectively, to the International Space Station as a mission specialist. He logged over 565 hours in space and became the 13th African American and the first former NFL player to fly into space. In 2018, he retired from NASA.

As an accomplished scientist, Melvin is a member of the American Chemical Society and Society. He has earned honorary doctorate degrees from Centre College, St Paul’s College, and Campbellsville University. He currently resides in Lynchburg, Virginia with his two dogs.