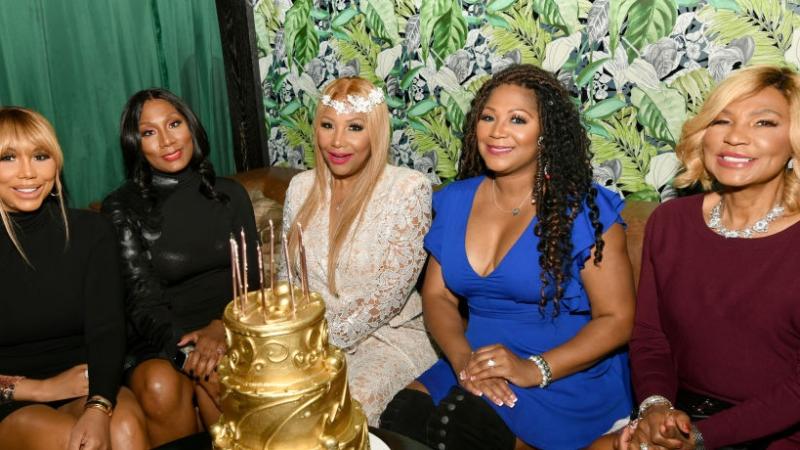 The Braxton family is comprised of five sisters – Toni, Traci, Towanda, Trina and Tamar. The sisters shot to fame after their show, Braxton Family Values, debuted on WEtv in 2011. The show quickly drew a large audience, tripling the network’s average viewership for the Tuesday 9 pm slot.

Each week, viewers tuned in to watch as the sisters navigated their personal and professional lives. Their mother, Evelyn Braxton, affectionately known as “Ms. E” joined the cast along with their brother, Michael. And in true reality tv fashion, the family brought the drama — and a lot of it. Fans would soon find out that the drama spilled past their family circle and into other areas as well.

And though the Braxtons enjoyed seven seasons with the network, Tamar announced in 2021 that the hit television series would be moving to another network. According to Tamar, behind-the-scenes disagreements with the network concerning how the family was portrayed on the show were part of the reason behind the move.

In 2022, the family announced that their second-oldest sister, Traci, passed away from esophageal cancer. And although the Braxton family is well-known for their popular television series, there’s more to the group than meets the eye. Here are some things fans should know about the Braxton family.

Why High-Profile Convictions Are So Traumatizing For Victims Of Sexual Abuse
2 London Cops Fired After Racist Post About Meghan Markle
Details Revealed On How Chadwick Boseman’s Estate Will Be Distributed
Marlin Briscoe, 1st Black Starting QB In AFL, Dead At 76
A Lot Of Far-Right Candidates Got Walloped In This Week’s GOP Primaries