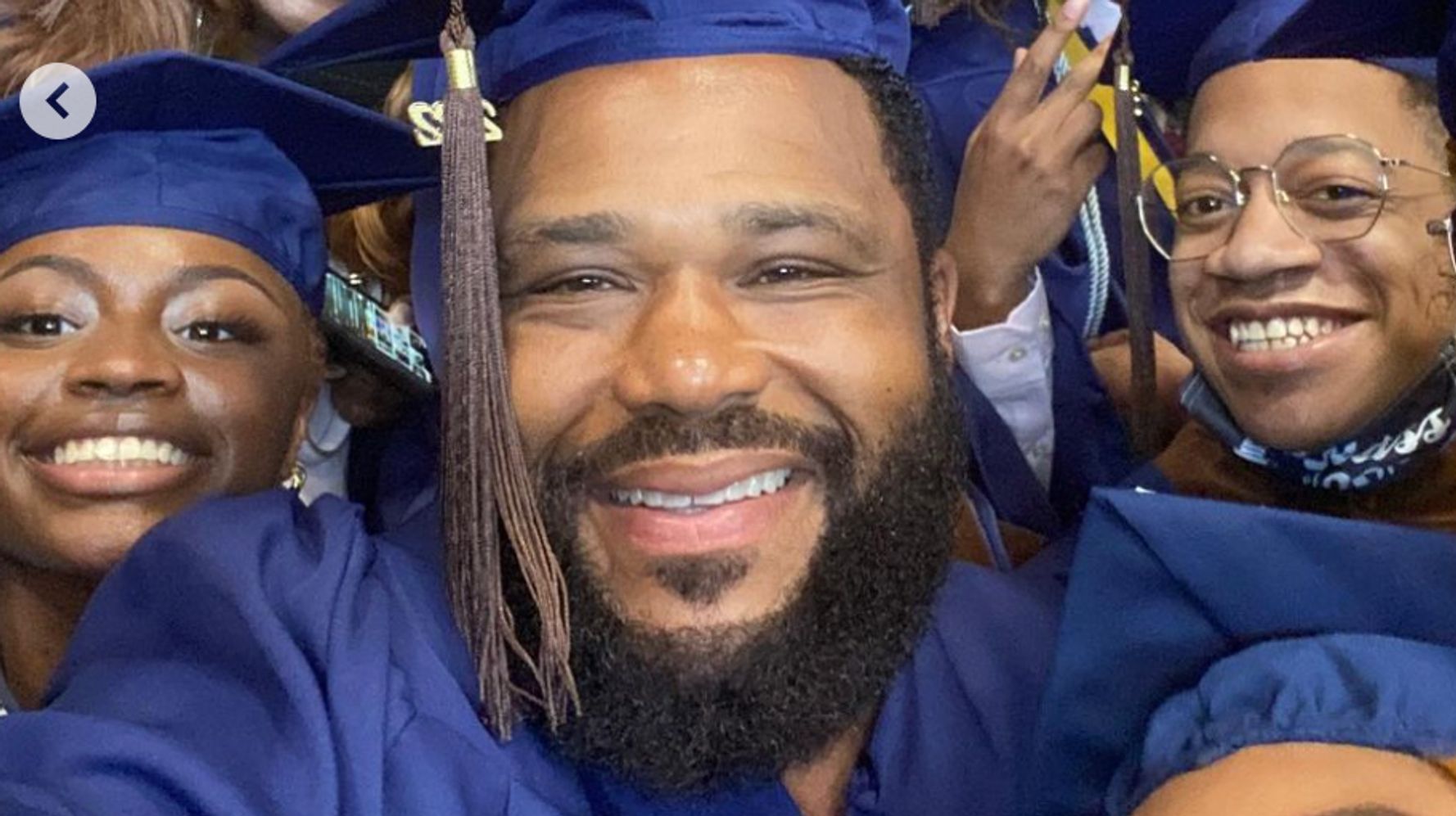 Declaring it’s “never too late!,” actor Anthony Anderson graduated from Howard University Saturday in a moment he called 30 years in the making.

Anderson, 51, received a bachelor of fine arts degree from the Chadwick A. Boseman College of Fine Arts at the Washington HBCU. He hung out with Fine Arts Dean Phylicia Rashad, “Empire” star and Howard alum Taraji P. Henson and fellow grads. (See the photos below in the Instagram gallery.)

The school marked the occasion by addressing Anderson with a NSFW middle name inside his diploma. (At least that’s what Anderson claims.)

“What my degree said, to my surprise,” Anderson began as he opened his diploma that read: “Anthony ‘Muthaf**kin’ Anderson” followed by “Congratulations Bison!!!!”

Anderson told the “The Real” in February that he was 15 credits shy of graduating when he left his junior year because he “ran out of money.”

He wrote on Instagram that graduating was a “full circle moment” and thanked his son for inspiring him to go back.

That is one “muthaf**kin” achievement.