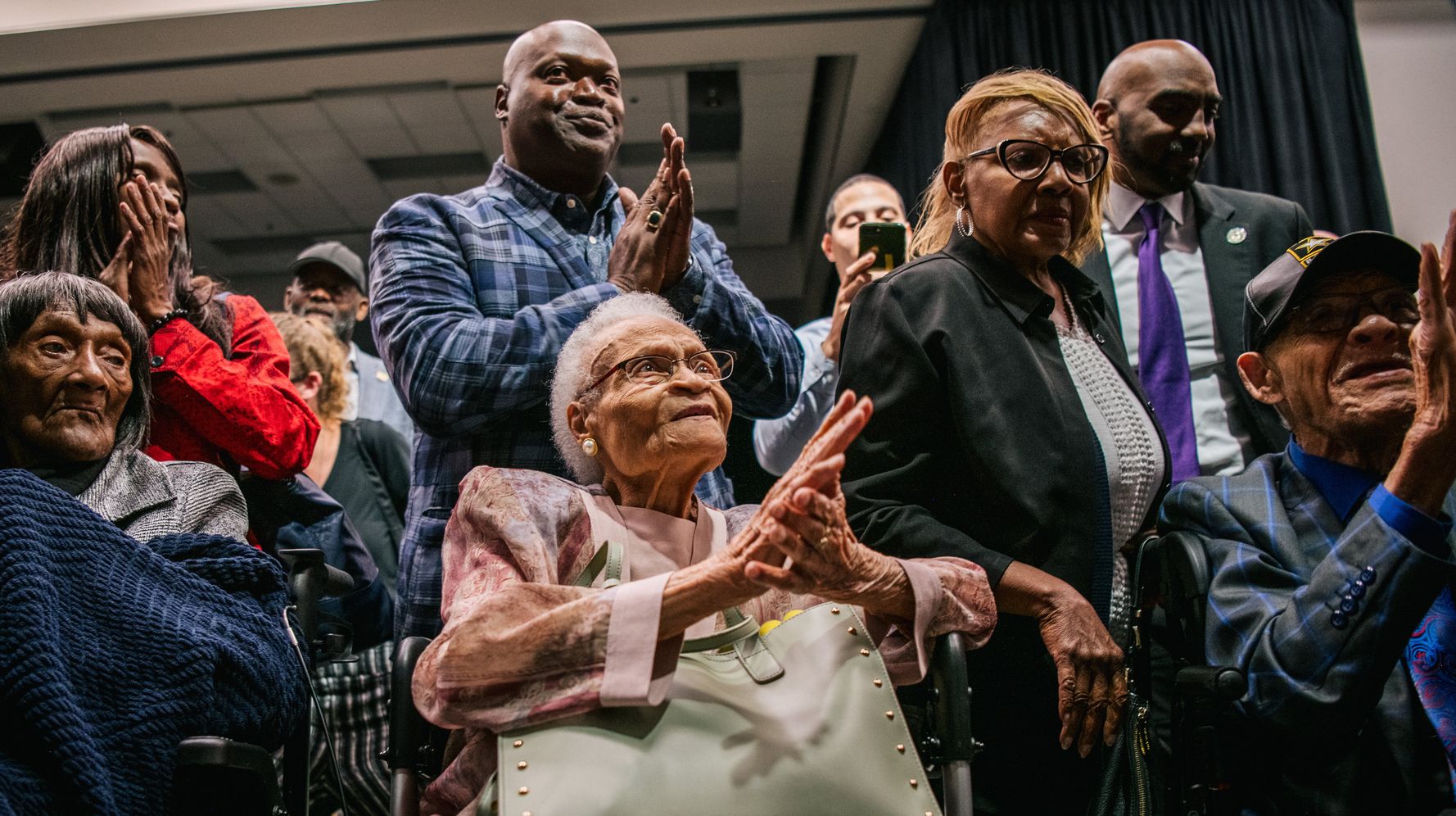 An Oklahoma judge has ruled that a public nuisance lawsuit filed on behalf of the 1921 Tulsa Race Massacre survivors can move forward in court.

Tulsa County District Judge Caroline Wall’s ruling Monday allows the three remaining survivors to make their case for reparations against the city and other government entities for their roles in the two-day attack that wiped out the city’s once-prosperous district commonly known as Black Wall Street.

The lawsuit, first filed in 2020, has been called the last opportunity for the last survivors of the brutal assault by a white mob to see justice. The youngest survivor is 101 years old. If successful, it could also lay the groundwork for similar cases across the country.

All three of the centenarians, who last year testified before Congress about how the deadly violence in the Greenwood District changed their lives, appeared in court on Monday, according to reporters and activists who attended the hearing.

“They’ve waited 300-plus years to have their day in court,” the plaintiffs’ lead attorney, Damario Solomon-Simmons, said of the survivors’ cumulative lifetimes, according to CNN. “Injustice plus time does not equal justice.”

The lawsuit filed by the survivors, their families and local organizations accuses local officials of allowing, encouraging and participating in the attack and preventing the community’s recovery.

The city and other government entities have tried to argue that the massacre was a disruption of private rights, not public, according to The Black Wall Street Times. Solomon-Simmons argued that the atrocity disrupted several public rights.

“The defense is trying to set a standard that is different from anyone else in Oklahoma,” Solomon-Simmons said in court, according to the Times. “We have met our burden. We have done more than enough to move this case forward. Time is of the essence.”

It further accuses the defendants, in more recent years, of “enriching themselves” from the tragedy by promoting the Greenwood site as a kind of tourist attraction. Funds raised through this endeavor have not gone to the Greenwood neighborhood or to those directly affected by the massacre. Instead, the suit claims, that money is funding the creation of a history center that the suit’s defendants will have a central role in.

The lawsuit seeks multiple forms of reparations, including unspecified punitive damages, tax relief, scholarships for the victims’ descendants, and for profits from the Greenwood tourist site to go to a victim compensation fund.

It’s immediately unclear what specific steps come next in the proceedings. Wall only partially denied the motion to dismiss the lawsuit, which still allows the case to move forward.

Sanjana Karanth contributed to this report.

Survivors And Descendants Of 1921 Tulsa Massacre Seek Reparations In Lawsuit

Why The U.S. Needs To Do Reparations Now