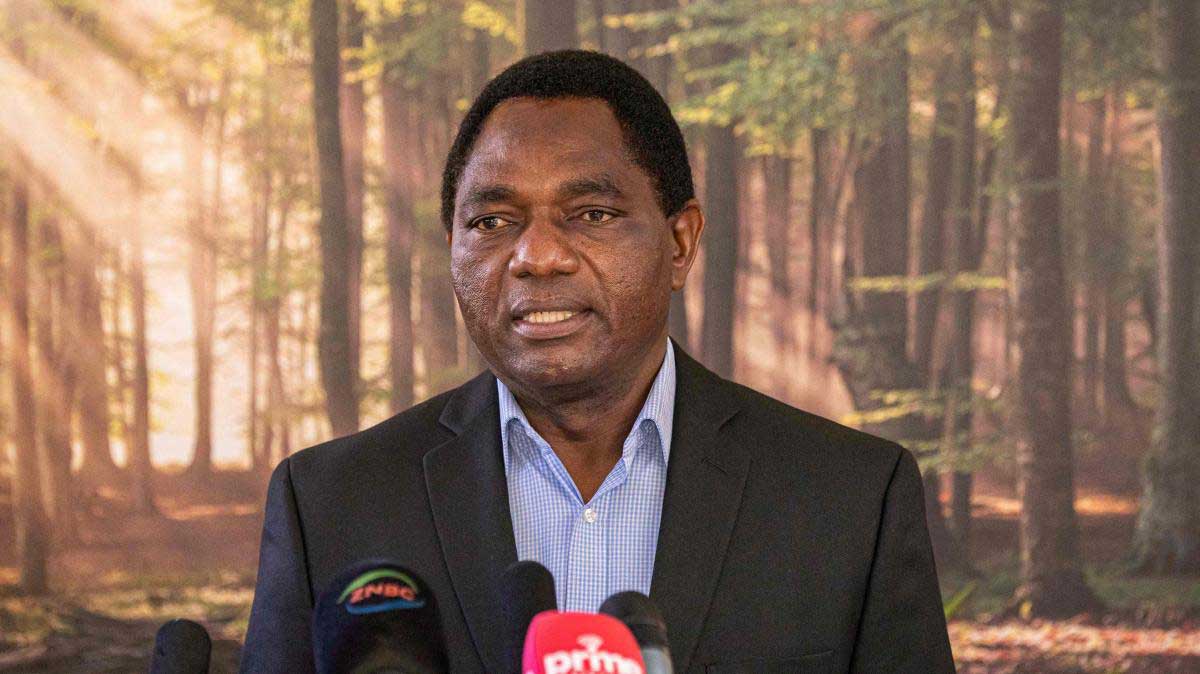 The seventh and current president of Zambia, Hakainde Hichilema, was inaugurated on August 24, 2021. Hichilema was born on June 4, 1962, in the Monze District of Zambia. Little is known about his childhood. In 1986, he graduated from the University of Zambia with a Bachelor’s degree in economics and business administration. He then earned a Master’s of Business Administration in Finance and Business Strategy at the University of Birmingham in the United Kingdom. 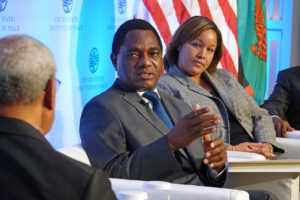 In early 2017, Hichilema was arrested when his convoy of vehicles failed to make way for President Edgar Lungu’s motorcade. He was charged with treason and spent four months in jail before the charges were dismissed. In the 2021 election, Hichilema won in a landslide over sitting President Edgar Lungu. This was a rare incidence where an incumbent African President was defeated by a first time candidate was defeated by the leader of the loyal opposition in the national legislature. Hichilema was inaugurated as the seventh president of Zambia on August 24, 2021. 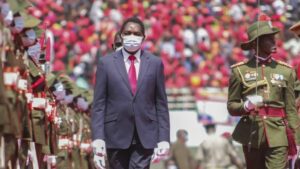 In his inaugural address, Hichilema said that “no Zambian should go to bed hungry.” He promised to revive the country’s stagnant economy, provide jobs for unemployed youth, and pledged that his administration would have zero tolerance for corruption. He also promised an inclusive government as “diversity is strength.”

Hakainde Hichilema is generally referred to as “HH” throughout Zambia. He and his wife, Mutinta, have three children: Chikonka, Miyanda, and Habwela.

Barack And Michelle Obama Celebrate Daughter Malia On 24th Birthday With Adorable Childhood Photos
A Popular Pianist Abruptly Joined Another Musician In Public And Created A Whole Vibe
The ‘Murder Capitol’ Where They Murdered For Capital Was By American Design
Does Stand-Up Comedy Still Have The ‘Right To Offend?’
Details Revealed On How Chadwick Boseman’s Estate Will Be Distributed