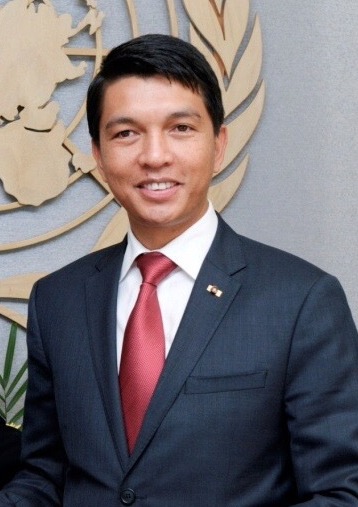 The current president of Madagascar, Andry Nirina Rojoelina, was born on May 30, 1984 in Antsirabe, Madagascar. His father, Roger Yves Rojoelina, was an army colonel. No information is available on his mother. Andry attended high school in Antananarivo, the capital of Madagascar. After graduation he decided not to pursue higher education but instead to become an entrepreneur. At the age of 19, in 1993, he became an event organizer and promoter. With his success, in 1999 he launched Injet, a digital printing company. 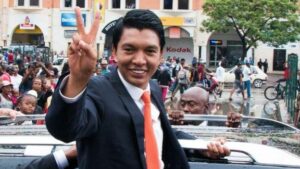 In 2007, Rajoelina purchased a television and radio station and became a well-know disc jockey. With his background in entertainment, media and advertising he decided to enter politics. He was elected major of Antananarivo on December 12, 2007. Rajoelina and the President of Madagascar, President Marc Ravalomanana, quickly became political competitors. In 2009, street demonstrations broke out against President Ravalomanana. Rajoelina supported the demonstrators and accused the central government of misappropriation of funds. He described the government as a dictatorship and used his control of many media outlets to broadcast his views. A group of the military organized a coup and Rajoelina was made President of the High Transitional Authority of Madagascar. He held this role from March 21, 2009 until January 25, 2014. 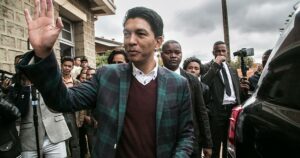 As president Rajoelina faced many challenges. Over 75% of the population live below the international poverty line of $1.90 per day. Madagascar has the 4th highest rate of chronic malnutrition in the world and food insecurity is a major issue. In 2021, a famine impacted one million of the 29 million in the nation. On July 22, 2021, an unsuccessful assassination attempt was made on Rajoelina’s life and in February of 2022 cyclone Batsira swept over the island displacing 120,000 people and damaging 124,000 homes.

Rajoelina has been criticized for spending government funds on vanity projects such as sports stadiums. Illegal logging of rosewood and other rare trees has occurred in some parts of the country. COVID-19 has negatively impacted the tourist industry and resulted in increased poverty in the country.

Andry Rajoelina married to Mialy Razakandisa and they have two sons, Arena and Ilonstoa, and a daughter, Ilona.