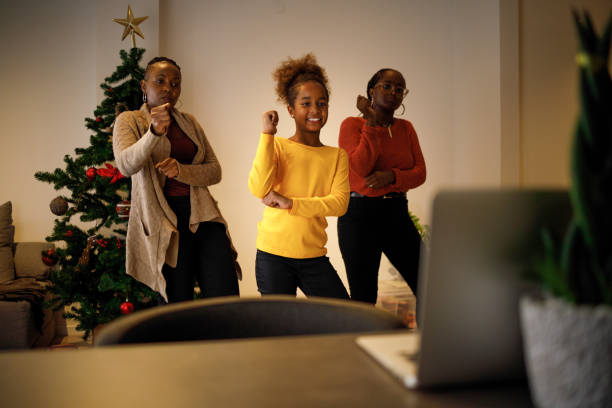 The influence of TikTok is undeniable. There isn’t a space on social media where a TikTok video hasn’t been streamed. TikTok’s growth has helped millions of users express themselves. Through dance challenges, funny videos, and daily skits the app provides an outlet for creativity.

Yet, the underlying question is what has led to the app’s rapid success? Many would say TikTok has Black creators to thank for helping the app become trendy. Somewhere in the TikTok archives is the data to show this is true. Regardless there is no denying the influence, growth, and power of Black TikTok. Let’s look at this sub-section of TikTok and its influence on society.

What is Black TikTok or BlackTok? (Part 1)

This is a question that has a two-part answer. If you follow the hashtag, you find an endless number of videos that have been viewed over 2.9 billion times since January 2021. That’s a 657% growth. The hashtag #Blacktok has over 1 billion views. By googling @BlackTikTok, the most common thing you’ll see is the TikTok page dedicated to Black creators. From there, you’ll find a stream of popular Black creators.

Influencers such as @straw_hat_goofy, @prettyaxme, @keke.janajah, and @niqqite. All who offer a mixture of dance videos, commentaries, and comedy skits. These are some of the creators who have reached high levels of fame and popularity due to their success on the app. This subsection took off during Black History month in 2022. During this time, the app hosted live events and partnered with iHeartRADIO to showcase Black artists and creators. This salute to Black creators was long overdue as many have endured censorships, bans, and appropriation of their work while using the app.

The influence of Black creators

One of the biggest examples is the Renegade dance, performed to K Camp’s Lottery (Renegade), and created by Jalaiah Harmon, who at the time was 14 years old. When the Renegade dance first appeared on phone screens it went viral in a matter of days. Influencers such as Charli D’Amelio and even Lizzo were replicating and popularizing the dance.

The problem was that Harmon, the original creditor, was not getting credit. Things escalated when TikTok influencer Addison Rae, appeared on The Tonight Show Starring Jimmy Fallon. There she performed Harmon’s dance without giving her credit. Luckily, after an interview with the New York Times and an appearance on the Ellen Degrees show, Harmon received her recognition.

Following soon after was the dance done to Megan Thee Stallion’s Savage remix created by Keara Wilson. When the Savage dance went viral, millions of users followed the trend. Even celebrities such as Jennifer Lopez, Keke Palmer, and the great Megan Thee Stallion followed along. Showing how one idea from one Black creator can influence the masses. With so much popularity Wilson has undergone steps to have her dance copyrighted.

“This app would be nothing without [Black] people.” Powerful words were shared by Erick Louis, a Black TikTok creator, on one of his videos.

Louis, who helped organize the strike, told the Washington Post. “Even in the spaces we’ve managed to create for ourselves, [non-black] people violently infiltrate and occupy these spaces with no respect to the architects who built it.”

Around the release of Megan Thee Stallion’s song “ Thot Sh*t,” many videos appeared with Black creators refusing to create a dance to the song. This showed how essential Black creators are to the app.

As a result, not one dance trend went viral at that time. Instead uploaded were videos of girls dancing in an almost comical manner. Since the start of the strike, the hashtag BlackTikTokStrike has reached over 6.5 million views.

Now, things have calmed down. TikTok has carved out a space for Black creators on the app. On the account, Black TikTok users can view, admire, and respect videos from Black creators.

Amongst the dance trends, other viral contents that have stemmed from Black creators are lingos from AAVE, and the ice in my veins pose. To understand the history of TikTok trends and their connection to Black culture, you can follow Kahlil Greene @kahlil.greene.

What is Black TikTok (Part 2)

Coming to the second part of this answer, Black TikTok is a virtual space where Black art and creation can live. It’s a place to connect with other Black people across the globe. In this space, viewers can receive education on Black history and culture. Videos also consist of day-in-the-life skits, culturally relevant jokes, and plenty of Black joy. It’s a place Black people can create for Black people while the rest of the world can watch, admire, follow, and learn. Taken from the official page @BlackTikTok, is a space dedicated to Black creatives and committed to highlighting the stories and content of Black creators who are shaping TikTok and culture.

Whether you are an influencer or a user of the app, you can support Black TikTok and assure that the platform stays creative, diverse, and fair. TikTok creators make money in three ways on the platform. One is through the creator’s fund. Earning money based on the number of interactions on their page. So, interact by following, liking, commenting, and watching the 60-second videos to the end. The second is by sponsorships. Following the first piece of advice, the more engagement an account has, the higher the chances of sponsorship. Brands and companies will promote their product or service with the TikTok creator. And third, creators can promote their product or service through the app where users can buy these items from their creators.

Yet, the easiest and somewhat mandatory way to support Black TikTok is to give credit where credit is due. Creators are always happy to see someone dance their dance or use their music or audio. All it takes is typing in an @ symbol before their name to give credit. It takes nothing from you to lift the voices of those that inspire you.

Meghan Markle Bullying Report Findings Will Stay Private, Palace Official Says
Instagram Teams Up With The Brooklyn Museum To Honor The Legacy Of Virgil Abloh With #BlackVisionaries Program
The Battle of Mogadishu (1993)
The Top Sigma Gamma Rho Graduation Photos of Spring 2022
Details Revealed On How Chadwick Boseman’s Estate Will Be Distributed