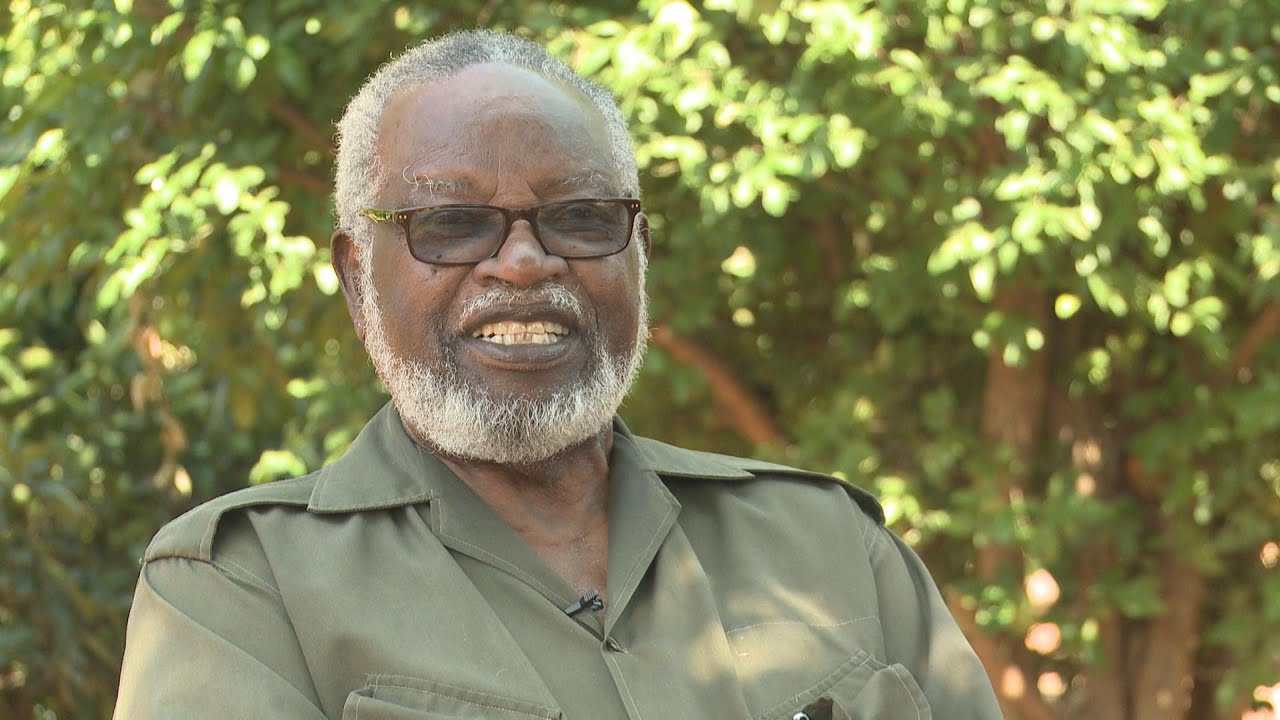 Samuel Shafiihuna (“a time of trouble”) Daniel Nujoma was born on May 12, 1929 in Ongandjera, Ovamboland, South West Africa (former Germany colony administered by South Africa). He was to become the first President of Namibia in1990. His parents, Helvi Mpingana Kondombolo and Daniel Uutoni Nujoma, were peasant farmers who raised cattle and goats.

As a youth Nujoma tended the family livestock and attend night school. At age 16 he left school and home to take a job as a railroad dining-car attendant. While working on the railroad he became appalled at the treatment of workers. He joined others in trying to organize a rail worker’s union and was discharged from his job as a result. He then became a clerk and store assistant but remained interested in politics.

In the 1950s Nujoma helped found the Ovamboland Peoples’ Organization to advocate for improved working and living conditions in Ovamboland, his home region. A few years later he was instrumental in organizing the South West Africa People’s Organization (SWAPO) with the same goals but for people throughout South West Africa. In 1960 he became President of SWAPO which he was to lead for the next 30 years. Initially SWAPO focused on peacefully encouraging the United Nations to compel South Africa to leave South West Africa. When both the UN and South Africa were unresponsive to SWAPO’s agenda, in exasperation, SWAPO in 1966 announced their aims could only be obtained by military force. SWAPO leaders created a military wing, Peoples’ Liberation Army of Namibia, and a guerilla war started against the South African administration that would last for several years.

On September 29, 1978 the UN Security Council passed Resolution 435 which set out terms for an election and independence for South West Africa. In 1988 South Africa accepted the terms of the resolution. In September, 1989 Nujoma returned home to participate in the elections which his party won in November, 1989. On March 21, 1990 South West Africa became independent. It was renamed Namibia with Nujoma as President.

Nujoma was re-elected President in 1989 and in 1994. He stepped down in 2005. During his tenure as President, he worked to instill a sense of pride, nationalism and national reconciliation among the citizenry. He admired the democratic socialism practiced in the Scandinavian countries. Under his tutelage Namibia enjoyed stability and steady economic growth. He tried to attract foreign investment to counter-balance the economic influence of South Africa. After 47 years as President of SWAPO he resigned in 2007.

Sam Nujoma is 92 years old. He is married to Kovambo Mushimba Nujoma. They had five children: Utoni, John, Sakaria, Nelago and Usuta.