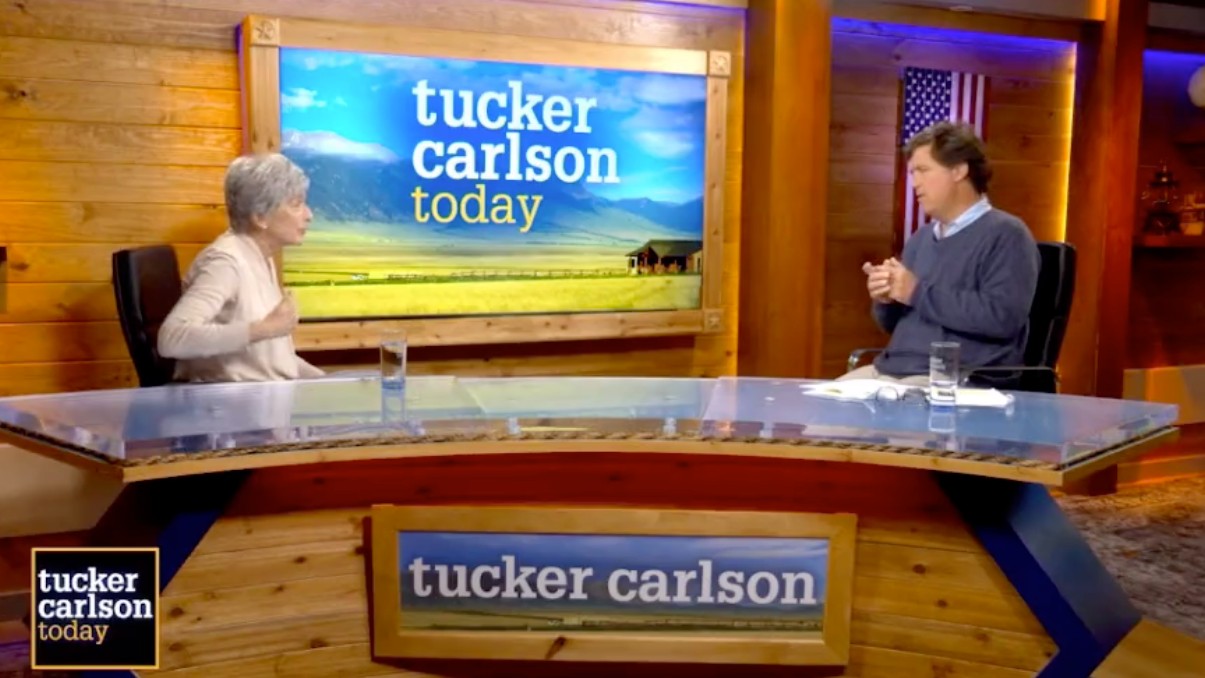 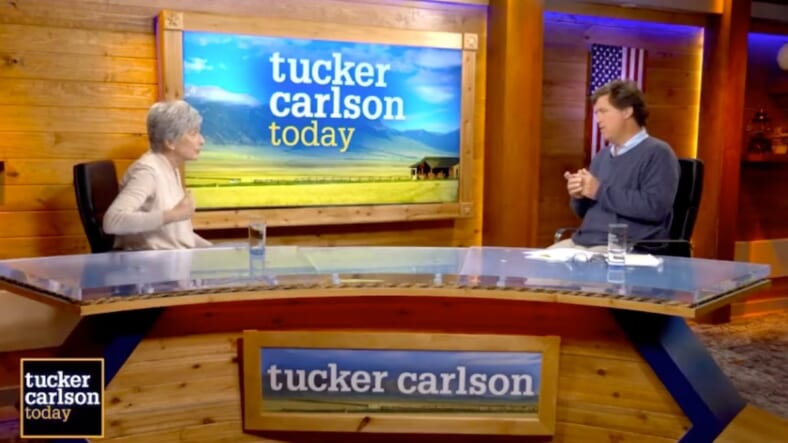 I want to apologize to Tucker Carlson.

First of all, there may be a perception that I hate Tucker Carlson when, in fact, I truly love him. I love the “aww-shucks” way he disguises his brand of Caucasian-scented white nationalism when he demonizes diversity. I love the arrogant way he furrows his brow and crinkles his nose when he paints Black women like Ketanji Brown Jackson, Joy Reid and Cori Bush as dumb, even though they are more educated than he is. I love the earnestness with which he explained why white people weren’t “designed” to live around immigrants.

I even love pronouncing his first and last name, as if the fact that cable news’ highest-rated news television show is hosted by a privileged-but mediocre, private school, sockless penny loafer named “Tucker” on a news network that doesn’t actually present news is not an apt enough analogy for the American brand of white supremacy. 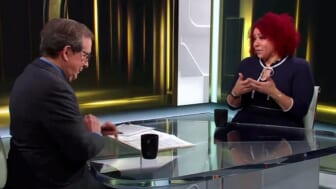 As far as I know, he has never burned a cross on anyone’s lawn or called a Black person the N-word. I have no proof that he owned slaves or lynched a Black person. And that’s why I love him. Without people like him on TV every night arguing against immigration, racial equality and diversity, we might start believing that America is not a racist country.

I thank God for Tucker Carlson.

And this other white lady named Amy Wax.

I could describe disgraced Penn Law Professor Amy Wax as a female version of Tucker Carlson, but she didn’t really disgrace herself when she said that Black students were typically not as smart as white ones. If you don’t know Amy Wax, all you need to know is that she looks a little bit like John Cleese, and if Tucker Carlson were slightly smarmier, slightly more educated and preferred to cloak his racist white-genocide theory under the guise of “western values,” he would be Amy Wax. To be fair, when Wax said wealth and employment disparities were due to “different rates of crime, different average IQs,” Tucker Carlson probably ovulated a little bit.

Of course, when the sweater-vest white supremacist invited J.K. Rowling’s eviler twin on his show to discuss whatever racist stuff they were going to talk about, it was like a Caucasian nesting doll of dog whistles.

“Anybody who says anything about groups or about race or about different populations that would in any way upset someone who is a minority—probably in many cases here because of affirmative action—that person needs to be punished,” Wax said, explaining cancel culture to a walking, talking, affirmative action beneficiary who has never been canceled. “It all comes back to hiding the fact that some groups are more competitive than others, that there is this academic achievement gap that has not gone away.”

And that wasn’t even the good part!

But before I get to the good part, let me explain this so-called “achievement gap” that the disowned racist sister of Dorothy Zbornak will go on to lie about. 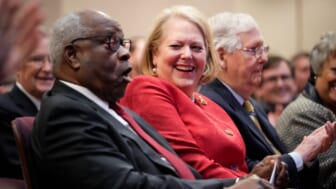 The average nonwhite school district receives $2,266 less per student than a majority white school district, according to EdBuild. While this may seem like a small statistic, the National Center for Education Statistics, which reports education statistics nationwide, (I want to be clear in case a Fox News watcher sees this) reports that 59 percent of Black children and 60 percent of Hispanic kids attend schools where three out of four students are nonwhite. By comparison, only 6 percent of white children attend these schools that are—and this is the important part—statistically underfunded. The reason privileged racists like Wax and Tucker Carlson believe the achievement gap proves Black people are dumb is that they have never attended these schools!

After Wax explains that universities are dumping “anything associated with white values, European accomplishments [or] Western Civ,” Tucker Carlson asked why this shouldn’t be considered vandalism, to which Tethered Theresa May replies:

I was talking to Glenn Loury about this bizarre fact that Asian and South Asian, Indian doctors at Penn Med, which I know people there and I know what’s going on there—that they’re on the ramparts for the anti-racism initiative for dump on America, America is an evil, racist place. These are immigrants.

This totally changed my perception of Tucker Carlson.

I still believe Carlson is racist AF. But this conversation helped me understand where people like him and Cruella de Vanilla are coming from. They truly cannot fathom why people whose lives haven’t been substantially affected by white supremacy would want to stand up against white supremacy. Caring about their fellow countrymen is such a wholly abstract notion that, rather than believing 400 years of facts, data, studies and voices of non-white people in the world, they would rather believe it does not exist. 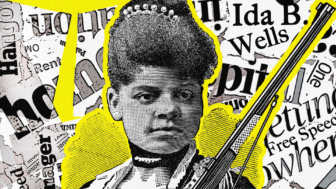 Either they have led lives so privileged that they cannot even begin to conceive of the thoroughly documented racial terrorism, intentional oppression and systemic inequality that has manifested itself in every crevice of American society, or they are as dumb as rocks. And, yes, it is possible that Tucker and the lady who should be hired as the zombie stunt double for Carol from The Walking Dead are unbelievably stupid, but I cannot believe they are that stupid. They have displayed the ability to walk and talk, and I assume, without proof, that they can read the mountains of evidence highlighting the very real effects of white supremacy.

Plus, if they were as abjectly stupid as they would appear to be, then the fact that they graduated from colleges and were hired by white people would actually prove the systemic white supremacy that they insist is a collective, international fever dream. And, if millions of people watched two stupid but racist people on prime time television, it would prove how racist America is. So either they are the most gifted, stupid people I have ever seen, or they are so privileged that they cannot comprehend the world that exists for those of us whose lives were not bubble-wrapped in the indestructible deflector shield of whiteness. Before the racist Golden Girl and the Bull Connor of cable news opened their lipless mouths, I could not even imagine such a thing could exist.

But she is right, though. I do hold a tremendous amount of resentment, shame and envy. I resent the fact that I had no idea that white people could just declare that one country or culture is “first world.” I am ashamed that I looked at Amy Wax’s face and thought she’d say: “Tell Cersei it was me.” I am envious of having so much Caucasian drip that I had to layer a cashmere v-neck over a blue Brooks Brothers shirt. I have never been angry, jealous or envious of the mediocrity, apathy or the incessant insecurity required to construct an entire empire out of bigotry, tilt it toward whiteness and then whine about the people who have to climb uphill.

If this clip isn’t nominated for a science fiction award or honored as one of the greatest achievements in the history of intellectually bankrupt Americans, I will be furious. But, of course, we all know it won’t.

And for that, I apologize.

Michael Harriot is a writer, cultural critic and championship-level Spades player. His book, Black AF History: The Unwhitewashed Story of America, will be released in 2022.