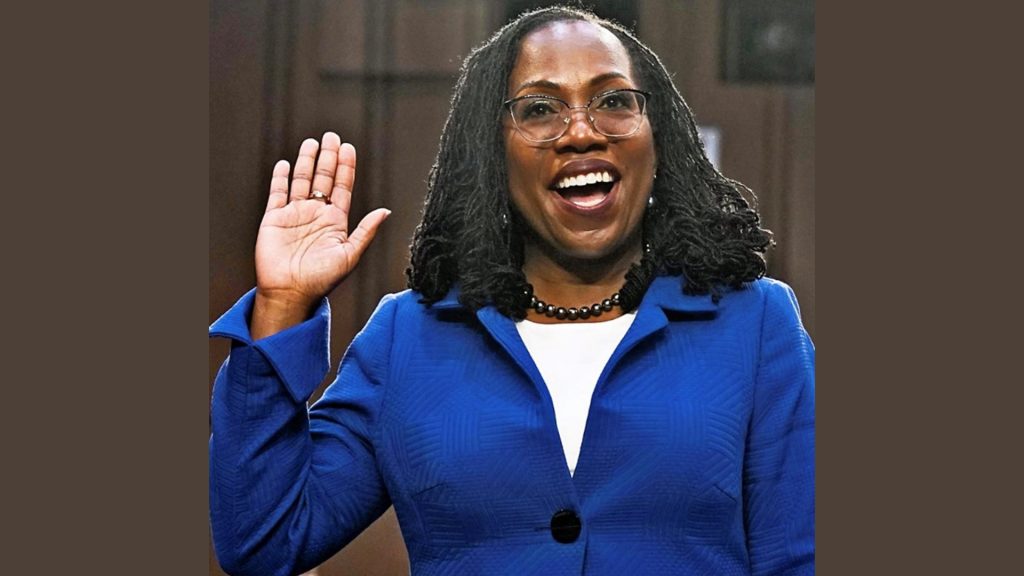 Ketanji Brown Jackson has became the first black woman confirmed to the US Supreme Court, an appointment that prompted celebrations among Democrats and gives President Biden a desperately needed victory.

Jackson’s ascent to the highest court was confirmed by a 53-47 vote in the Senate, as three moderate Republicans switched sides to support Biden’s nomination. After a confirmation process in which right-wing Republicans attacked Jackson’s record, accusing her of being soft on crime, the vote was hailed by senior Democrats as “one of the great moments of America’s history”.

Jackson, 51, becomes only the third black justice and the sixth woman to join the bench in its 233-year history. With justices Sonia Sotomayor and Elena Kagan on the liberal side and Amy Coney Barrett among the conservatives on the bench, for the first time, four of the nine justices are now women.

Jackson and Biden watched the Senate vote together from the White House and were pictured embracing as her confirmation became certain.

“We are beginning to write another chapter in our nation’s quest for equal justice under the law, and that chapter begins with three letters — KBJ,” said Dick Durbin, the Democratic chairman of the Senate judiciary committee. Durbin noted that when the Supreme Court was founded in the late 18th century, there were more than a million black slaves in America.

Jackson’s appointment does not change the balance of the court, which swung to a six-three conservative majority under Donald Trump, who appointed three justices. He secured his first appointment after Senate Republicans blocked President Obama’s last court nominee for the final year of his presidency. The second appointment of Brett Kavanaugh was marred by allegations of sexual assault, while the death of the liberal justice Ruth Bader Ginsburg in 2020 allowed Republicans to ram through the confirmation of Barrett in the final weeks of Trump’s tenure.