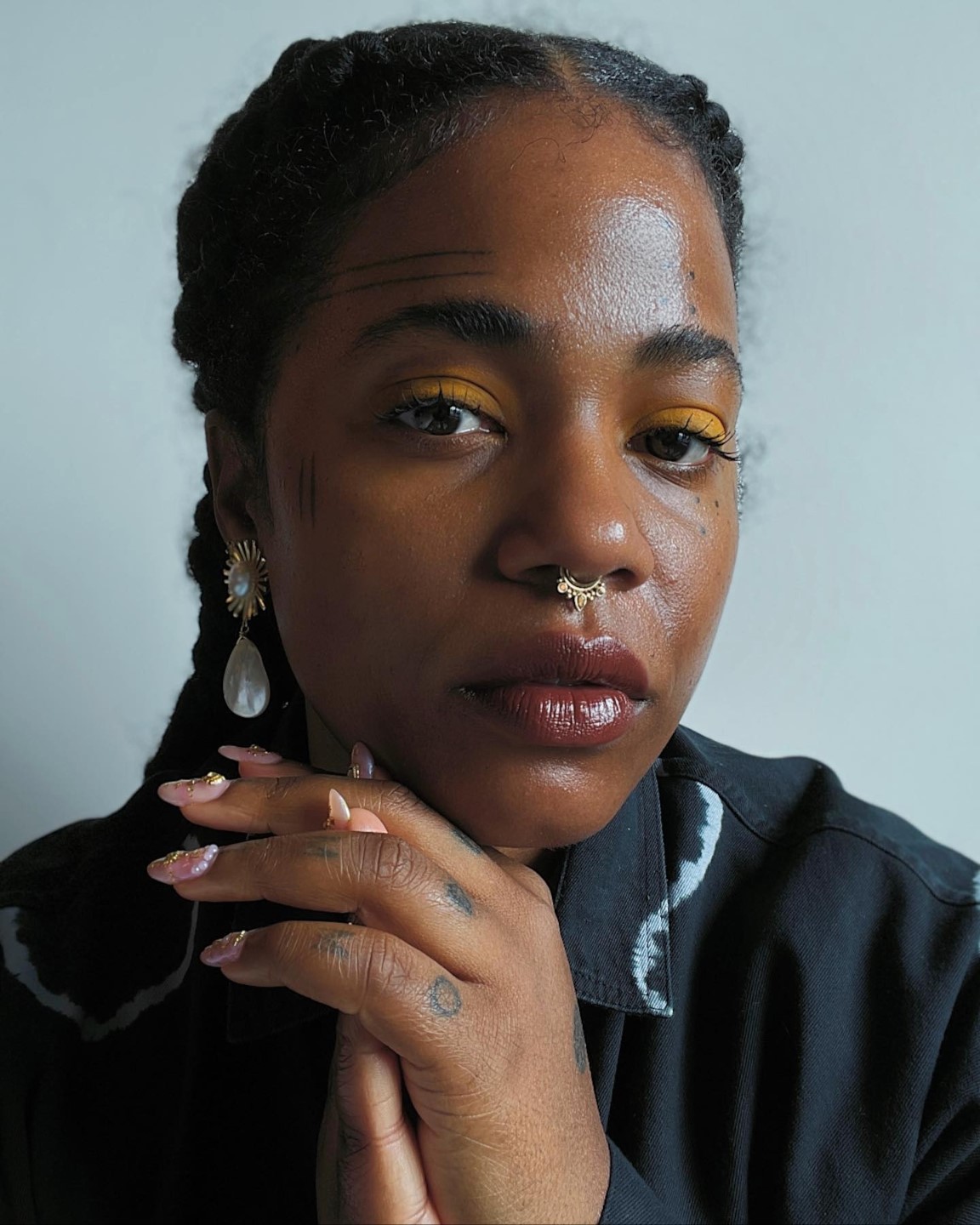 Akwaeke Emezi is part of a small but growing number of transgender Nigerian writers whose unique perspective and the rapidly growing audience for their novels have garnered them international literary acclaim. Emezi identifies as transgender and as an ogbanje. Transgender people do not identify with the gender assigned to them.  They refer to themselves as “they” rather than “he” or “she” to recognize their gender identity. Emezi is also an ogbanje which refers to an Igbo cosmological idea of a spirit who is born to die, and who usually takes a human form for only a short period of time. Emezi has been very open with the public about having a double mastectomy and hysterectomy in order to feel more at ease with their lack of gender.

Emezi was born in Umuahia and raised in Aba, Nigeria by an Igbo father and a Tamil mother. They have one younger daughter, Yagazie. They were raised as part of a very tight-knit immigrant community known as the Niger Wives, an organization of non-Nigerian women married to Nigerians. Emezi says they were often treated as a foreigner because of their mother’s Malaysian nationality despite the fact that they were born and raised in Nigeria.

Emezi recalls a Black educator from Ohio (one of the Niger Wives) who worked at their primary school in Nigeria and encouraged them to write from a very young age. Emezi proclaimed their desire to be a writer at age seven. When Emezi moved to the United States at age 16 to begin post-secondary education, they studied Biology due to pressures from family members and later enrolled in veterinary school at Tufts University where the rigor of their program began having a negative effect on their mental health. Emezi dropped out and began pursuing a Master’s degree in Public Administration at New York University.

Upon graduating, Emezi worked in the non-profit sector for two years while pursuing writing grants. They eventually were admitted to an MFA program in Creative Writing (Fiction) at Syracuse University which they credit with giving them the financial structure to feel comfortable pursuing a more creative career.

Emezi published their first book, an autobiographical novel entitled Freshwater, in 2018. Since then, they have published three additional novels: The Death of Vivek Oji (2020), and two Young Adult novels, Pet (2019) and Bitter (2022). Emezi also published a memoir entitled Dear Senthuran: A Black Spirit Memoir in 2021, and a book of poetry titled Content Warning: Everything in 2022. Another novel, You Made a Fool of Death with Your Beauty, appeared in April 2022. Emezi has also published various essays during this time.

Emezi’s books have been translated into several languages and both Freshwater and You Made a Fool of Death with Your Beauty are being produced for television by FX and Amazon respectively. Emezi’s writing has won the Stonewall Book Award for Nonfiction, the Otherwise Award (formerly the Tiptree Award), the Ilube Nommo Award, and the Commonwealth Short Story Prize for Africa.

Emezi has lived in New Orleans, Louisiana since 2019.

Why High-Profile Convictions Are So Traumatizing For Victims Of Sexual Abuse
Tabitha Brown Gives Us Another Reason To Stan With Food Network’s First Vegan Cooking Show
NBA Rookie Calls Out LeBron James: ‘I Want To See How Great He Is’
R. Kelly Sentenced To 30 Years In Prison In Racketeering, Sex Trafficking Case
The Top Phi Beta Sigma Graduation Photos of Spring 2022