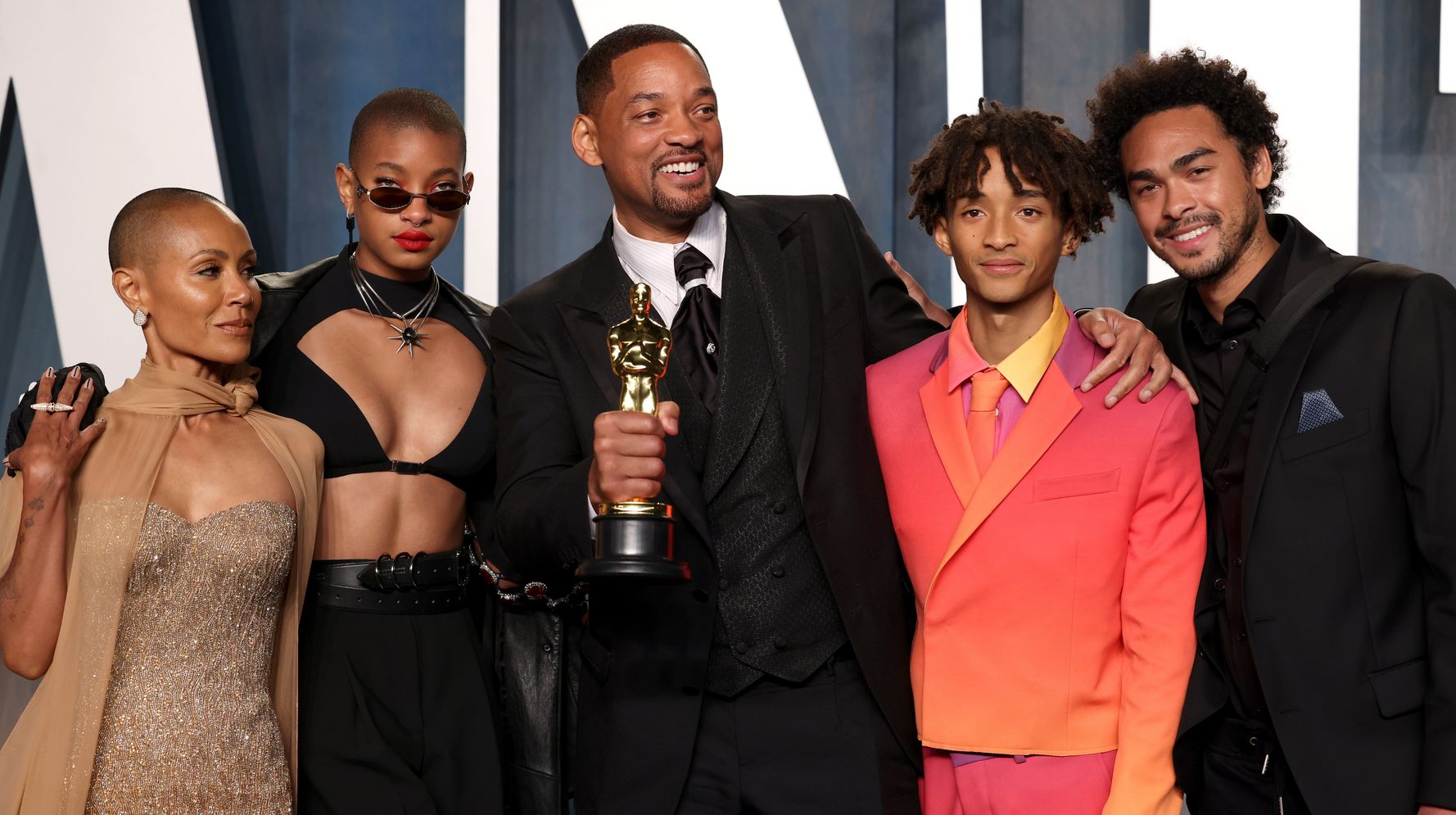 Jaden Smith, Will Smith’s son, tweeted “And That’s How We Do It” after an Oscars telecast marred by his dad’s onstage assault of comedian Chris Rock.

But it wasn’t clear whether the 23-year-actor was referring to the face-slap ― Will Smith took umbrage at a joke Rock made about his wife’s shaved head ― or Smith’s Best Actor victory for “King Richard” and his semi-apologetic acceptance speech.

And That’s How We Do It

Jaden Smith shared the message after the awards ceremony, People noted, and did not elaborate. In another tweet, apparently later deleted, he said his dad’s speech made him cry.

The young Smith was seen later with his family at the Vanity Fair after-party, where his father sang and danced to his own songs as if all was copasetic.

But all the after-partying in Hollywood won’t erase what happened. In presenting the documentary category, Rock joked that he was looking forward to seeing Pinkett Smith in “G.I. Jane 2,” referring to her shaved head.

Pinkett Smith has spoken in the past about her alopecia, which causes hair loss. An enraged Smith strode up to Rock on stage and slapped him across the face. “Keep my wife’s name out of your fucking mouth,” he said repeatedly.

Smith later apologized to the academy and fellow nominees, joking that he must “look like the crazy father, just like they said about Richard Williams,” whom he portrayed in “King Richard.”

The young Smith, however, appeared to take a positive view of what transpired.

Many comedians weren’t laughing. They said the attack could spur other audiences to physically assault comics if they find material offensive.

Will Smith Hits Chris Rock On Oscars Stage: Get My Wife’s Name Out Your ‘F**king Mouth’