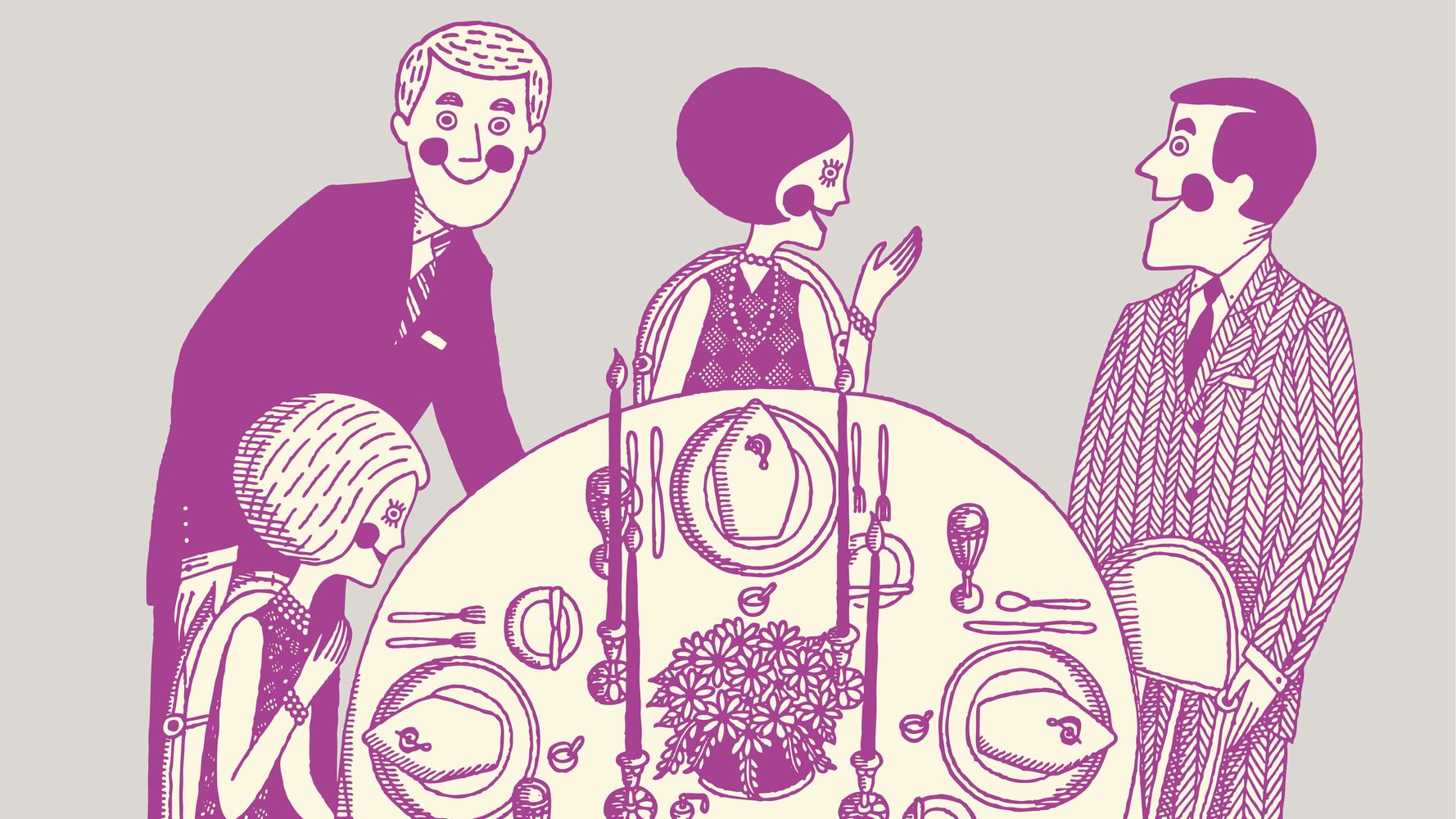 “Got invited to someone’s place for dinner and they charged me for it … this is weird, right?” she tweeted.

In the thread, Nelson doled out the backstory: The dinner party was held in Los Angeles. The host mentioned having guests contribute in passing during the dinner, then Venmoed her friends a request for $20 later on. The dinner was penne alla vodka, not some high-effort lasagna with béchamel or a pasta spun out of a $899.99 Costco parm wheel.

Nelson partook in a few servings and went on her way. She paid when the request came in but she hasn’t spoken to the host since.

While most people replied something along the lines of, “yes, that’s very weird,” some folks said they’ve had this happen to them, too.

Others admitted they host their friends at a charge themselves.

“As someone who hosts often I usually ask for people to chip in what they can to help me cover costs if they enjoyed the food. I would never stop someone from eating, though,” one person said. “I invite my friends I like to hang out with and they pay what they want to make it happen more.”

Some wondered if Nelson’s dinner party-throwing friend was from the Netherlands. The expression “going Dutch” originates there, after all.

“In the Netherlands this is very normal especially when you’re a young adult,” one woman said. “Not everyone has enough money to just feed a bunch of their friends. I always expect to pay.” (Of course, just as many commenters were quick to shoot back, “Hey, watch it! I’m from the Netherlands and even this is a step too far for us.”)

Some wondered if charging was a California thing or an LA thing, since that’s where the party took place. (As a lifelong Angeleno, I, like the Dutch person above, take umbrage!)

Some argued it was a generational thing: Everything has become so transactional for millennials, even something as wholesome and human as breaking bread is tainted, they said.

Others felt the whole incident spoke to the ills of Venmo culture: No one would have the gall to ask for money if they had to do it face-to-face; requesting money on an app is relatively painless.

Some on the thread speculated that it was an upper-middle-class or rich person thing or maybe specifically, more of a nouveau riche thing.

“It’s definitely a new money thing,” said Avijit Ghosh, a computer science researcher who replied to the thread, told HuffPost. “People who didn’t grow up with generosity as the norm behave that way. I grew up in India and something like this would be horrifying.”

Ghosh, who now lives in Boston, had tweeted about his own experience with a money-hungry host last May.

“Is it normal for your friend to invite you for dinner a week in advance out to their multimillion-dollar new home in the suburbs, get pizza and then charge you on Venmo for it? #AskingForAFriend,” he joked.

Something similar happened to Jarrel Benedict, a photographer who works in advertising in Canada, a few years ago, before the pandemic. In this case, it was a 10-person traditional dinner party where pork tenderloin was served. Cheese and nuts, bacon-covered asparagus, mashed potatoes and a sugar pie for dessert were also on the menu. (Compared to Nelson and her penne alla vodka, at least Benedict got his money’s worth!)

Later, as digestifs were passed around, the host made a beeline to Benedict and casually informed him it would be ”$30 for your share.” (This was on top of the $70 wine Benedict had already brought to dinner).

“In the moment, I was taken aback a bit,” he told HuffPost. “I thought he was joking so I laughed. Then he said that he was serious.”

“I told him I didn’t really carry cash (because I just use my card or Apple Pay), so he suggested I Interac e-transfer him the money, which is like Venmo here in Canada,” Benedict explained. “I transferred him the money only because it felt awkward to argue about it.”

Naturally, when asked about the original viral tweet, etiquette experts we spoke to had some strong opinions.

“Is there a typo in the tweet? I think the person meant to write, ‘made a reservation at a restaurant’ instead of ‘got invited to someone’s place for dinner,’” joked Nick Leighton, the host of the weekly etiquette podcast, “Were You Raised By Wolves?”

Unless a host is employing the corporate definition of “guest” ― you know how Disneyland and Airbnb call their paying customers “guests”? ― you should never expect those you invite to your house to pay, Leighton said.

If you do, they have a right to have a say on what’s on the menu, at the very least.

“Being a dinner party host means enjoying certain privileges: getting to choose the date and time, selecting who is on the guest list, and picking the menu,” he said. “But if you ask other people to ‘chip in,’ then you are inviting them to be co-hosts of the event, so you’ll need to share these privileges.”

Jodi R. R. Smith, the founder of Mannersmith Etiquette Consulting, checked off a few social scenarios where it would be acceptable to charge so long as you disclose your plans — and the price — when the invitation is sent:

What’s verboten, at least as far as Smith is concerned, is the bait-and-switch like Nelson’s friend did.

“It is terribly rude to invite over friends under the guise of a dinner party and then after they have arrived, turn it into an unofficial fundraiser,” Smith said.

If you plan on asking your guests to shell out, that conversation needs to happen in the earliest planning stages, said Diane Gottsman, the author of “Modern Etiquette for a Better Life” and founder of The Protocol School of Texas.

“It’s fine when there’s open communication among friends and the host makes it clear that they want to throw a party but would love some help,” she said. “You have to be upfront and honest so guests aren’t caught off guard. It’s a courtesy to let guests know in advance what to expect and they can decide if they want to attend.”

But Gottsman agrees with the other etiquette guests that billing a guest or charging them without their knowledge is generally ill-advised.

Bottom line, etiquette-wise? Charge upfront and as early on as possible or don’t charge at all. And if that one friend who charges you continues to invite you to their pseudo-restaurant, you have our permission to leave them a bad Yelp review.

Therapists Have Some Thoughts About That Viral ‘Apology Dinner’

How To Confront Someone When You Hate Confrontation