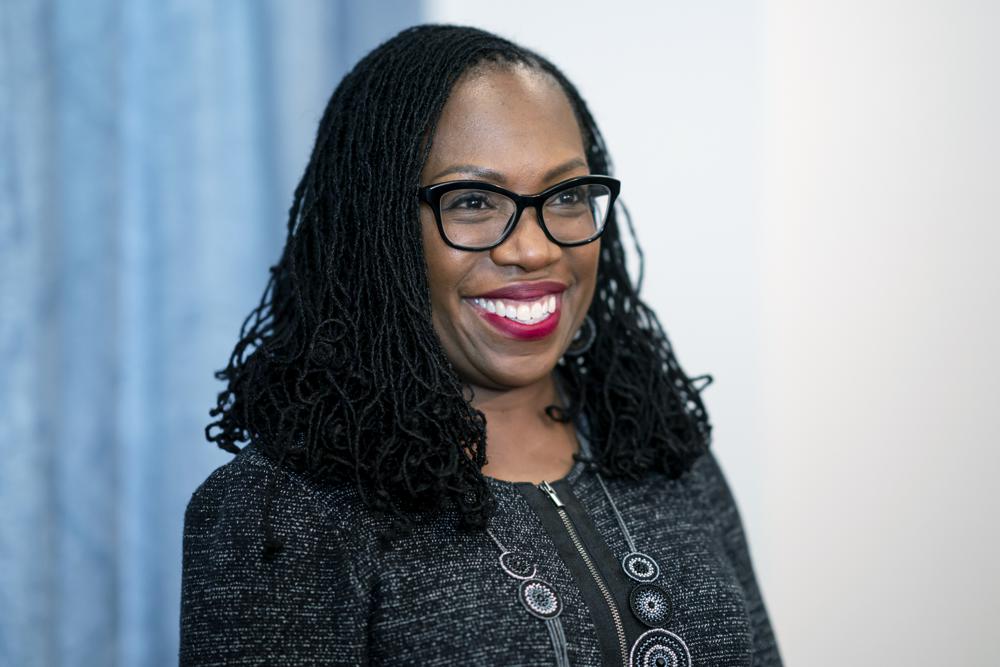 The Senate Judiciary Committee is pushing Ketanji Brown Jackson closer to confirmation, setting up a vote next week to recommend her nomination to the full Senate and seat her as the first Black woman on the Supreme Court.

Jackson appears to be on a glidepath to confirmation by mid-April, even if she doesn’t receive the bipartisan votes that President Joe Biden has sought. Democrats can confirm her without one Republican vote in the 50-50 Senate, as long as every Democrat supports her. Vice President Kamala Harris can break a tie.

At a brief meeting on Monday, Senate Judiciary Committee Chairman Dick Durbin set the committee vote for April 4 and praised Jackson’s answers during four days of hearings last week that often grew contentious. Republicans on the committee — led by several senators who are eyeing presidential runs — spent much of the hearings focused on her sentencing decisions in a handful of child pornography cases during her nine years as a federal judge in an effort to paint her as too lenient on the criminals.

Durbin criticized the Republican focus on the issue, saying the GOP senators asked “the toughest, meanest questions and then race to Twitter to see if somebody is tweeting.” In a Senate floor speech shortly afterward, Tennessee Sen. Marsha Blackburn, one of the Republicans who asked Jackson repeatedly about the pornography cases, defended her colleagues, saying the questioning was “not an attack.”

The partisan spat threatened to divide Jackson’s confirmation down party lines as Republicans drew her nomination into a midterm campaign push to paint Democrats as soft on crime. Durbin, who like Biden wants a bipartisan vote, said he hopes other Republicans “will not be discouraged” by the back-and-forth when considering whether to support the historic nomination.

So far, no Republicans have said they will vote for her. Sen. Mitch McConnell of Kentucky, the GOP leader, cited the Republicans’ concerns about her sentencing history, along with her support from liberal advocacy groups, in announcing Thursday that he “cannot and will not” back her.

Maine Sen. Susan Collins, who met with Jackson for more than an hour and a half earlier this month, is the most likely GOP senator to vote for her. After their meeting, Collins said she believes Jackson takes “a very thorough, careful approach in applying the law to the facts of the case, and that is what I want to see in a judge.”

Jackson would be the third Black justice, after Thurgood Marshall and Clarence Thomas, and the sixth woman. She would also be the first former public defender on the court, and the first justice with experience representing indigent criminal defendants since Marshall.

Pushing back on the Republicans’ questions about her sentencing in child pornography crimes, Jackson said during the hearings that sentencing is not a “numbers game.” She noted that there are no mandatory sentences for sex offenders and that there has been significant debate on the subject. Some of those cases have given her nightmares, Jackson said, and were “among the worst that I have seen.”

White House spokesman Andrew Bates on Monday said the questioning was in “bad faith,” and that many of the Republicans had voted for GOP-nominated judges who had also sentenced defendants beneath federal guidelines, as Jackson did.

The April 4 vote will set up a week of procedural maneuvers on the Senate floor aimed at securing Jackson’s confirmation by the end of the week. Durbin said he still has hope for some Republican votes by then.

“I strongly urge my colleagues on both sides of the aisle to take a look at this woman and what she will bring to the Court,” Durbin said. “She is the best and deserves our support.”