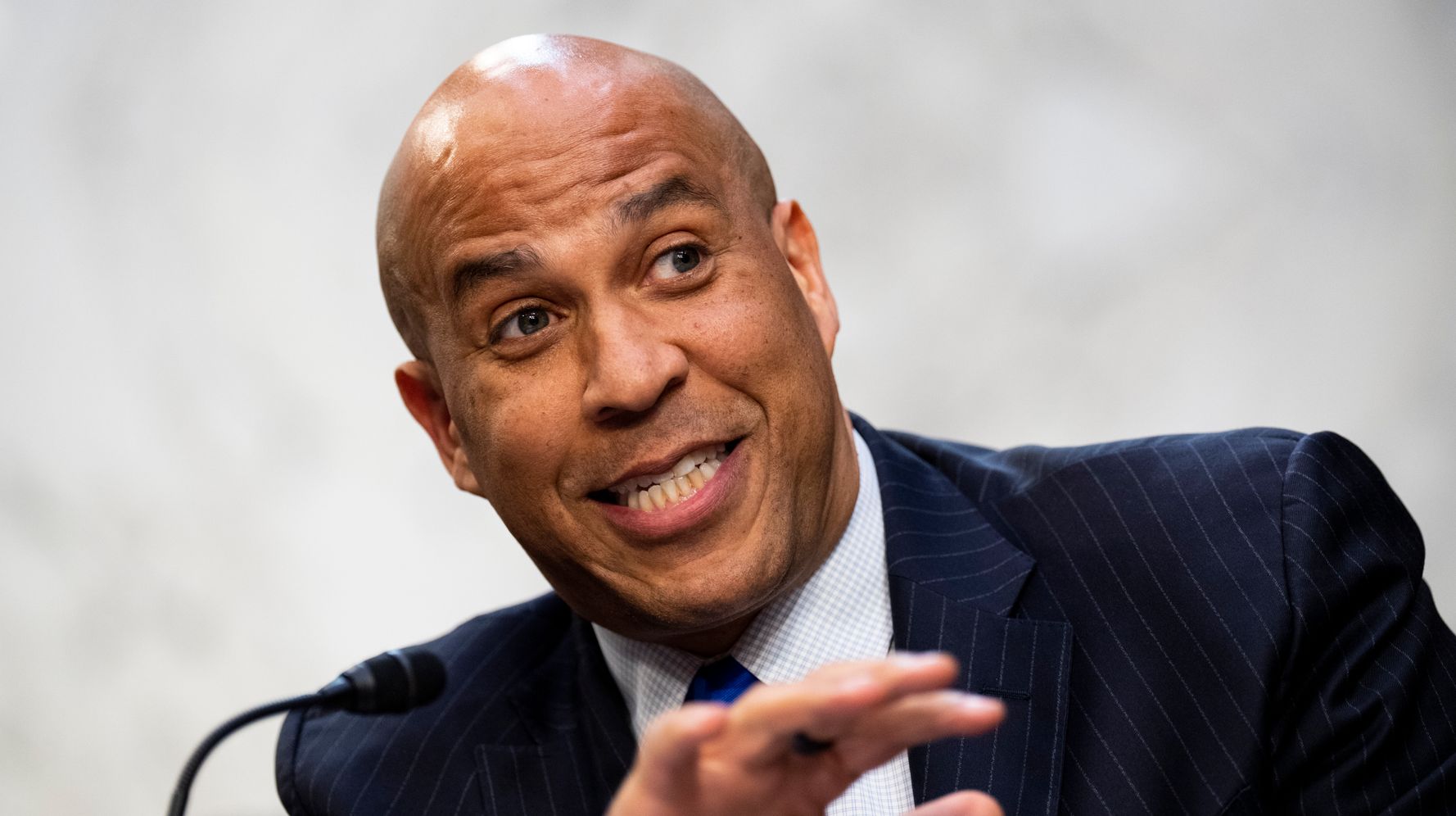 WASHINGTON ― One of the most memorable moments of Ketanji Brown Jackson’s Supreme Court confirmation hearings came at the end of her two days of grueling questioning before the Senate Judiciary Committee.

Democratic senators had been on her side the whole time, but the remarks from Sen. Cory Booker (D-N.J.) were different. He delivered an impassioned speech about her historic nomination to become the first Black woman on the high court and called out the disrespectful and inaccurate lines of questioning from Republican senators.

The speech moved Jackson to tears, momentarily giving viewers a small glimpse of the pressure and emotions she had been so masterfully keeping inside that week. And it turned the focus from all the attacks on her to the joy felt by many about her nomination.

“Nobody is gonna steal the joy,” Booker said. “You have earned this spot. You are worthy. You are a great American. … You’re here. And I know what it’s taken for you to sit in that seat.”

Speaking at a roundtable of Democratic senators Wednesday, Booker expanded on that moment, explaining that his “different lived experience” put him in a position to speak to the frustrations many were feeling during last week’s hearings.

“Clearly, I have a different lived experience than a lot of my colleagues and was able to speak to the heart of what a lot of folks who were feeling that,” he said. “I’m grateful that Sen. [Chuck] Schumer, Sen. [Dick] Durbin put me in a position to be in that moment. But make no mistake, we are an amazing team on the Judiciary Committee.”

When Booker won his special election in 2013, he became just the ninth Black person to ever serve in the Senate.

Durbin, the committee’s chair, told reporters that the attacks were “disgusting.”

“I cannot believe the visceral reaction by some Republicans on that committee to assertive women of color. They just can’t handle it. And if you watch what they do to these women, it’s disgusting,” he said.

It’s not the first time Durbin has voiced concern about how women of color who appear before the committee have been treated.

Responding to criticism that Democrats aside from Booker did not defend Jackson enough, Durbin replied, “The strongest advocate for Judge Jackson was Judge Jackson. That woman showed such extraordinary strength, and it came as no surprise.”

“There was a moment when the committee hearing was getting away from us,” Durbin added, referring to his exchange with Sen. Ted Cruz (R-Texas).

“I spoke up to stop him from badgering the judge with some of the baseless charges he was making and continues to this day. But she really is extraordinary, and she won support with her performance. That’s exactly what we needed to see. She did it. I didn’t want to step in there and look like I was propping her up. I didn’t have to,” he added.

Jackson is expected to be confirmed, both by the Judiciary Committee ― which is expected to vote on Monday ― and by the full Senate. So far, every Democrat appears to back her, and Sen. Susan Collins (R-Maine) said Wednesday that she will vote to confirm Jackson as well. Sen. Amy Klobuchar (D-Minn.) believes more Republicans will also get on board.

“I believe that we’re gonna get additional Republicans, but I can’t tell you which ones right now, though. It’s a very small number,” she told reporters Wednesday. “We want more, and we’re not going to be satisfied at one.”

Ketanji Brown Jackson Is Qualified For The Job. So The GOP Went After Her Blackness.