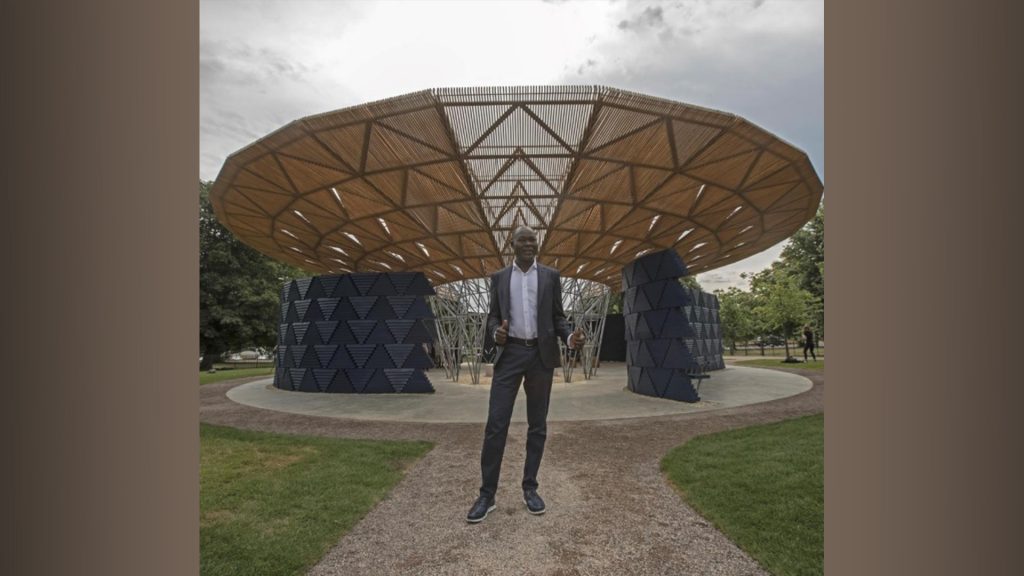 Kéré outside his Serpentine Pavilion in Hyde Park, London

When Francis Kéré was seven he left home to go to school because his mud-hut village did not have one. Almost 30 years later he returned to rectify that, designing the building that would launch a career now recognised by the equivalent of a Nobel prize.

The architect from Burkina Faso said that he was “the happiest man on the planet” to become the first African to win the prestigious Pritzker prize.

Kéré, 56, grew up the son of the chief in the village of Gando. Initially a carpenter, he won a scholarship to study development in Germany and then trained in architecture. The primary school he finished in his village in 2001, followed by a secondary school and teachers’ housing, won him global recognition and provided the blueprint for a career designing sustainable buildings for poor communities across Africa.

Tom Pritzker, chairman of the Hyatt Foundation, which sponsors the award, hailed Kéré for his pioneering designs that are “sustainable to the Earth and its inhabitants — in lands of extreme scarcity”.

Pritzker said: “He is equally architect and servant, improving upon the lives and experiences of countless citizens in a region of the world that is at times forgotten.”

Kéré’s design for Gando, in the east of the country, rejected ubiquitous concrete and combined local clay with cement to keep the air inside cool. He used a raised tin roof to help the air circulate so there is no need for air conditioning. He took advice from locals while working.

Among Kéré’s other works are a series of buildings for the national park of Mali, the national assembly of Burkina Faso and the Serpentine Pavilion of 2017 in London. He was one of the architects behind Geneva’s International Red Cross and Red Crescent Museum and has held solo museum shows in Munich and Philadelphia.