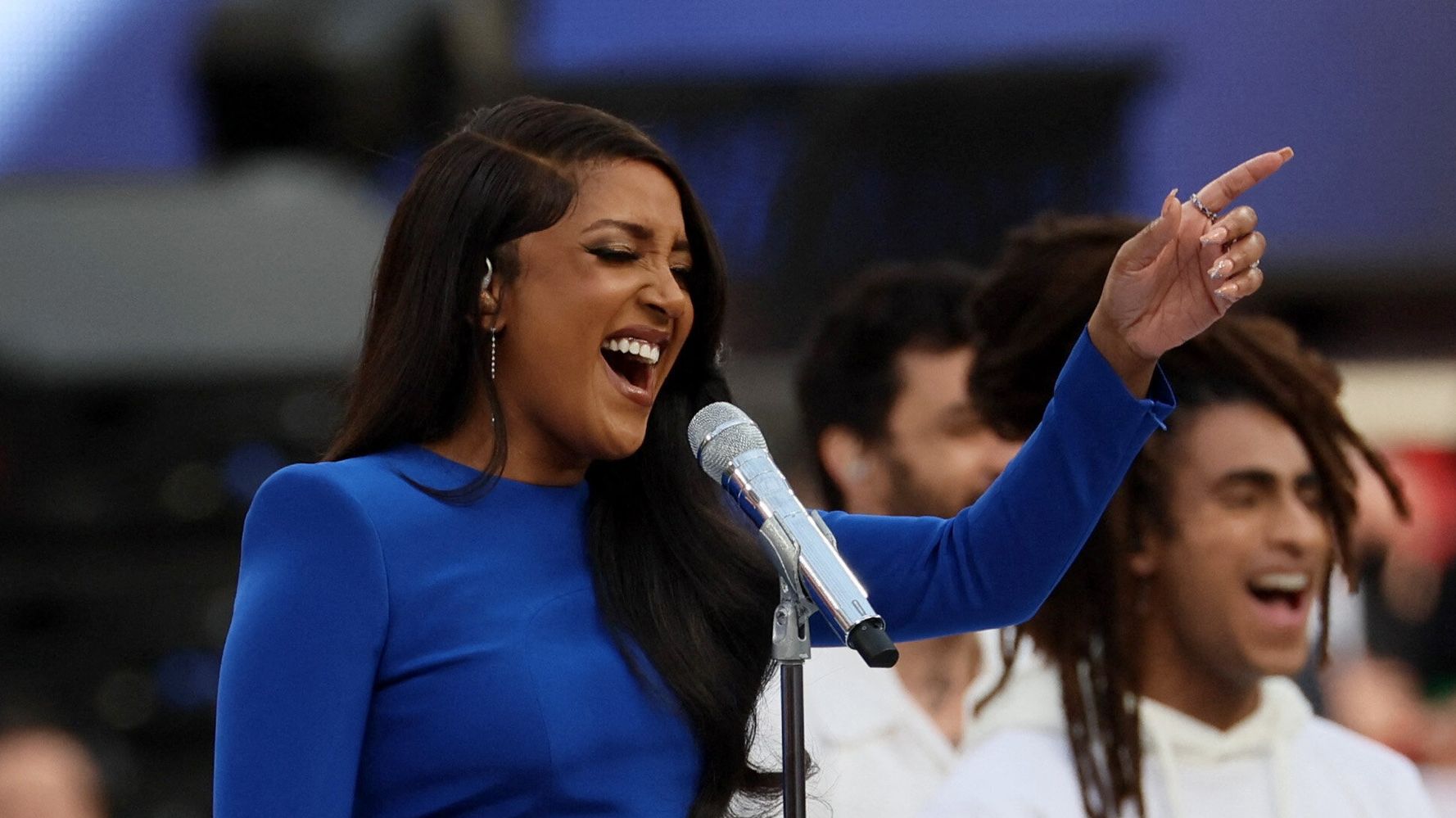 Mickey Guyton gave the national anthem everything she had at SoFi Stadium in Inglewood, California, on Sunday.

The “Black Like Me” singer wowed the crowd and the players at Super Bowl LVI with her rendition of “The Star-Spangled Banner,” just before kickoff between the Los Angeles Rams and Cincinnati Bengals.

Guyton, who belted the anthem in a dazzling blue dress, was backed by a choir dressed in all white, standing in front of a massive American flag.

The NFL announced that Guyton would be singing the National Anthem earlier this month, which the country singer called “so exciting.”

“Look at God,” she said in an Instagram post after the news broke. “I am shook, I am grateful, I am praise dancing …”

Shortly after the announcement, though, Guyton pointed to some of the abuse she received from someone who accused her of being a “prop” for the NFL. He said Guyton was “just known as the Black woman in country music.”

Guyton responded by telling fans that the vitriol wasn’t going to hold her back.

“This is what I see in my mentions on a daily basis,” she said. “It never stops. But guess what. I will never stop.”

Guyton, who in 2021 became the the first Black woman to be nominated in the Best Country Solo Performance category at the Grammys, told HuffPost in November that she has “no answers” for how differently she’s treated as a Black woman in country music.

“We’ve always been at the bottom of the totem pole, but we truly have the voice and the ability to affect the most change,” she said at the time. “It’s a heavy cross to bear, but Black women bear it every single day. We get the brunt of it, but then we have to be the protectors.”

Mickey Guyton Will Sing National Anthem At The Super Bowl: ‘I Am Shook’