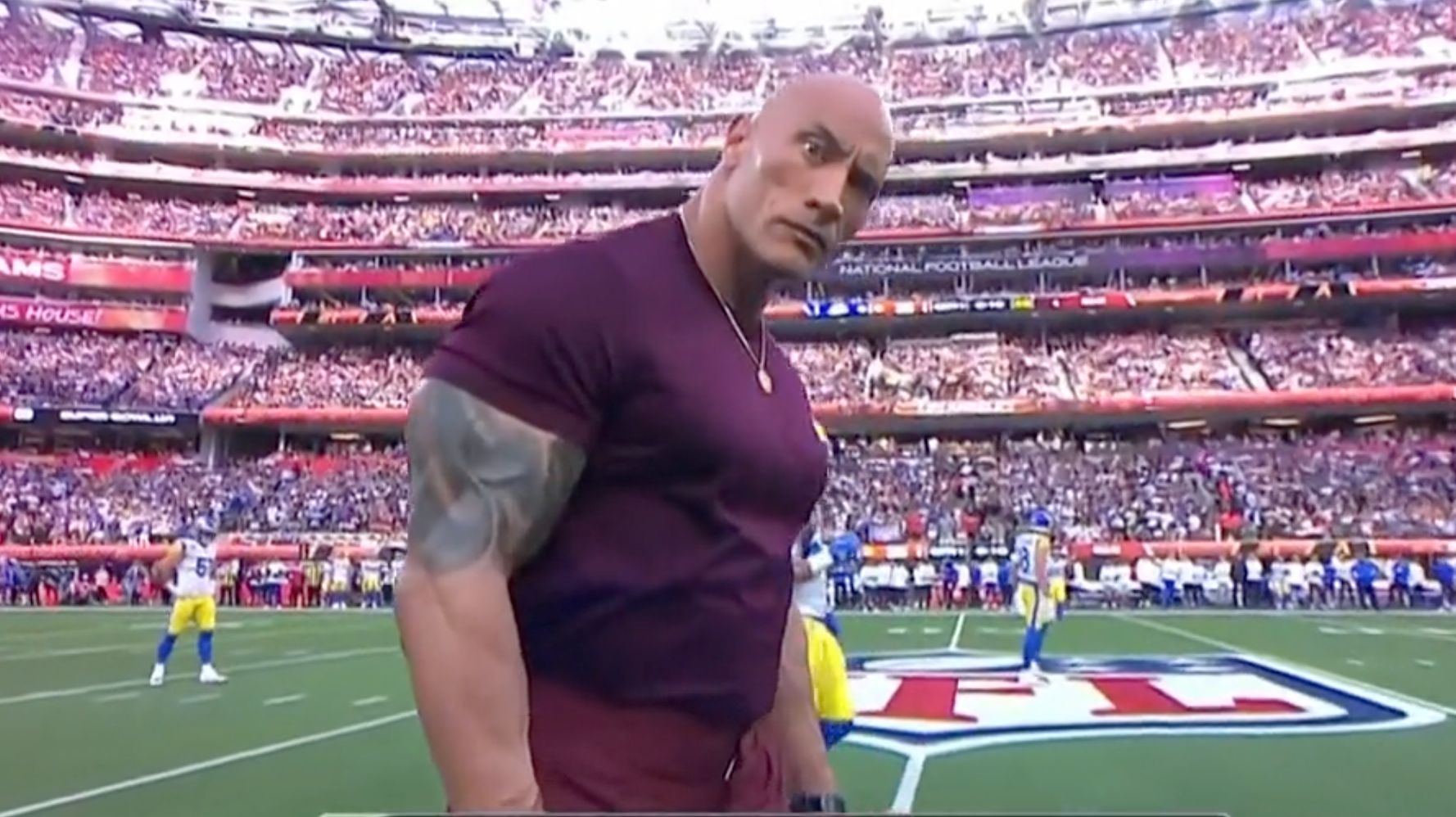 Nobody is busier than Dwayne “The Rock” Johnson, who at any point in time holds at least four times as many jobs as the rest of us.

So, in between beefing up in the gym (and with Vin Diesel), shooting back-to-back Netflix sequels, starring in his first superhero movie and needlessly inserting himself into the Joe Rogan controversy, he made time to serve as the surprise emcee for the Super Bowl LVI.

Before the Los Angeles Rams and the Cincinnati Bengals faced off at the SoFi Stadium in Inglewood, California, on Sunday night, Johnson cooked up an over-the-top, WWE-style intro to kick off the big game.

Giving the camera his signature eyebrow raise from his professional wrestling days, Johnson passionately introduced both teams as the crowd went wild.

“It is time. It is time for all of us here and millions around the world to bear witness to these incredible players who will leave every once of sweat, guts and pride and legacy on this hallowed field because that is what champions do,” he said. “Ladies and gentleman, it is my honor to say, finally, it is time for the Super Bowl!”

Ahead of the game, Johnson, a former college football star in his own right, revealed it was his ” biggest dream” to play in the Super Bowl one day.

“I worked my ass off for years and just knew I was going to will that dream to come true. I failed and none of it happened. Just wasn’t my journey,” he wrote alongside a photo of him entering the stadium.

“Now, years later, life has come full circle ⭕️ as I will stand on the 50 yard line at the Super Bowl — and galvanize, bring together and electrify 80,000+ passionate football fans who love the game like I do,” he continued. “Funny how life works sometimes.”

“My football dreams failed, but many years later — they kinda came true.
In a much bigger and more influential way.”

Naturally, an appearance from Johnson (and his legendary biceps) at center field provoked many a reaction across social media.

Honestly, @TheRock could get me hyped for a dentist appointment.

Oh! That’s why @TheRock is late to my super bowl party. I was like where is Dwayne???

You ever just feel bad for the sleeves on @TheRock‘s shirts #SuperBowl pic.twitter.com/ifOpkgdFHu

NBC didn’t even plan this. The Rock just grabbed the mic and told him he was

All The Celebrities You Might’ve Missed At Super Bowl 2022

Fastest Sprinter In The Nation To Attend College With No Track Team
Travis Scott Pauses Show As Fans Climb On Venue Structure
The Battle of Mogadishu (1993)
Joe Biden To Award Presidential Medal Of Freedom To 17 Recipients
Does Stand-Up Comedy Still Have The ‘Right To Offend?’