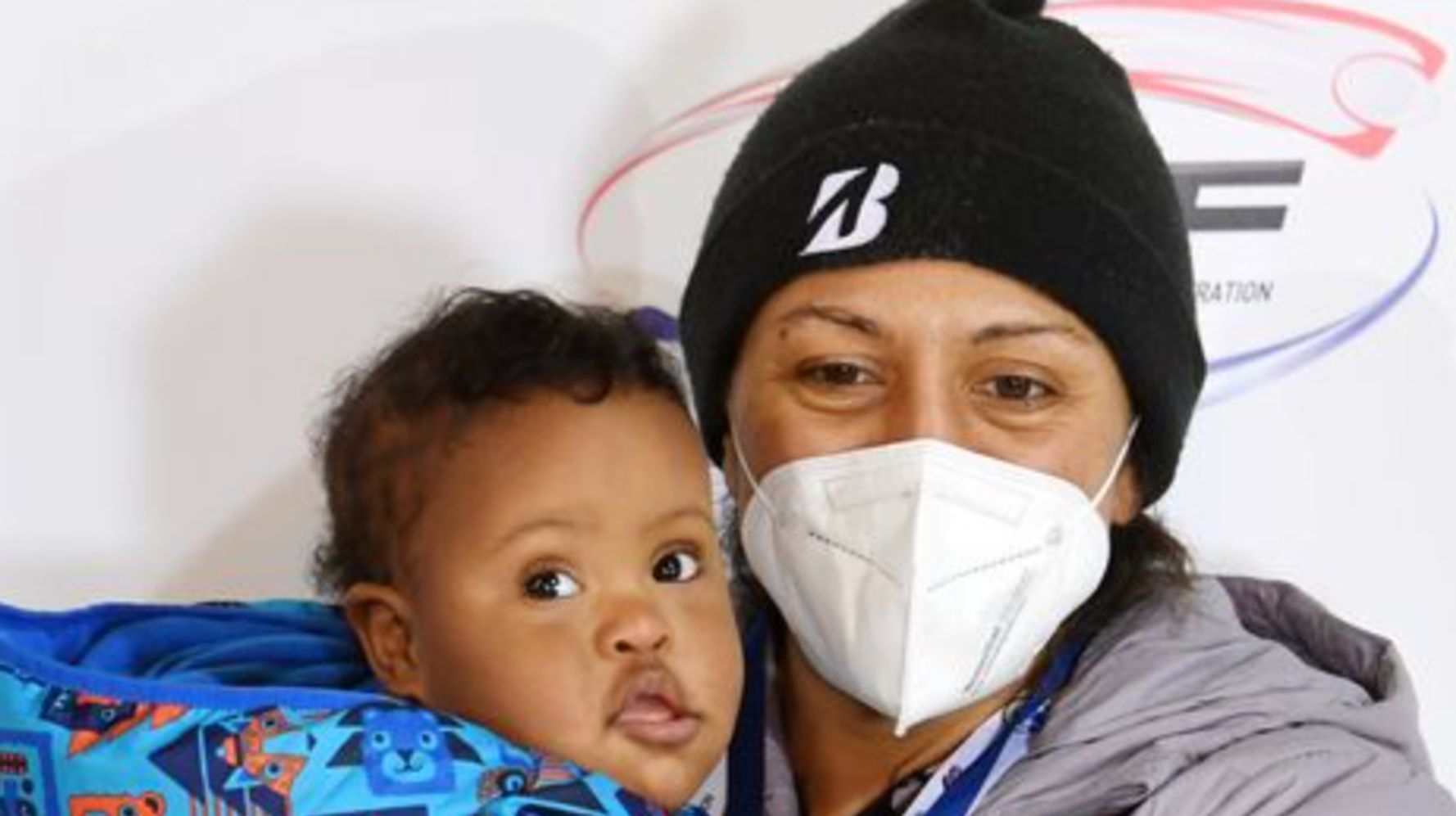 The son of U.S. bobsledder Elana Meyers Taylor is with her every step of the way at the Winter Olympics.

NBC’s cameras focused on an adorable cartoon figure of Nico affixed to Meyers Taylor’s shoe at the monobob event on Sunday in Beijing.

Standing in fourth place after Sunday’s heats, Meyers Taylor was in contention for a fourth Olympics medal. So little Nico was doing his job.

Meyers Taylor is nursing Nico, so he’s in Beijing along with Meyers Taylor’s husband, Nic Taylor, an alternate on the U.S. men’s bobsled team.

But they were separated when Meyers Taylor tested positive for COVID-19 upon arrival in Beijing. They eventually reunited and Meyers Taylor was cleared to compete.

Meyers Taylor wasn’t leaving anything to chance, however, as the heats began. The cartoon version of Nico was right at her feet cheering her on in his USA uniform.

Older Winter Olympics Athletes Are Grabbing The Glory In Beijing