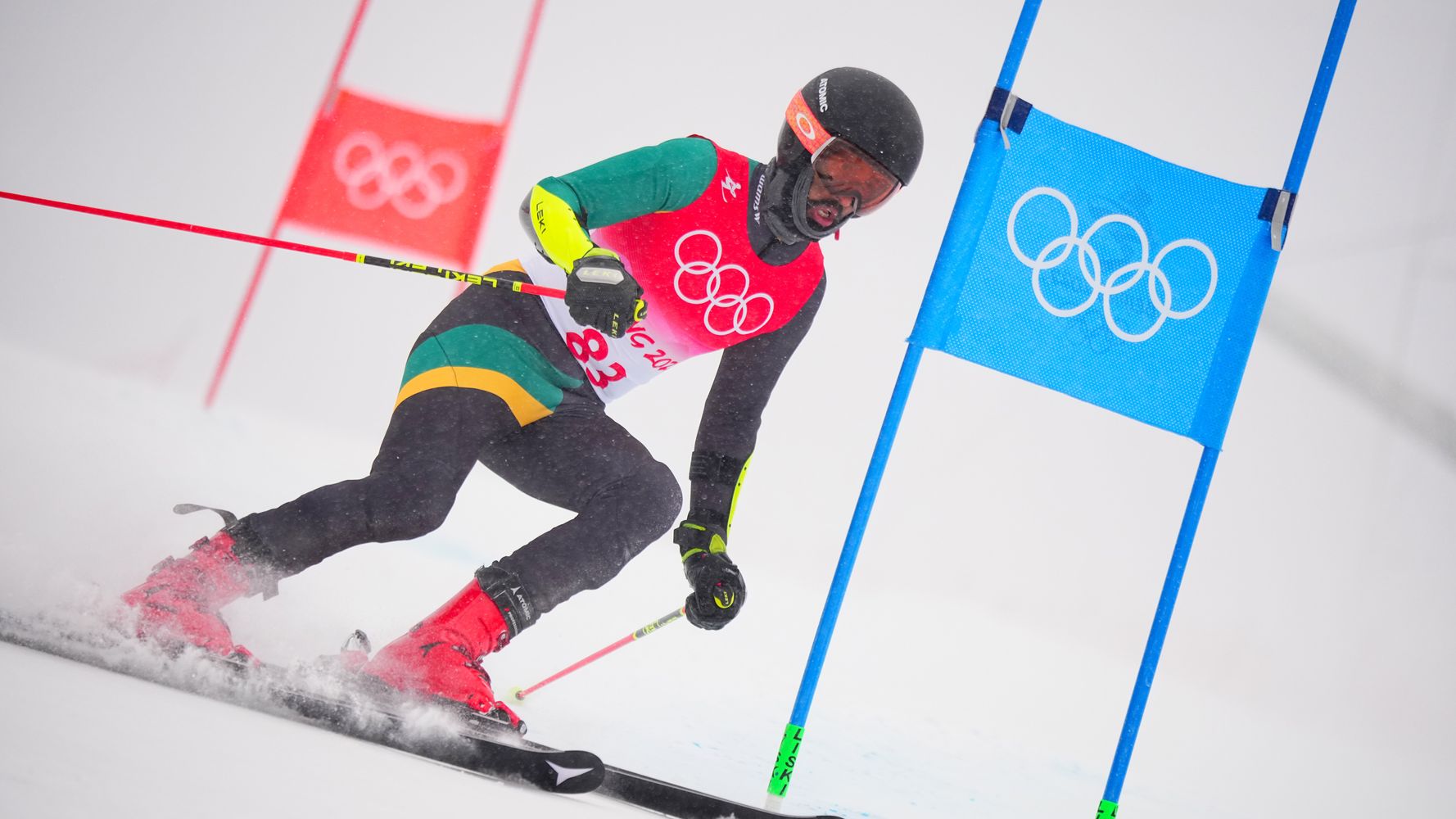 Benjamin Alexander became the first Jamaican alpine skier to race at the Winter Olympics on Sunday ― and after completing the event under blizzard-like conditions, he had a message for doubters. (Watch video of his event below.)

“That was for everyone who thinks they don’t belong in skiing,” he said, per Eurosport. “Get your kids into winter sports earlier. Let’s change the game. Thanks. I’m exhausted. I need a massage and a beer.”

Alexander is a 38-year-old British-born former DJ who had his first ski lesson six years ago and has been training seriously for two. He made it to the finish line while dozens of fellow competitors did not. He skied conservatively to place 46th overall, 69.17 seconds behind gold medalist Marco Odermatt of Switzerland. And his placing was better than more than 40 skiers tagged with the “DNF” designation ― those who did not finish.

“I’ve performed better than some of the best in the world, they crashed, and that’s a fact,” he told the BBC.

Jamaica has famously fielded bobsled teams for the Winter Games. Alexander called his pioneering competition a continuation of the “Cool Runnings” saga, referring to the movie about the first Jamaican bobsled team at the 1988 Calgary Olympics.

Watch a clip of Alexander’s historic first run at the Beijing Olympics. A CNN feature on him is below.

After his first skiing lesson aged 32, at 38 he’s set to compete at the Olympics.

Benjamin Alexander went from being a DJ to Jamaica’s first Olympic alpine skier. He wants his story to be a “beacon of light” and show “it is still possible to get there.”https://t.co/EmzZ8RpEt4 pic.twitter.com/qa6NwrXK0j