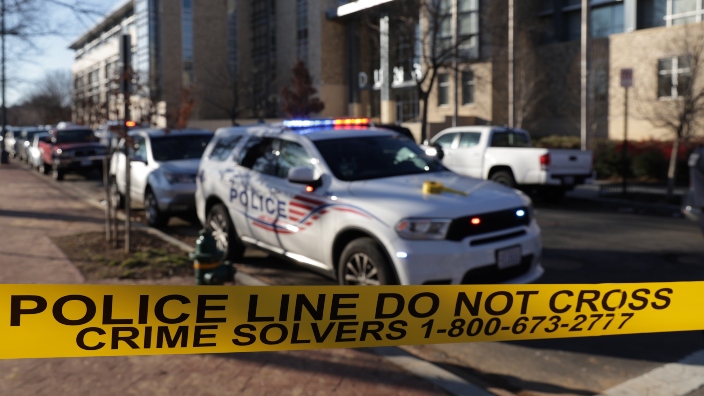 Two teenage boys were arrested this week after an investigation determined they called in bomb threats to seven predominately Black schools in Washington, D.C.

Four public high schools and three charter schools were evacuated after the threats this week, including Dunbar High School, which was threatened Tuesday during a visit by Douglas Emhoff, the Second Gentleman, who was at America’s first Black public high school for a Black History Month event, according to NBC News.

Emhoff was escorted out of the school after the threat was received.

The department wrote early Thursday that “a 16-year old juvenile male, of Southeast, DC, has been arrested and charged with Terroristic Threats in connection to multiple bomb threats yesterday. MPD continues to investigate these incidents with our federal partners.”

A second afternoon tweet said “another 16-year old juvenile male, of Northwest, DC, has been arrested and charged with Terroristic Threats in connection to a bomb threat at Kipp DC College Preparatory on Weds 2/9. MPD continues to investigate these incidents with our federal partners.”

All of the schools were eventually “cleared with no hazardous material found,” according to police.

The Washington D.C. high school threats come after bomb threats this month at nearly a dozen HBCUs, including Howard University and, most recently, Spelman College. Six “tech-savvy” juveniles were identified as persons of interest in those threats last week by the FBI, according to NBC News. The threats appear to be racially motivated.

“The FBI is aware of the series of bomb threats around the country and we are working with our law enforcement partners to address any potential threats,” the FBI said about the college threats. “As always, we would like to remind members of the public that if they observe anything suspicious to report it to law enforcement immediately.”

“Americans have a right to be safe at work, in houses of worship and at school,” she wrote. “The FBI is investigating threats made against our historically Black colleges and universities and houses of worship. We must stand up against any threat of violence in our communities.”