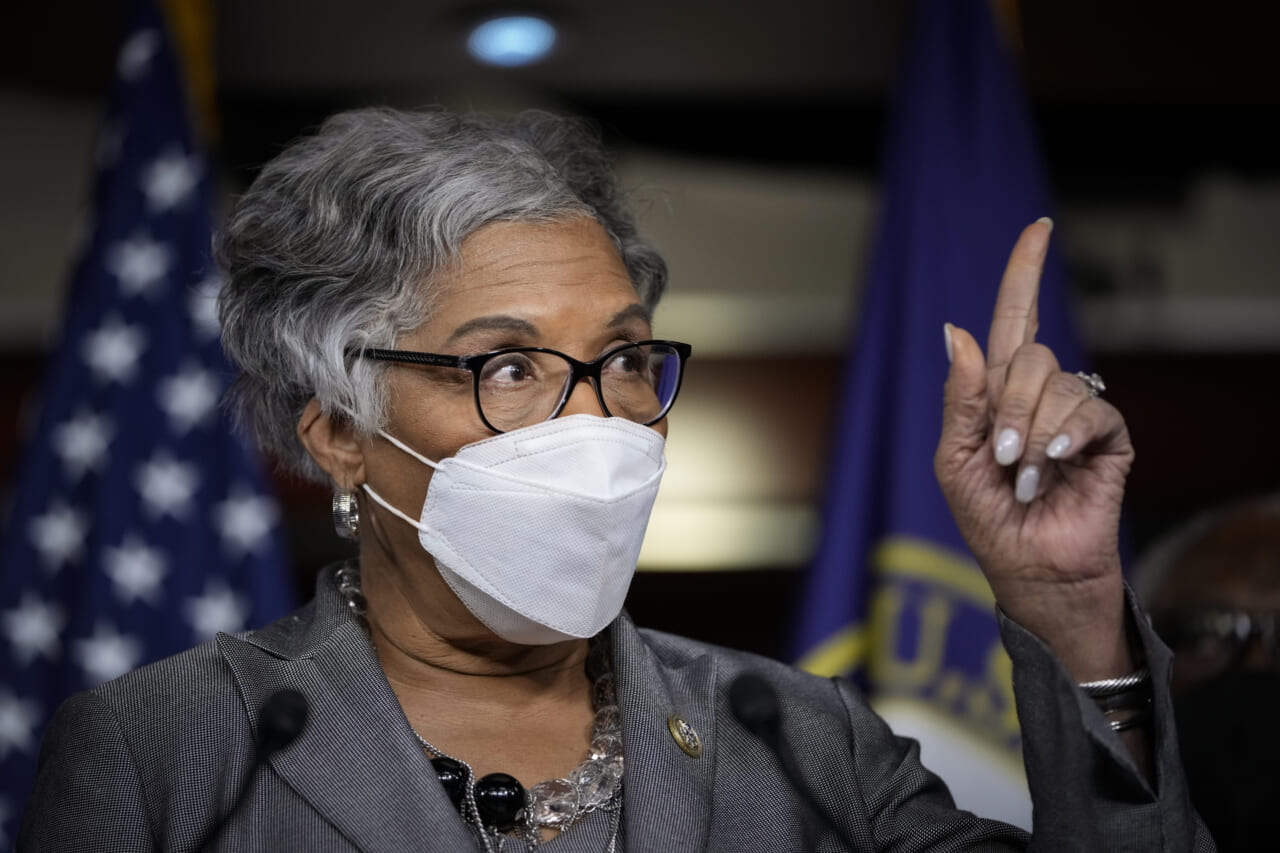 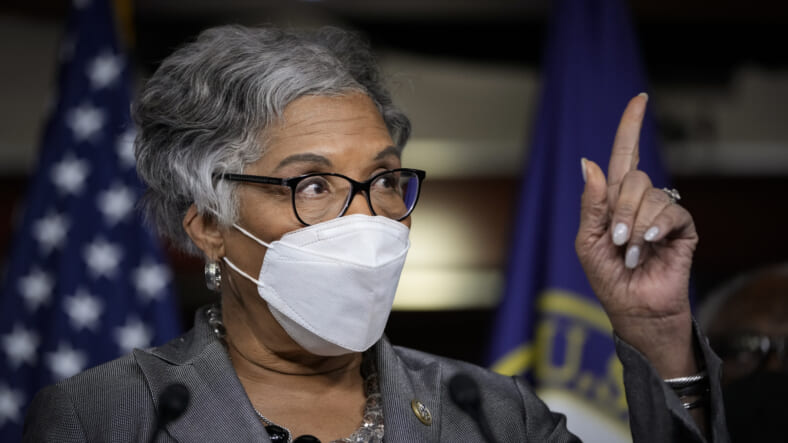 Chair of the Congressional Black Caucus Rep. Joyce Beatty (D-Ohio) speaks during a news conference at the U.S. Capitol on January 12, 2022 in Washington, D.C. (Photo by Drew Angerer/Getty Images)

The latest stunt by a Republican lawmaker in Congress should be a dealbreaker for us all. Rep. Hal Rogers (R-Ky.) should be disciplined or censured for his unconscionable conduct toward a Black female lawmaker, chairwoman of the Congressional Black Caucus Rep. Joyce Beatty (D-Ohio), which happened on Capitol Hill on Tuesday.

This was one of those escalating events that started when the two lawmakers entered an elevator, and Rep. Beatty asked Rep. Rogers to wear his mask. He complied. Then the two lawmakers were boarding the underground train that takes them from their House office buildings to the U.S. Capitol, where they vote. Rep. Beatty politely reminded Rogers once again to wear his mask, as per House rules. According to Beatty, he poked her in the back and told her to just get on the train. And if that wasn’t egregious enough, he told her to “kiss his ass.”

Let me be clear: No Fortune 500 company would keep this man in its employ. He would be summarily fired and walked out the door when this was reported. Rogers’ lack of civility toward a senior member of Congress is appalling but not at all shocking for the Post-Trump MAGA GOP. For her part, as all Black grandmothers and aunties do, she set her colleague straight right on the spot. And he has since apologized to her privately and publicly.

Apparently, GOP members have no self-control, no manners and no respect for their colleagues, particularly those of color. Take Rep. Lauren Boebert (R-Colo.) and her vile attacks on Rep. Ilhan Omar (D-Mich.), likening her to a terrorist with a backpack on a recent encounter on the elevator. Marjorie Taylor Greene’s attacks on Rep. Cori Bush (D-Mo.) were so bad that Bush moved her office (this, too, started over the mask mandate). And it makes sense that Beatty would push back on the mask issue given that Black women have a higher COVID death rate than the general population, and Republican lawmakers have been fined and warned repeatedly to wear their masks. Yet House Minority Leader Kevin McCarthy just looks the other way. He is no leader; he is running a zoo filled with wild beasts and unruly characters he refuses to restrain. It’s sad.

Clearly, Black women are in the crosshairs in America right now, and no place is safe. The latest assault on Black women of accomplishment began last month when Justice Stephen Breyer announced he was retiring. When President Biden affirmed he was keeping his commitment to name a Black woman to the court, many white Republican men chimed in swiftly with the most unkind, incendiary language possible about the very qualified pool of Black female jurists being considered. It was a stunning array of white-hot, white-male outrage for a spot on the nation’s highest court, which had only been occupied by white men for the first 178 years of its existence. And the court had only two white women for nearly 20 years until the first Latina, Sonia Sotomayor, was appointed under President Obama.

I penned a piece on this a couple of weeks ago. I was stunned at the use of words like “quota,” “unqualified”—or as incoming Georgetown Law administrator Ilya Shapiro said of a possible Black female nominee, that she would be a “lesser candidate” than a male of color or someone else. This is now the norm in America of how we talk about Black women, particularly accomplished Black women. And it is getting louder and louder.

The question is, why? My best guess is that Vice President Kamala Harris being a heartbeat away from the presidency has many a white man upset. Not only is America clearly not yet ready for a clearly qualified female president (see Hillary Clinton in both 2008 and 2016), but the fear of Black women rising to take our well-earned and rightful place in America’s corridors of power has many white Republican men and men of power worried.

At the end of the day, the fact that Rep. Rogers felt he could not just cuss at Rep. Beatty but also touch her is insane. That is assault, both verbally and physically. It harkens back to dark days in our nation of Rosa Park’s treatment on that infamous bus ride in 1955—a white man having the right to tell a Black woman to give up her seat, do as she is directed and not push back. Well, as Rep. Beatty told him when she went off on him, “You chose the wrong one today.”

Let me echo that sentiment for all of us as Black women: Don’t start none, won’t be none. But if you do, well…that is another matter entirely.