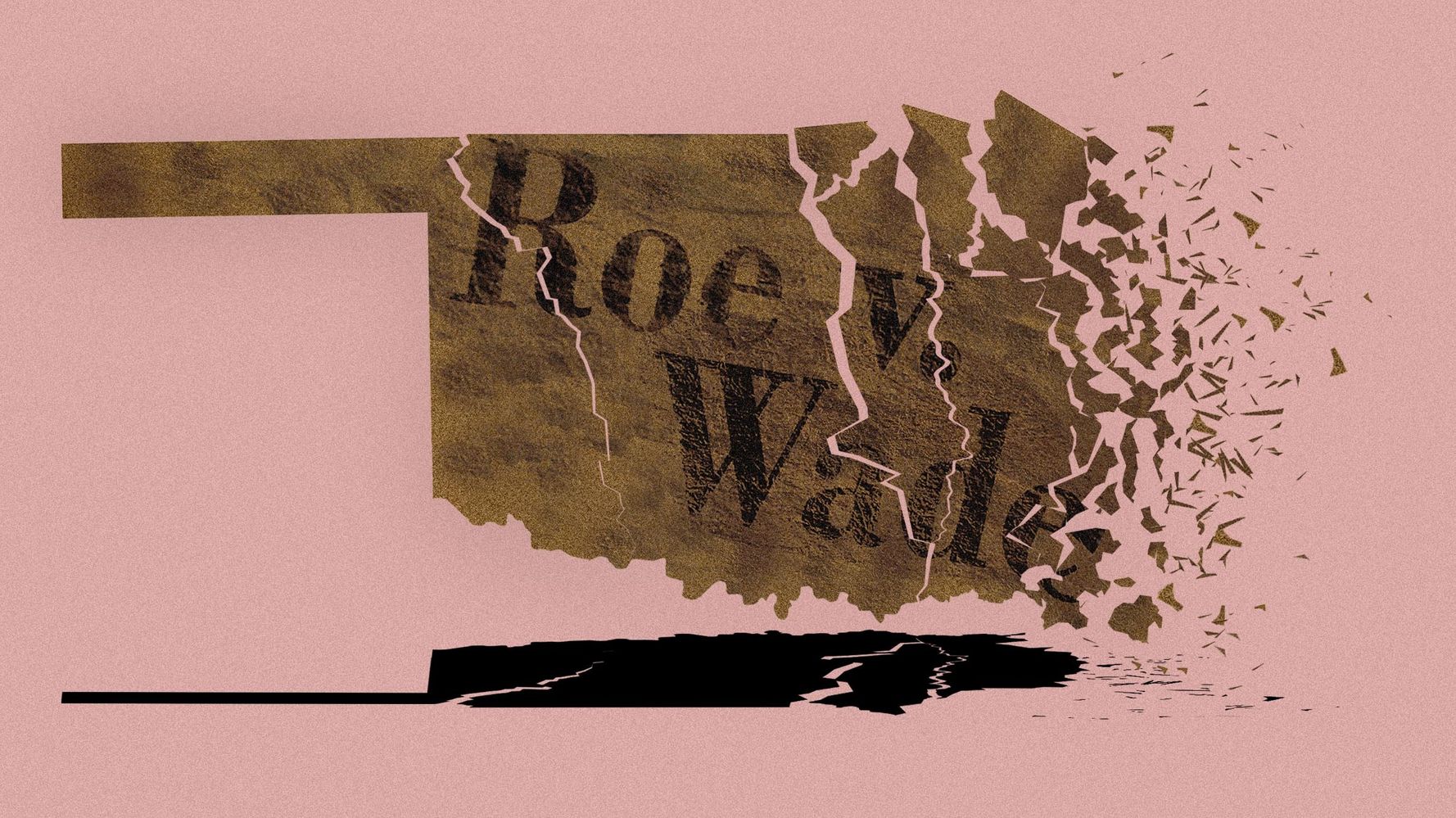 The Oklahoma Legislature started its 2022 session this week with a slew of anti-abortion bills, which isn’t uncommon. “This is my 12th year in the legislature now, and it feels like every year we go through this,” said Oklahoma House Minority Leader Emily Virgin (D).

But this year’s anti-abortion bills ― 11 were pre-filed before the legislative session even began ― bring fresh menace. The state’s Republican governor has already promised that he would sign any abortion restriction the Oklahoma Legislature sends his way. Moreover, some bills, which clearly go beyond what’s allowed by Roe v. Wade and normally would immediately get bogged down in the court system, could actually become law given the looming U.S. Supreme Court ruling in Dobbs v. Jackson Women’s Health Organization, which could upend five decades of abortion rights.

And the bills coming to the floor range from extreme to downright dystopian, including one that would create a state-run database of some pregnant people in the state.

“[W]e have absolutely seen the bills get more and more extreme,” said Virgin. “That’s due to the national landscape and the conservative majority on the Supreme Court. I think the anti-abortion movement has been strengthened and emboldened by that. And with our current governor, it’s pretty likely that he’ll sign any anti-abortion bill that makes it to his desk.”

Last year alone, Oklahoma passed a six-week abortion ban, a “trigger” ban if the high court rules against Roe v. Wade, a total ban and restrictions on medication abortion and other measures restricting reproductive rights (almost all have been blocked in lower courts).

The 2022 pre-filed bills include two six-week abortion bans and a total ban with similar enforcement mechanisms to Texas’ draconian restriction that deputizes private citizens to sue to enforce the law. Other proposed measures give personhood status to fetuses, ban abortion at 30 days and add a constitutional amendment declaring Oklahoma does not protect the right to abortion.

The most radical of the bunch is Senate Bill 1167, filed by state Sen. George Burns (R). Titled the Every Mother Matters Act, or EMMA, it would establish a government database for pregnant people looking to get abortions in Oklahoma. Each pregnant person will call a hotline and be connected with a “pre-abortion resource” assistant, but that person is legally not allowed to refer a patient to an abortion provider. The pregnant person would then be assigned a “unique identifying number” in the database, and abortion providers would be mandated to keep the information for seven years.

As part of the program, the woman will “be connected with a care agent who will provide, at no cost to her, an assessment of eligibility and offer assistance in obtaining support services, other than abortion, for her or the unborn child’s biological father,” according to a press statement from Burns’ office. The services include information on adoption, housing, employment, child care and more, but not on abortion care. It is unclear if the hotline assistants will have any medical expertise in reproductive care, but the legislation does bar anyone who’s worked for an abortion clinic in the past from signing up to be a resource agent.

“Many women facing unexpected pregnancies turn to abortion because they feel like they have no choice. We want to make sure they have an opportunity to connect with medical, financial and other resources that they may not know about,” Burns said in the press statement. “This legislation will do that as well as provide screening to identify those who’ve been victims of crime so that, with the woman’s consent, a report can be made to the appropriate law enforcement agency.”

Burns added that his “ultimate goal is ending abortion.” He did not respond to HuffPost’s request for comment.

But, like so many of Oklahoma’s pre-filed abortion restrictions, S.B. 1167 is redundant. Oklahoma already has informed-consent laws that require pregnant people be told about parenting and adoption as abortion alternatives.

The proposed legislation is “truly off the deep end,” said Kristin Ford, vice president of communications and research at NARAL Pro-Choice America. “This bill is just so beyond the bounds of what any rational person would consider an appropriate role for politicians to play in people’s personal lives and family decisions.”

“The resources that are spent on this redundant, unhelpful and burdensome abortion legislation could be better utilized,” said Dr. Joshua Yap, an abortion provider for Planned Parenthood Great Plains’ Tulsa clinic.

If any of these restrictions pass ― but especially something like a 30-day or six-week abortion ban ― they won’t only affect Oklahomans. For five months now, Texans have been coming to Oklahoma to receive abortion care due to the Lone Star State’s extreme six-week abortion ban. Yap told HuffPost in November that his clinic staff had to double- or even triple-book their schedule to accommodate patients, 75% of which were from Texas.

Oklahoma abortion clinics were already booking weeks out when the Texas ban went into effect, delaying care and pushing people farther and farther into pregnancy. Those ripple effects will be even greater if Oklahoma’s access to abortion is further limited.

Yap believes Oklahoma and Texas patients who can travel will head to Kansas, a neighboring state that only has four clinics left. “Barely six months ago, we were trying to prepare ourselves emotionally for the Texas law going into effect, and now we’re having to re-brace ourselves going into this legislative session,” he said. “It feels like we’re really powerless from preventing these measures from going through.”

The decision in Dobbs v. Jackson Women’s Health Organization, involving a Mississippi bill, is expected sometime this spring. Most advocates and pro-abortion rights lawmakers are not very optimistic given the court’s conservative majority.

When asked how Virgin, the Oklahoma House Democratic leader, is feeling about the pending decision, she responded that she’s scared.

“It’s scary to think about not having all of the health care options available to folks who find themselves in that situation. I’ve talked to people who run the gamut of reasons why they seek abortion care, and I think of all of them when I think about Roe potentially being overturned,” she said.

“We know that across the country, people do believe that there should be a right to access this kind of care. Whether it gets overturned or not, I think that we still have to fight for those options to be available.”

‘75% Of My Patients Are From Texas’: A Day In The Life Of An Oklahoma Abortion Provider

Is This The Last Anniversary Of Roe v. Wade?

The Human Cost Of Being Denied An Abortion