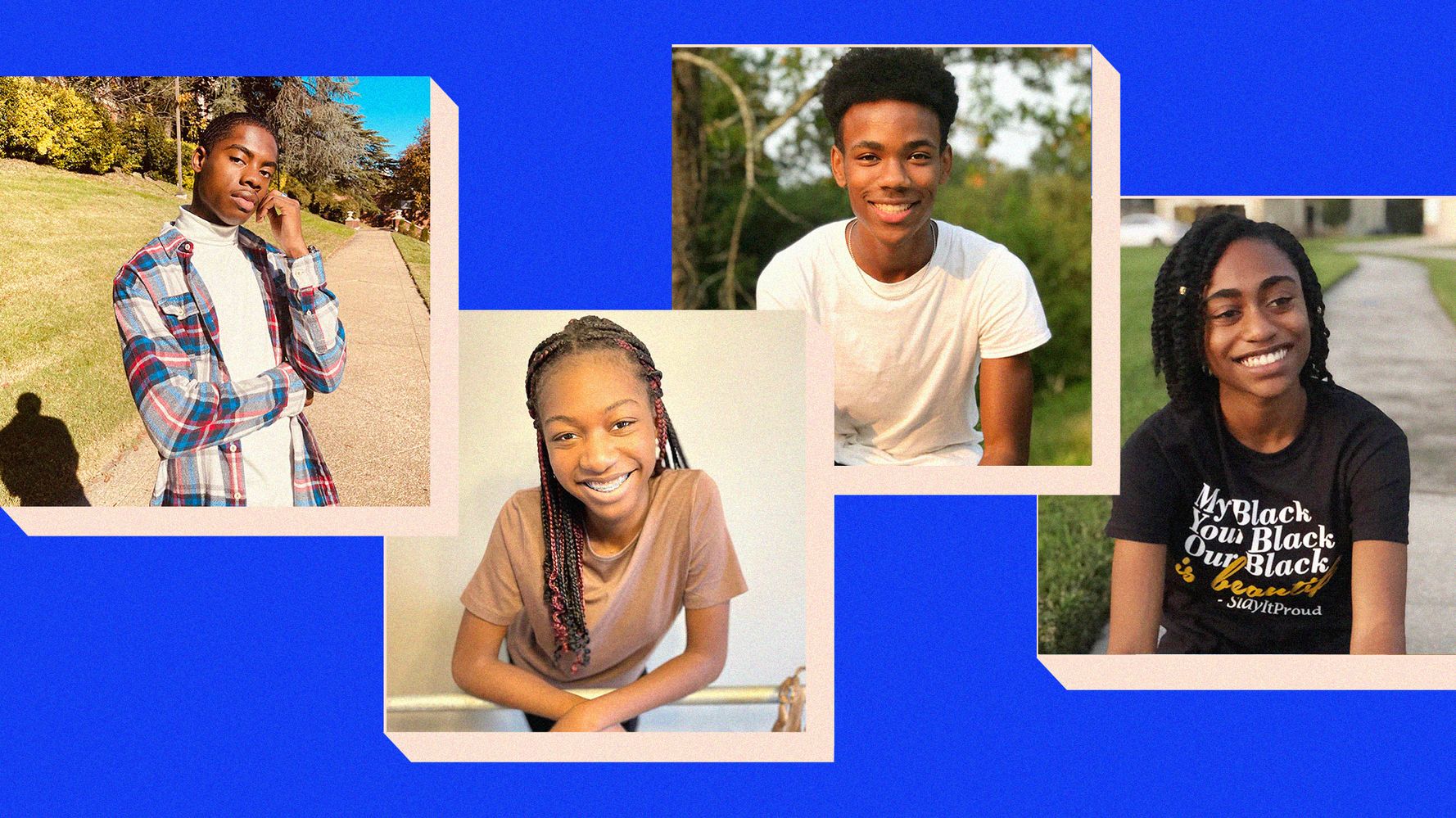 America, As Told By Black Teens

HuffPost talked to several Black teens about the issues that matter to them most. They’re creating their own rules in a society with systems that have failed them time and time again.

Adolescence is one of the most transformative and critical turning points in a person’s life. The attention and care we give to teenagers is crucial. Black teens in America, however, often don’t get the room to be seen and heard when they’re coming of age. Harmful stereotypes, toxic tropes and adultification bias often lead to inaccurate and limiting portrayals of their lives.

But in reality, Black teens are far more powerful, beautiful, creative and multifaceted than adults give them credit for. They are the trendsetters that pump life into culture’s pulse. They are the hope that leads the charge to fight for a more equitable and progressive future. And they are the voice that empowers those who need it most.

And often Gen Z — the demographic born between 1997 and 2012 — is leading the charge during a global pandemic, the destructive effects of climate change, continued racial injustice and so much more. They’re creating their own rules in a society with systems that have failed them time and time again.

To capture their everyday lives, HuffPost talked to several Black teens from different parts of the country about the issues that matter to them most and turned those conversations into diary entries, allowing the teens to amplify their own voices.

Jada Adams, 18, from Columbia, South Carolina, taps into optimism and hope to make music and create community that brings her peers a bit more joy. DeMario Brown, 17, of Detroit, wants to start a sports agency but also wants to help others secure housing and better opportunities. And Eden Wilson, 15, from Chicago is a computer science whiz who has dreams of coaching gymnastics at the Special Olympics one day.

The kids are more than all right. This is “America, As Told By Black Teens.”

Jada Adams is a freshman at the University of Georgia studying entertainment and media studies. Originally from North Brunswick, New Jersey, Jada and her family moved to Columbia, South Carolina, in 2014 to get closer to her maternal family. She found some challenges finishing her senior year of high school during the pandemic, but she’s learned a really crucial lesson on the meaning of happiness that she isn’t willing to compromise on.

Amor Williams is a high school junior. One day she hopes to pursue her dreams of becoming a ballet dancer and a criminologist. But right now, she thinks the most urgent issue of her time is climate change — and is worried about what the future holds if we don’t act now.

Sidney Keys III is a sophomore at Pace Academy in Atlanta. He is the founder of Books N Bros as well as a scholar, entrepreneur, athlete and an older brother. His middle school years culminated during the pandemic and moving from St. Louis to Atlanta after eighth grade has presented new challenges, but he’s taking them in stride.

Shariah Miller plans to become a civil rights lawyer so she can fight for equality and justice like other Black women protesting for change. She is an avid social media user who cares about activism, body acceptance and Black beauty.

Lillian Corpening-Morgan is a high school sophomore from Columbus, Ohio. She’s passionate about illustration, writing and advocacy. She doesn’t know which career path she wants to pursue just yet. When it’s all said and done, she just wants to be able to buy all the books her heart desires and live happily.

DeMario Brown is a high school senior with dreams of creating his own sports agency to represent athletes fairly and keep their best interests in mind. Thinking of others comes as second nature, and helping children in need is another way he hopes to build a better future.

Reygan Myers is a junior at Houston High School in Memphis, Tennessee. She is a leader in Bridge Builders, a community advocacy and outreach student organization, and a passionate dancer. As she thinks about college and the future, she’s nervous but excited about the prospect of change.

Dalioanna Jones is a high school junior with dreams of attending Spelman College and eventually becoming an activist or starting a nonprofit. She’s a mental health advocate and lover of poetry. The pandemic has been an uphill battle for her, as she’s been tested in more ways than one inside and outside of her home. Every time, however, she’s risen to the occasion.

Chance Calloway is a college freshman at Georgia State University, where he majors in film studies. He found hope in the convictions of the murderers of George Floyd and Ahmaud Arbery but is still wishing for America to truly reckon with its issues of racism.

Justin Eduafo is a high school senior and student athlete who plays soccer and runs track. A proud son of an immigrant father, he just wants to make his family proud while he carves out his own path in life. He’s interested in studying dentistry when he goes to college.

Eden Wilson is a high school sophomore, Miss Chicago’s Outstanding Teen recipient in 2020, a gymnast and the founder of Lemonerdy, a virtual learning tool on YouTube she uses to teach people how to code, cook and more. At an early age, she showed a passion for breaking down barriers to learning for disenfranchised and vulnerable people. She has plans of attending an HBCU to study special education and computer science and eventually becoming a rhythmic gymnastics coach at the Special Olympics.

Hailing from Pennsylvania, by way of Haiti, Jacob Bellevue is a freshman studying television and film at Howard University. In 1996, his parents migrated to America for a family emergency and stayed so that they could provide the best possible life for Jacob and his sisters. During the pandemic, he’s been on a journey to make sure he is purposeful in the ways in which he shows up for those he loves.