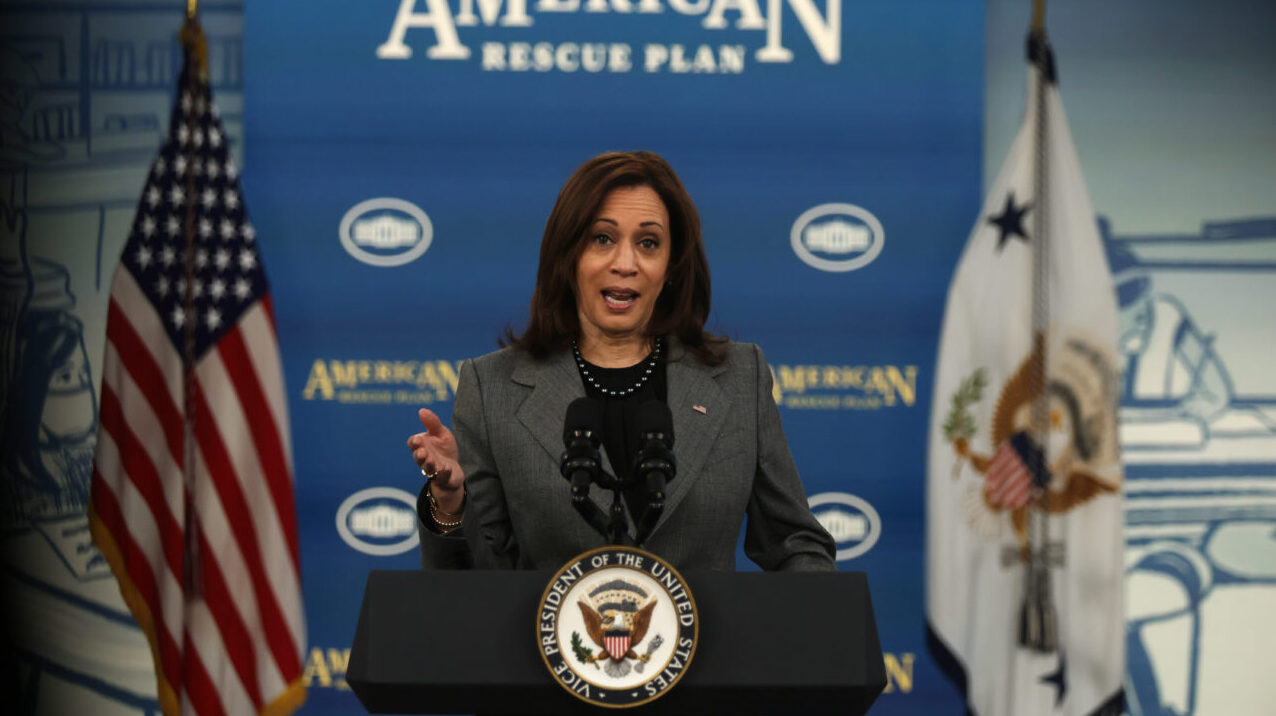 White House officials, including Treasury Secretary Janet Yellen and American Rescue Plan Coordinator Gene Sperling, were joined by non-profit organizations for the event to encourage Americans to file their taxes in order to benefit from the expanded Child Tax Credit and Earned Income Tax Credit for low- and moderate-income families.

“If you are eligible for the Child Tax Credit and the Earned Income Tax Credit, we want you to get those credits,” said Harris, who directed the public to go to ChildTaxCredit.Gov for information on how to claim benefits they are entitled to or to determine eligibility if they are not sure.

In an effort to provide relief to American families during the coronavirus pandemic, the federal government issued advanced monthly payments of the Child Tax Credit to millions of families.

As Vice President Harris noted, “Millions of families have used their monthly Child Tax Credit — CTC — check to put food on the table, to save for college, to cover daily expenses, and to pay down debt.”

Harris said that in order to receive the second half of those tax credit payments, however, families will need to file their taxes. “You are owed more, but you still need to file your taxes,” she added.

However, there is a challenge to get Americans who do not ordinarily file their taxes to do so in order to receive their eligible tax credits. This is due to the fact that those who make less than the gross income required to file taxes typically opt out of filing their taxes and therefore miss out on tax benefits they are entitled to.

According to data from the U.S. Census, Blacks and Hispanics are over-represented among those living in poverty. Moreover, Black households have the lowest average household income, making Black families the most in need of the Child Tax Credit and Earned Income Tax Credit.

However, the Child Tax Credit is not a mainstay for the 2022 fiscal year as it expired last year. Democrats aimed to extend the tax program in the Build Back Better Act, which has yet to be passed in Congress after it was rejected by U.S. Senator Joe Manchin, a moderate Democrat who argued that extending the Child Tax Credit would discourage people from working and that additional federal spending would further fuel inflation.

Angela F. Williams, president and CEO of United Way, one of the organizations in attendance at Tuesday’s event, told theGrio that the Child Tax Credit and Earned Income Tax Credit is “sorely needed” in Black communities.

“Studies show that when the family is a mother, an African-American mom is able to get extra money, she invests in her child and provides the essentials that her child needs,” said Williams, “And so making sure that we’re getting the word out to African-American mothers, to fathers, to parents, to caretakers that are guardians of children to file their income taxes so that they can get what is due them is extremely important.”

United Way provides services and funding in health, education and financial sustainability. As Williams noted, the non-profit “partners on the ground in 90% of communities in the United States with those that are actually delivering services to communities in need.”

It’s organizations like United Way that the administration is leaning on to help reach Black and Brown communities to spread awareness about the need to file their taxes in order to receive payments from the Child Tax Credit and Earned Income Tax Credit.

Williams said the tax credit payments available for American families is an investment in the younger generation, telling theGrio, “if we don’t, what we will continue to see is children in poverty.”

“People tend to focus on one thing, which may be, how are we spending money? Are we giving people more than they deserve? That’s really not the question to be asking. The question is as fellow citizens, how can we support each other to make sure that everyone has an equal opportunity to achieve and to thrive?”

“Economic justice is very much a civil rights issue,” Gonzalez said in a statement to theGrio.

“The evidence is clear – the expanded Child Tax Credit provided resources millions of families need to make ends meet and is helping to end child poverty in America.”

In her closing remarks during Tuesday’s Day of Action event, Vice President Harris referenced a letter she received from a mother in Pennsylvania who had benefited from the advanced child tax credit payments.

“She described that they bought food, they paid their daily expenses, and they supported local businesses in the process. She wrote, ‘Nothing fancy.’  Just making a difference,” recalled Harris.

“And that’s why we are here today: to make a difference for working families across our nation, to offer just a little help.”