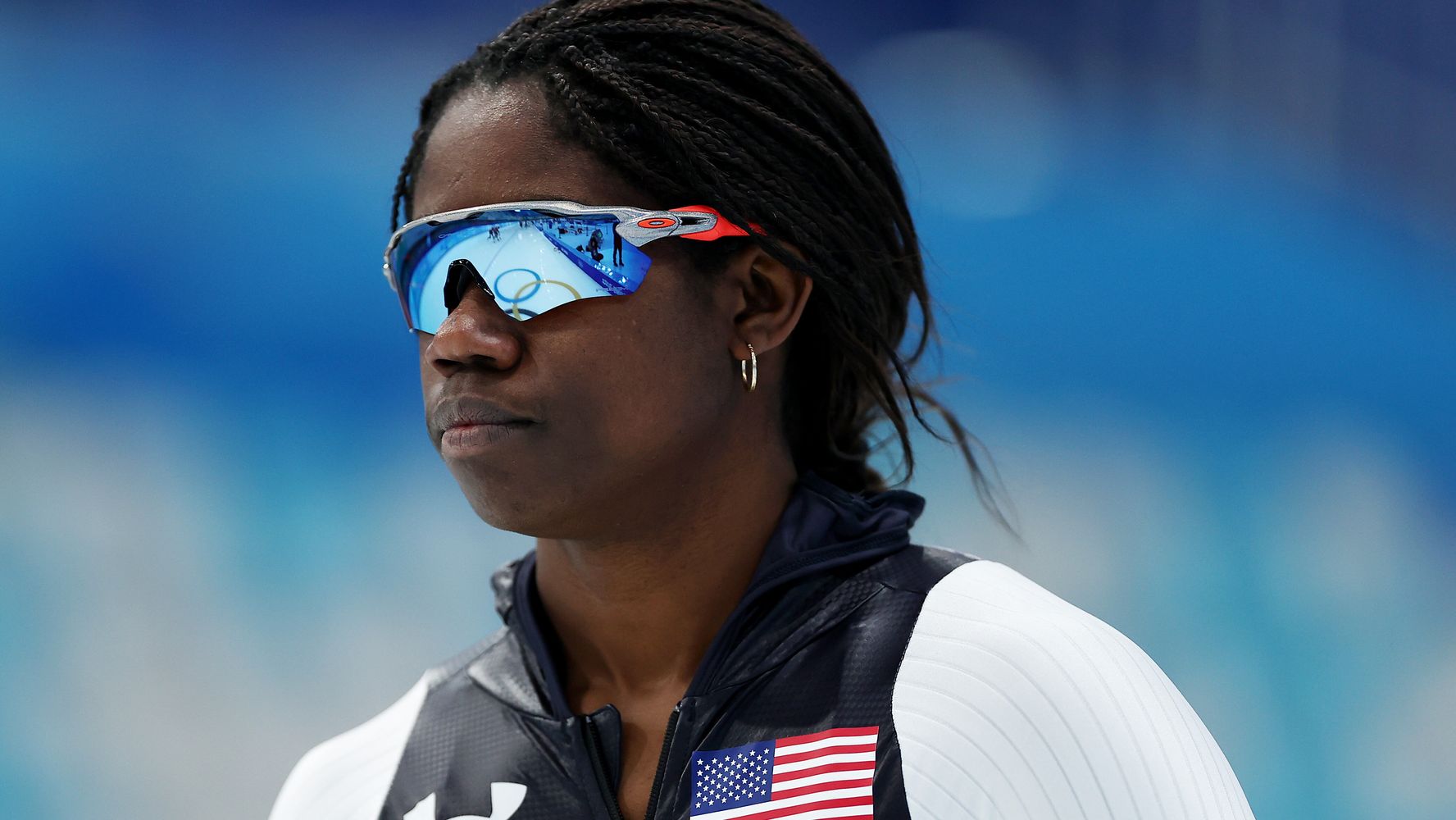 U.S. speedskater Erin Jackson says she doing her part to make the Winter Olympics more inclusive. (Watch the interview below.)

In an interview at the opening ceremony in Beijing on Friday, the gold medal contender told NBC: “I just try to be a good example whenever I can, especially with young Black girls. With the Winter Olympics, you don’t see a whole lot of diversity. So I just hope I can be someone who they can see and be like, ‘Oh, maybe I’ll get out and try one of these sports.’ So that would be awesome.”

“I just try to be a good example whenever I can.”@ErinJackson480 talks about what she hopes young Black girls see in her 🖤#WinterOlympics | @NBCOlympics pic.twitter.com/ka8GFgiieg

Jackson became the first Black woman to win a World Cup event last November when she emerged victorious in Poland. But as the world’s top-ranked 500 skater at the U.S. trials, she stumbled briefly and finished third, failing to qualify for one of the top two American spots. Then teammate Brittany Bowe, who qualified for two other events, surrendered her spot for Jackson.

As it turned out, the U.S. was allocated a third entry in Beijing anyway and Bowe will be skating in the 500 as well.

“I’m just so glad her good karma came back around so quickly,” Jackson said.

Jackson will look to improve on her 24th-place finish at the 2018 Winter Olympics, where she became the first Black woman on the U.S. long-track speedskating team.

Recent history has not been kind to American women in the 500 meters. There have been no medalists since Bonnie Blair won her last gold medal in 1994.

11 Striking Photos You Missed This Week

Tonga’s Shirtless Flag Bearer Wasn’t At The Opening Ceremony, But American Samoa’s Was

Kevin Samuels Left Us A Final Lesson On The Risks Of Hypertension
Quinta Brunson, The New Face Of Olay, Calls Her Achievement A ‘Pinch Me Moment’
Bill Bellamy Hilariously Shares Story Of A Time Foxy Brown Wouldn’t Leave Her Trailer Until She Collected Her Bag — Literally
Kirk Franklin’s Wife May Have Spilled Usher’s Business On Instagram
Young Women Are Tired Of Keeping Up With The Kardashians’ Body Image Ideals