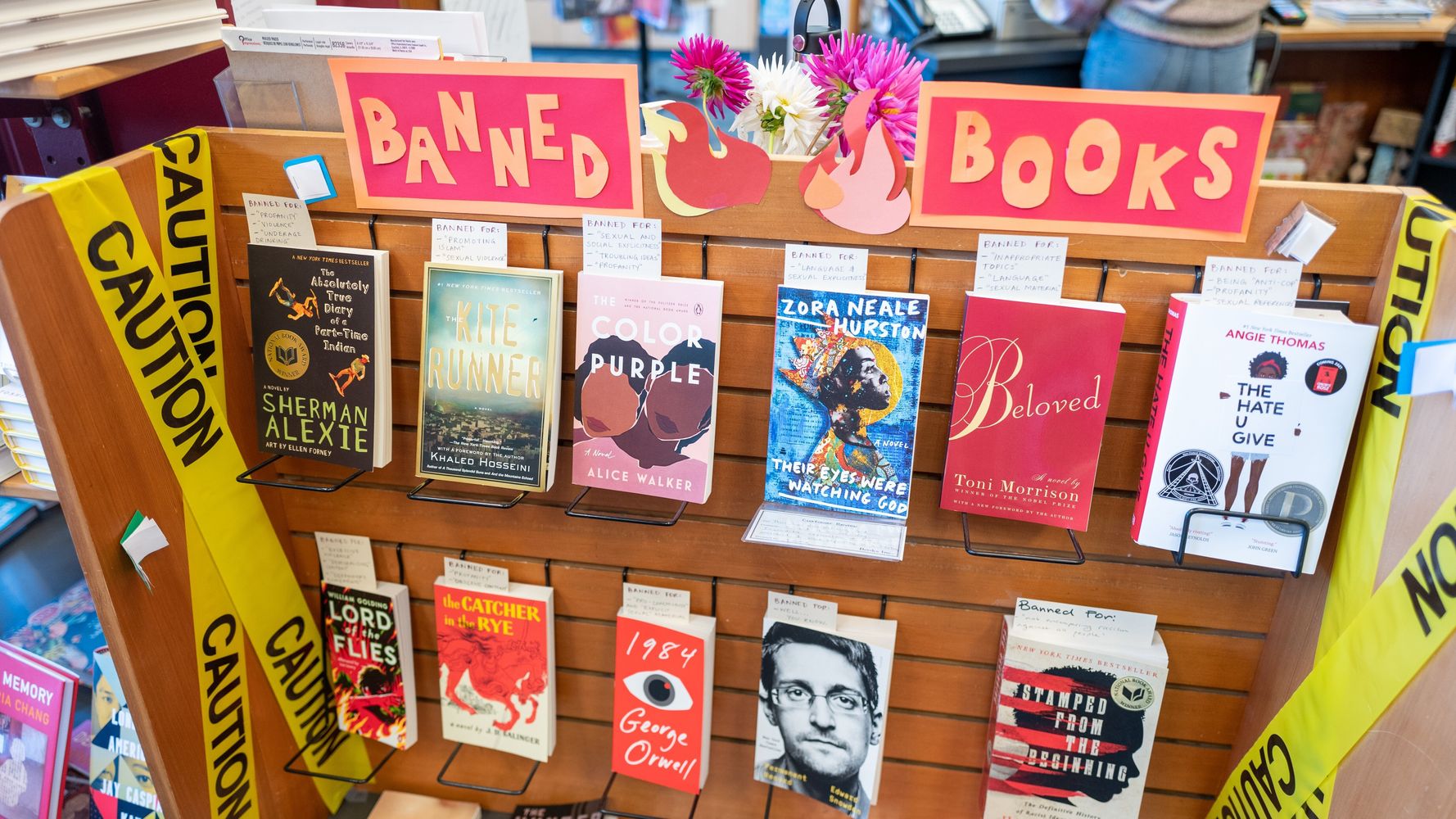 I was in middle school when I first picked up a V.C. Andrews novel. By then, I had already logged hundreds of hours watching “Days of Our Lives” and “Another World” with my mom and grandma, so the salacious, incestuous stories of the Dollanganger family weren’t that shocking to me.

I didn’t hide the book from my mom. She was probably with me when I checked it out from our small-town library. Even though she was a Danielle Steel fan herself, she may have been briefly scandalized to know about the book’s content. However, she also rightly figured that some of the content would go over my naive head.

Thanks to some of my teachers — who would probably be viewed as being “sinister” today — as well as parents who encouraged me to explore the world through reading, I became addicted to books. I was on a first-name basis with all our local librarians. During early adolescence, my other favorite titles were Judy Blume’s “Forever,” Katherine Paterson’s “Bridge to Terabithia,” and Lois Lowry’s “The Giver.”

I soon graduated to Stephen King, and by early high school, I had read about vampires, Pennywise, a vengeful telekinetic teen and a lethal virus that divided the world (which is more triggering now, for obvious reasons). I was also a leader in my high school church youth group, a participant in every extracurricular I could fit into my schedule and a grade-driven overachiever.

Now as I glance through the American Library Association’s challenged books from the 1990s, I trace my finger down a list of old friends and remember the characters I wept over and learned from. High school brought a love for Alice Walker and Toni Morrison, and by the time I graduated from college with a degree to teach English, I had read nearly every banned book I could get my hands on.

I’d like to think I turned out OK. I’m sure some people would disagree, but here’s where I am in my life now: I’ve been in a happy, healthy marriage with my husband for more than 17 years; I’m a contributing member of my community; I’ve had steady employment since I was old enough to work; and I’m raising two amazing and insightful teenage sons.

And even when I didn’t know I was being taught an important life lesson, I was enjoying myself. Because that’s the primary reason I read.

Struggling through an angsty adolescence, I looked for protagonists who made me feel less alone. I turned to “Are You There God? It’s Me, Margaret” and “The Catcher in the Rye.” I saw myself in Margaret’s introspection about faith and family, and in Holden’s quest to find out what life is really about.

Teens today are looking for themselves in books, too. That’s why we need books about every kind of character imaginable — from every race and ethnicity, sexual identity and religion — facing this impossible miracle of life. We need “Drama” by Raina Telgemeier, a graphic novel with gay and bisexual characters, and “Ghost Boys” by Jewell Parker Rhodes, a powerful story about a Black boy killed by the police.

Books don’t transform us into those characters. Instead, books inspire us and entertain us and make us into better versions of ourselves.

My teenage sons have read several books currently being challenged in schools, too, including “The Absolutely True Diary of a Part-Time Indian” by Sherman Alexie and “The Hate U Give” by Angie Thomas. After they read those books, we talked. We’ve discussed sexuality, racism, war and religion. Sometimes we disagree, and sometimes they make me reconsider my preconceived beliefs. They are learning to think critically, and I’m cheering them on from the sidelines.

As author Viet Thanh Nguyen wrote last week in The New York Times, “Banning is an act of fear.” Parents are afraid books will turn their innocent children into something they are not. Books are powerful enough to change minds and challenge ideas, but “Flowers in the Attic” wasn’t powerful enough to turn me into a ballerina attracted to my brother and “The Shining” didn’t transform me into a psychopath, not even during the pandemic.

There are real boogeymen in the world to be afraid of, but they aren’t the kind that live in books.

They’re the kind that want to stop us from reading.

Kimberly Witt is an Iowa transplant placing roots in St. Paul, Minnesota. Together with her husband, she is raising two amazing teenage sons, who were born in Ethiopia. She enjoys writing, running and (surprisingly) helping her sons with math homework. Her writing has appeared in HuffPost, Insider, Scary Mommy and more.

Do you have a compelling personal story you’d like to see published on HuffPost? Find out what we’re looking for here and send us a pitch!

I’m A White Mom Teaching My Black Son To Drive. I’m Terrified For His Safety.

Angela Yee Exits ‘The Breakfast Club’ For Own Nationally Syndicated Show On Same Network
Slavery Fueled Our Climate Crisis. Here’s How Reparations Can Slow It Down.
Opening the Digital Door: How Mastercard’s Latest Initiatives Are Helping Small Businesses Grow & Benefit From Their Digital Presence
Megan Thee Stallion Gives The Best Response To ‘The Rock’ Saying He Wants To Be Her Pet
‘Little Mermaid’ Star Halle Bailey Reveals How She Faced Racism Over Disney Role