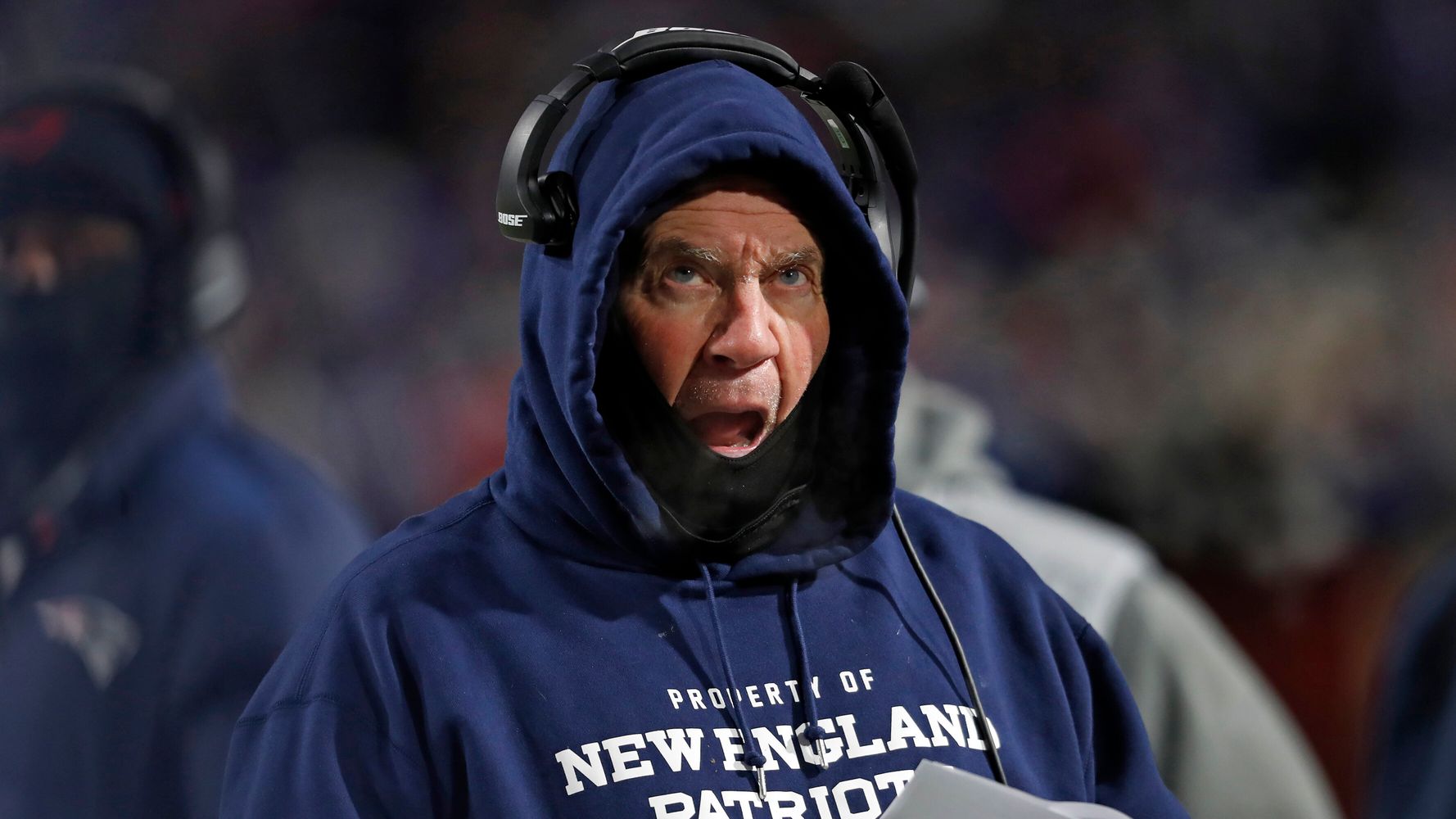 A number of accidental texts from New England Patriots head coach Bill Belichick are at the center of a class action lawsuit by fired Miami Dolphins coach Brian Flores, who has made accusations of racist hiring practices in the NFL.

“Sorry ― I fucked this up,” Belichick texted to Flores, after accidentally revealing that Flores had not gotten the job of the New York Giants’ head coach ― before Flores could even interview for the position.

In a lawsuit filed Tuesday in Manhattan federal court against the NFL and three of its teams, Flores, who is Black, alleged that racist hiring practices by the league have left it racially segregated and “managed much like a plantation.”

Flores, who was fired last month by the Dolphins after leading the team to a 24-25 record over three years, said in the lawsuit that the league discriminates against Black coaches, denying them positions as head coaches and other roles. In the suit, Flores said he was fired from the Dolphins after he refused to hire “a prominent quarterback in violation of League tampering rules.”

In the suit, Flores said the head coaching job for the Giants had been decided before he ever had a chance to interview. Brian Daboll was announced as the new head coach last week.

“The Giants had the chance to hire Mr. Flores, an eminently qualified Black man, to be the first Black Head Coach in the Giants’ nearly 100-year history,” the lawsuit reads. “Instead, the New York Giants made the decision to hire Brian Daboll ― and disclosed that decision to third parties ― during a time when the Giants were scheduled to still interview Mr. Flores and when Mr. Flores was deceptively led to believe he actually had a chance at this job.”

Flores released a series of texts between himself and Belichick in January that appear to show that Belichick knew Daboll had been picked for the job before Flores ever had the chance to interview. The texts to Flores were meant for Daboll, with whom Flores shares a first name.

“Sounds like you have landed ― congrats!!” Belichick wrote in a text sent to Flores.

“Did you hear something I didn’t hear?” Flores asked.

After Flores told Belichick that he had not yet interviewed for the job, Belichick replied that “you are their guy.”

“Coach, are you talking to Brian Flores or Brian Daboll,” Flores wrote. “Just making sure.”

“Sorry ― I fucked this up,” Belichick responded. “I double checked & I misread the text. I think they are naming Daboll. I’m sorry about that.”

Flores still interviewed for the job the following week.

“The Giants would likely have gotten away with this most insidious form of discrimination if New England Patriots Coach Bill Belichick had not mistakenly disclosed it to Mr. Flores” via text message, the lawsuit reads.

In a statement, the Giants said the team stands by its hiring of Daboll.

“We are pleased and confident with the process that resulted in the hiring of Brian Daboll,” the team said in the statement. “We interviewed an impressive and diverse group of candidates. The fact of the matter is, Brian Flores was in the conversation to be our head coach until the eleventh hour. Ultimately, we hired the individual we felt was most qualified to be our next head coach.”

The NFL said the claims in the lawsuit are “without merit.”

“The NFL and our clubs are deeply committed to ensuring equitable employment practices and continue to make progress in providing equitable opportunities throughout our organizations,” the league said in a statement. “Diversity is core to everything we do, and there are few issues on which our clubs and our internal leadership team spend more time. We will defend against these claims, which are without merit.”

And The Highest-Paid Coach In America Is…