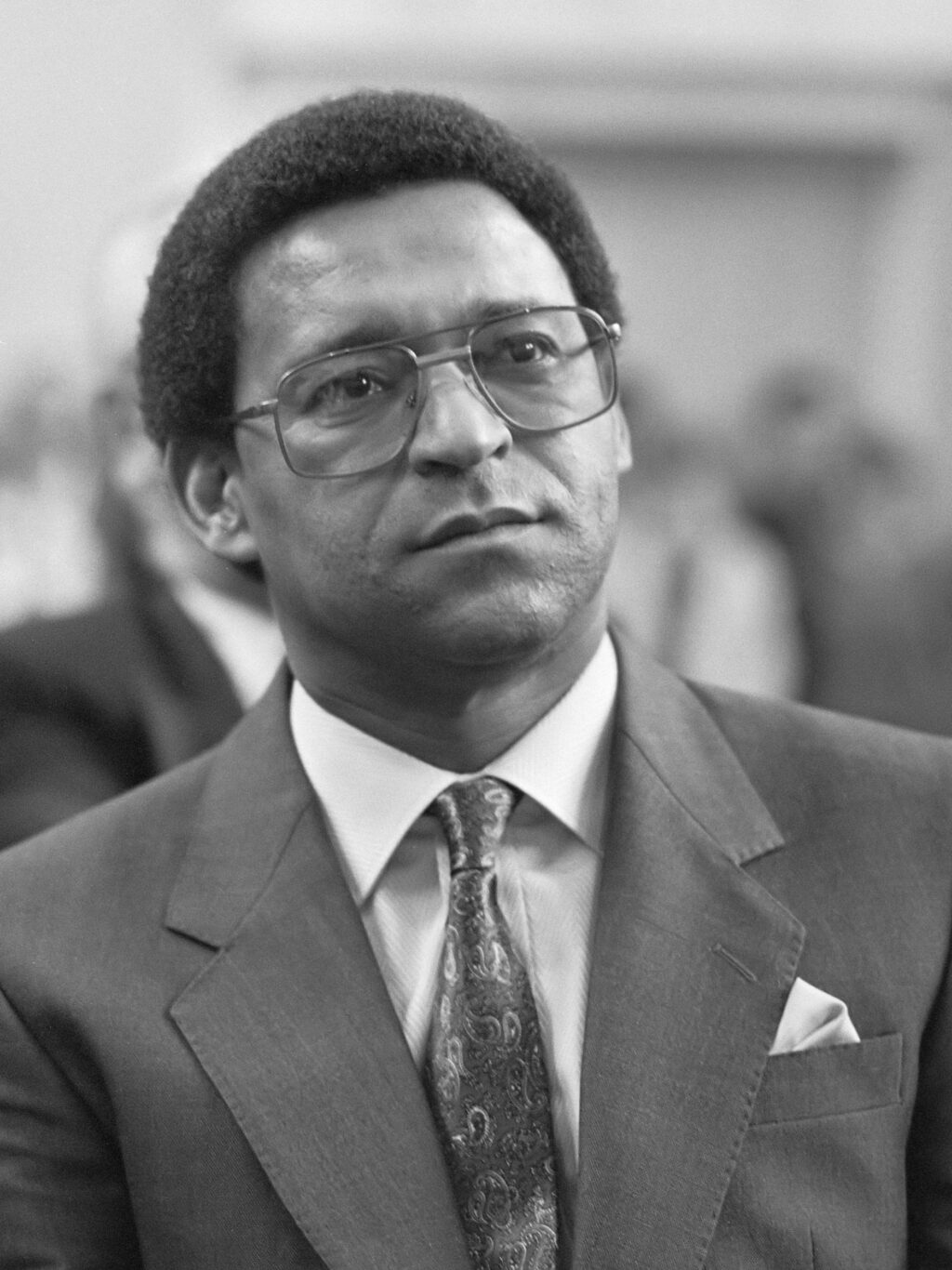 Allan Boesak is an award-winning South African theologian and political activist known for his participation in the anti-apartheid movement alongside Desmond Tutu and Nelson Mandela. Boesak was born in Kakamas, Northern Cape province on the eastern border of South Africa on February 23, 1946. He cites observing his mother’s strong faith in raising him and his seven siblings after their father passed away in 1952 as the inspiration for his theological pursuits.

At the age of 17, he enrolled in the University of the Western Cape’s Dutch Reformed Mission Church Theological Seminary, and in 1968, became the youngest ordained minister in Paarl, a town in the center of Western Cape province. In 1970, he left South Africa to study at the Protestant Theological University in Kampen, the Netherlands and in 1976 he received his Doctorate in Theology.

Almost immediately after receiving his doctorate, Boesak returned to South Africa where he joined the African National Congress (ANC) and began his anti-apartheid activities. With the 1977 publication of his doctoral dissertation “Farewell to Innocence: A Socio-Ethical Study on Black Theology and Black Power,” Boesak entered in pantheon of Liberation Theologians which re-interpreted the principles of Christianity to apply to themes about justice and equal rights in the midst of racial-based crises that took root in South Africa and abroad.

After the fall of apartheid in November 1995, Boesak began to speak out other issues, including announcing his support for LGBTQ+ rights and denouncing the alleged re-racialization of South African society by the ANC. He has since then served in a number of theological leadership positions within South Africa and globally, one of his most notable accomplishments being the first African and youngest person ever elected as president of the World Alliance of Reformed Churches, serving from 1982 to 1991.

In 1985, Boesak received the Robert F. Kennedy Human Rights Award along with Winnie Mandela as well as numerous other awards throughout his career. In 1994, Boesak, supported by Nelson Mandela, was nominated as the South African ambassador to the United Nations, but was forced to withdraw due to accusations of misappropriating money donated to his charity, Foundation for Peace and Justice. In 1999, he was convicted of theft and fraud and sentenced to three years, but only served one year before being released in 2001. He was pardoned by President Thabo Mbeki in 2005.

Boesak has since served as theologian-in-residence at the International Institute for the Study of Race, Reconciliation, and Social Justice, Extraordinary Professor of Public Theology at Stellenbosch University and Honorary Professor of Humanities at the University of KwaZulu-Natal. In June 2013, Butler University and the Christian Theological Seminary, both in Indianapolis, Indiana, USA, jointly appointed Boesak as The Desmond Tutu Chair of Global Peace, Justice, and Reconciliation Studies.