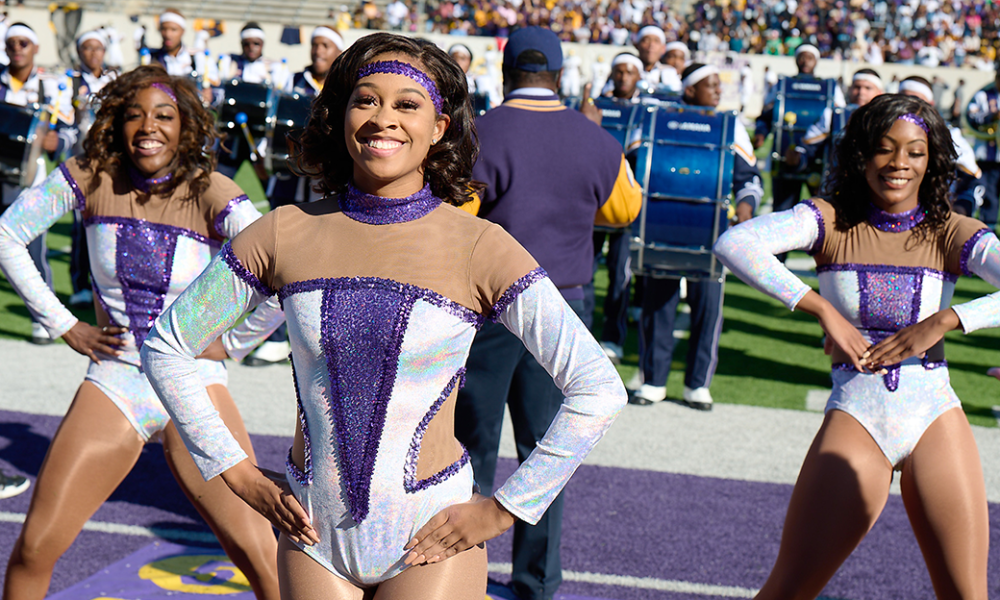 HBCU marching band culture is getting its own show on The CW with MARCH a docuseries following Prairie View A&M University’s Marching Storm marching band.

The 8-episode series debuts on Monday, January 24 at 8:00pm ET/PT on The CW and will follow the 300-person band and staff members including musicians, drum majors, dancers, flag team and faculty advisors as they navigate the pressure of performing and tackling rigorous academic schedules at the HBCU. The show will also explore the legacy and culture HBCUs, Prairie View A&M and how the Marching Storm is an integral part of that rich history.

On top of following the unusual struggle of navigating student life during the pandemic, the series will feature PVAMU performances against other bands including Jackson State University and Texas A&M. It will also chronicle the band’s pressure-filled journey to become the top-ranked HBCU band in the land after starting the season at #8, as ranked on ESPN’s The Undefeated.

Among people highlighted, the show follows Shawn Zachery, the coach of The Black Foxes dance troupe and a member of Alpha Kappa Alpha Sorority, Inc. as well as Tau Beta Sigma National Honorary Band Sorority. Zachary began her career in dance as a Southern University Dancing Doll. While juggling a successful career in the IT field for over 30 years, she has served as Director and Choreographer for Howard University’s Ooh La La! Dancers, the Champagne Dancers at South Carolina State University, and the Hot Ice Dancers at Norfolk State University. She is also the creator of the National HBCU Auxiliary and Dance Directors Association.

The show also follows Kaylan, a member of Delta Sigma Theta Sorority, Inc. and the captain of The Black Foxes dance troupe and highlights her intense leadership as she pursues her mission to leave a legacy before graduating.

With an AKA as the coach and a Delta as the captain of the dance troupe D9 audiences across the nation are excited for the show.

Shot in the fall of 2021, MARCH presents the students and staff members navigating a plethora of relatable issues – the effects of the pandemic on their lives, long-distance relationships, the current discussion around pronouns, being a student and a parent, getting along with bandmates, and more. The student band members also cope with the common college issues including the first-year students missing their families, sophomores and juniors growing into leadership positions, and seniors contemplating their next moves – all while working toward the shared goal of musical and performance excellence.

“At Stage 13, we are thrilled to partner with The CW to bring audiences the dynamic energy and inspiration of Black college life via the awesome HBCU marching band experience,” said Stage 13 SVP/GM Diana Mogollon. “PVAMU’s Marching Storm is unparalleled, and its members deliver quintessentially high-stakes entertainment at its best, with swagger, camaraderie, and heart throughout the series.”

The series launches tonight in time for the February observance of Black History Month and HBCU Awareness Month in March.

Kanye West Posts Half-Naked Elon Musk And Accuses Chris Paul Of Sleeping With His Wife Before Another Twitter Suspension
How One Woman Found Out Her Friend Was A Serial Killer, And She Was Next On His Hit List
37 Holiday Gifts From Black-Owned Brands To Give This Year
Lil Cam 5th Arrested, Could Houston Police Be One Step Closer To Finding Out Who Killed Takeoff?
Ashton Sanders Says Playing Bobby Brown In Whitney Houston Biopic Was ‘Euphoric’