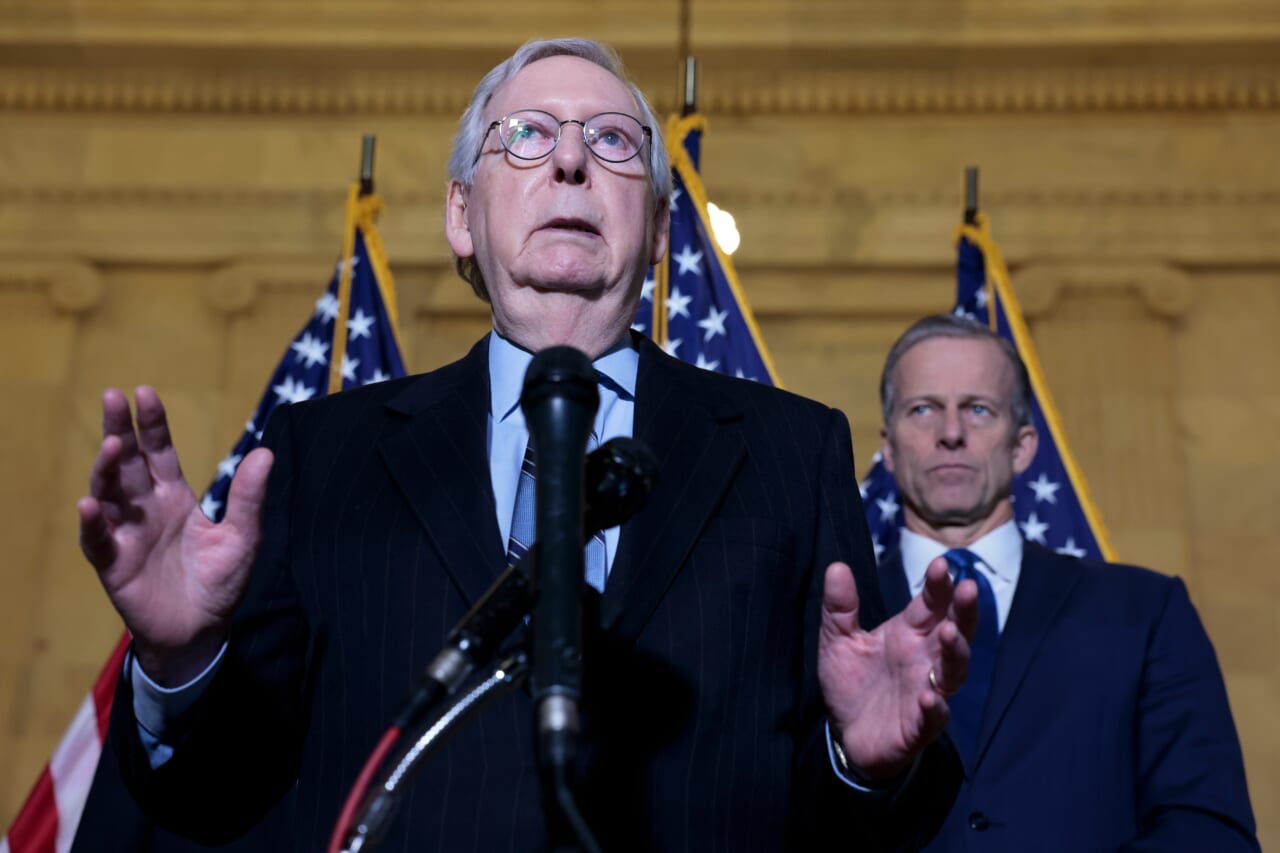 “His actions are literally in alignment with his words,” said Latosha Brown, the co-founder of Black Voters Matter, about Sen. Mitch McConnell’s recent remarks about African American voters.

On Wednesday, McConnell came under fire after he told reporters that, “African-American voters are voting in just as high a percentage as Americans.”

The Senate Minority Leader was sharply criticized for implying that Black voters weren’t American. He responded by saying he simply forgot to say “all” before “American.”

“What he said, unfortunately, wasn’t shocking,” said Brown to TMZ on Sunday. “It is something so rooted in racism, it’s so rooted in division, that it is actually very anti-democratic at its core.”

The now-viral clip of McConnell caused a frenzy as it made its rounds on social media.

The 79-year-old spoke to reporters ahead of the failed vote to move the John Lewis Voting Rights Advancement Act to the Senate floor, on Wednesday.

The bill would strengthen legal protections against discriminatory voting policies and practices, like having states pre-clear changes to their voting laws with the federal government.

However, after passing the House in August 2021, the bill has remained stagnant due to Senate Republicans and two centrist Democrats committing to block a measure that would allow a simple majority vote to decide its fate.

“There’s no threat to the voting rights law,” said McConnell back in June 2021 when asked about the legislation. “It’s against the law to discriminate in voting based on race already. And so I think it’s unnecessary.”

McConnell, who voted against the legislation on Wednesday, also addressed his comments on Black voters on Friday.

“This outrageous mischaracterization of my record as a result of leaving one word out inadvertently the other day … is deeply offensive,” he said during a press conference in Louisville.

His comments caused major backlash from politicians, leaders and members of Black community.

“This is 2022 and being American is not synonymous with looking or thinking like you,” said Virginia Democratic Rep. Donald McEachin in an open letter to McConnell.

“African Americans are, in fact, American citizens deserving of our recognition, respect, and equal protections under the law,” he added.

In addition, #MitchPlease began trending on Twitter, with many users calling out the Republican senator for his divisive commentary.

“He may not have intended to say that, but the lips will betray the heart,” said Brown, who founded Black Voters Matter to increase voting power in Black communities throughout the nation.

“He certainly had it in his heart and it is certainly something in his value system that he has been holding around,” she added.