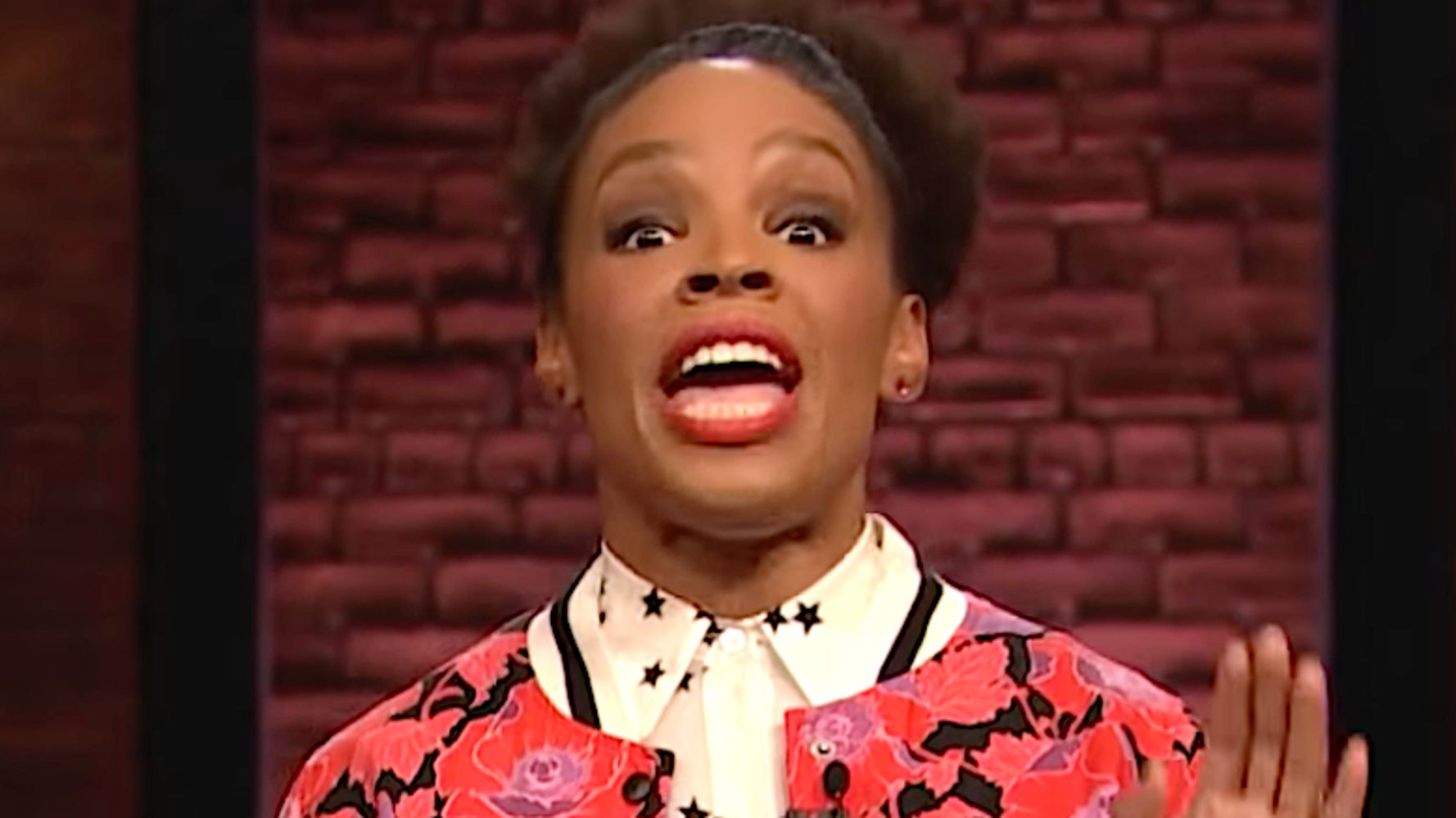 Keeping up with current events is hard. Amber Ruffin makes it easy.

The comedian summed up the recent news Tuesday in her chipper style on “Late Night with Seth Meyers.” (Watch the video below.)

She mourned the deaths of Betty White, Sidney Poitier and Bob Saget, while hilariously riffing on the death of murderer Robert Durst (trust us). She gushed about the engagement of Megan Fox and Machine Gun Kelly, and raged against a French dressing controversy, however weird that sounds.

But she saved her best for the split of actors Jason Momoa and Lisa Bonet. Sure, Ruffin was a little late, but she did provide up-to-the-minute laughs.

“I’m devastated ― but not for them, for me!” she said in her “Amber Says What” segment. “Like all Americans, I just wanted them to make me the third in their open marriage. And now I am in mourning.”

Addressing Bonet’s high standards for husbands (her previous was Lenny Kravitz), Ruffin chirped, “Who is she going to marry next ― a beam of light?”

Ruffin was Emmy-nominated for the writing on her own show in 2021, and four times previously for “Late Night.”

And she is so here for you when you can’t keep up with what’s going on.