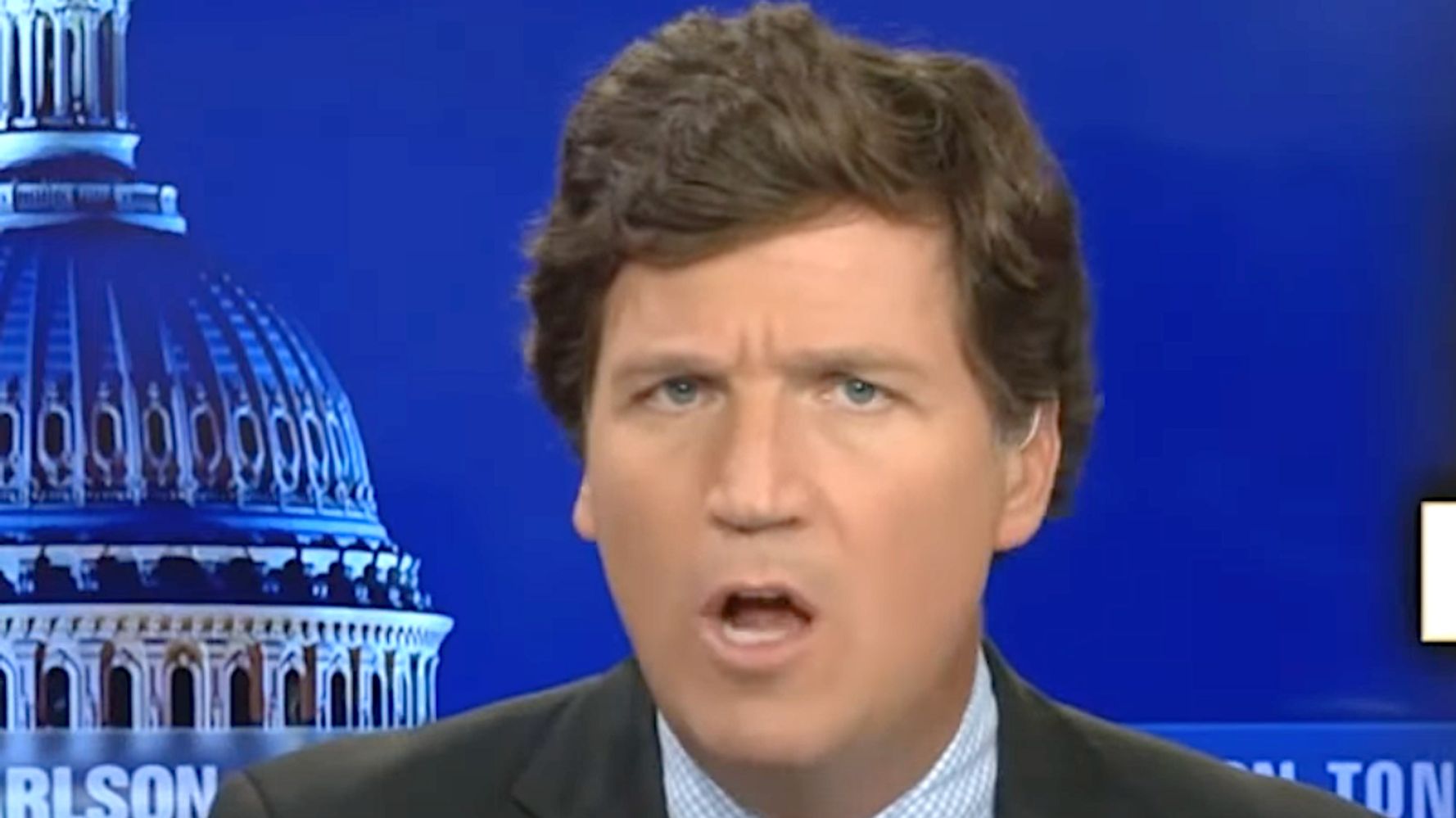 Tucker Carlson on Monday turned a curious rant about the lack of diversity in the news media into an observation about teenage girls menstruating. (Watch the video below.)

“For all the talk you hear of diversity, there is precisely zero diversity in our national media,” Carlson declared. “People may have different skin tones or different sexual interests ― not relevant. They are all from such similar backgrounds with such similar beliefs and values and life experiences that their gut reactions to everything have aligned into perfect synchronicity, like menstruating teenagers at summer camp.”

Carlson delivered his remarks “without a shred of self-awareness,” the Daily Beast commented. And it should also be noted that the montage was just another example of Fox News downplaying the insurrection.

But the clincher was Carlson’s awkward analogy. (Fast-forward to 11:35.):

@TuckerCarlson Hmmm…says a lot about your mindset when the best analogy you can come up with for synchronization is “menstruating teenagers.” Then again, you do have the speaking voice of a pubescent boy.

@TuckerCarlson that statement “like menstruating teenagers at a summer camp….”!, even if it happens, was just WRONG AND OFFENSIVE and sexist. Not appropriate for public.

@TuckerCarlson just likened Democrats’ commonly held belief systems to the “synchrony of menstruating teenagers at a summer camp.”
Swear to God.
Sicko!
You are a vile man, Tucker.#TuckerCarlson

Wow, did @TuckerCarlson just say he’s not misogynistic but still compare democrats who agree on an agenda to help everyday Americans to teenagers “menstruating at the same time at summer camp” #wtf

Controversial YouTuber Gets Socked For Calling Boosie A ‘Boy’ In Racist Online Prank
Missed AfroTech Conference In Austin, TX? These 20 Recap Videos Will Send Your FOMO Into Overdrive
Ashanti Reveals She ‘Made Some Calls’ To Get Retaliation Against Man Who Abused Her Little Sister
SEC Network Could’ve Had A Will Smith Oscar Moment After Analyst Makes Distasteful Joke About Colleague’s Wife
New Tommy’s tool calculates miscarriage risk to guide care