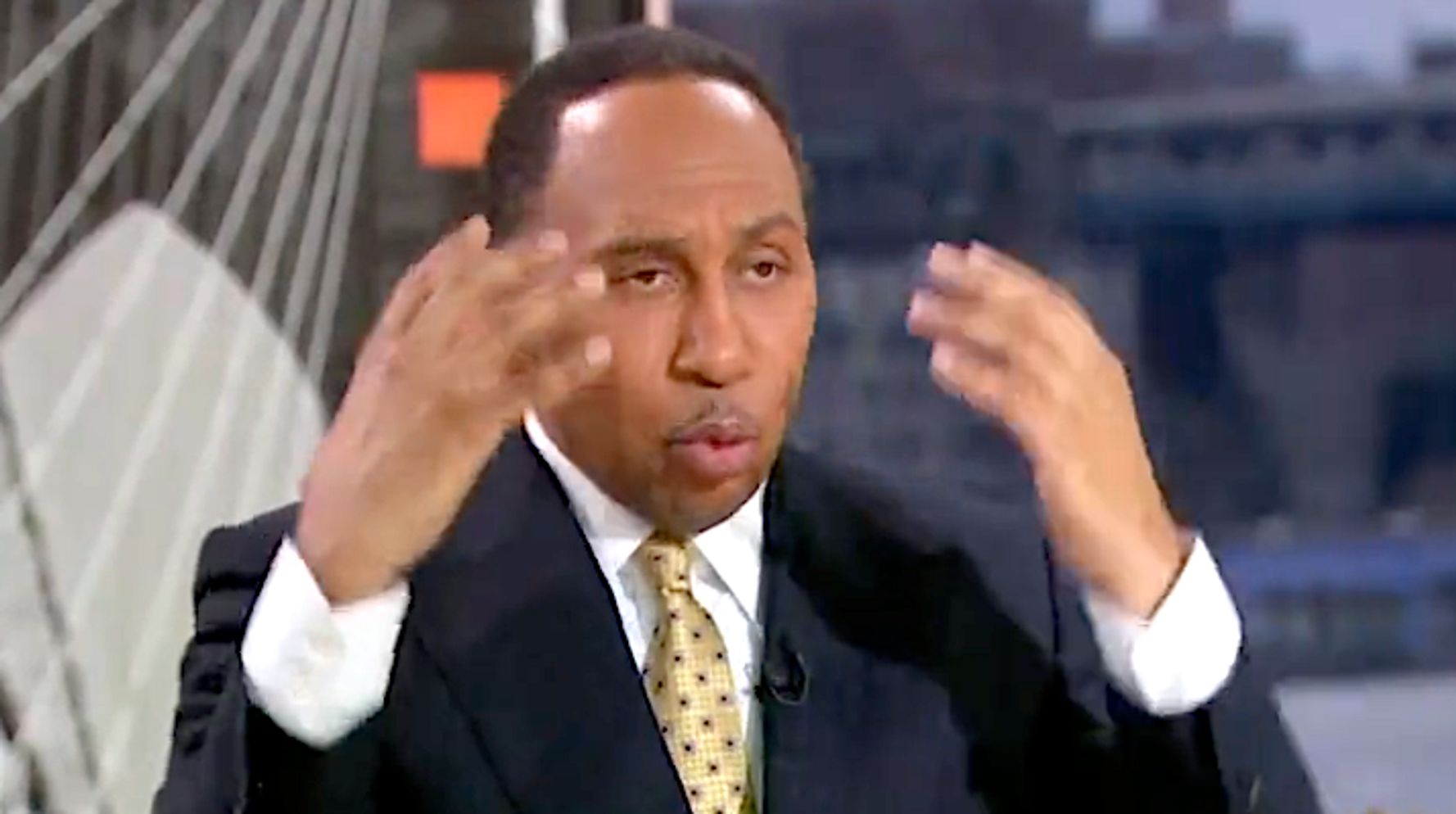 Stephen A. Smith, ESPN’s marquee personality and a harsh critic of anti-vaccine athletes, said Monday he learned firsthand the value of the COVID-19 jabs after a harrowing bout with the virus over New Year’s. (Watch the video below.)

Doctors “told me had I not been vaccinated, I wouldn’t be here,” Smith said in his return to “First Take.”

Smith, who received two shots but was not boosted, revealed the details of his fight against the coronavirus, which has killed more than 850,000 in the United States.

“I had a 103-degree fever every night. Woke up with chills and a pool of sweat,” Smith said. “Headaches were massive. Coughing profusely. … I was in the hospital New Year’s Eve into New Year’s Day. That’s how I brought in the New Year.”

The illness damaged his respiratory system to the point he is still not fully recovered.

“I had pneumonia in both lungs,” Smith said, his voice still raspy. “My liver was bad. And it ravaged me to the point where even now I have to monitor my volume, gotta get in the gym every day, walk before you run and work your way back because I’m still not 100% with my lungs, but I’m COVID-negative. … I’m on the road to recovery.”

“And they told me had I not been vaccinated, I wouldn’t be here. That’s how bad I was.”

Smith thanked his doctors by name and also advocated for masking up, the New York Post and Mediaite reported.

On Dec. 21, Smith announced on the air remotely that he had tested positive for COVID-19 but at the time he had mild symptoms. His condition would deteriorate in a matter of days.

Smith has launched epic takedowns of the Brooklyn Nets’ Kyrie Irving and Green Bay Packers’ Aaron Rodgers for refusing to be vaccinated (and the latter for lying about it).

Stephen A. Smith Has Blunt Message For Anti-Vaxxers Taking Horse Meds For COVID-19