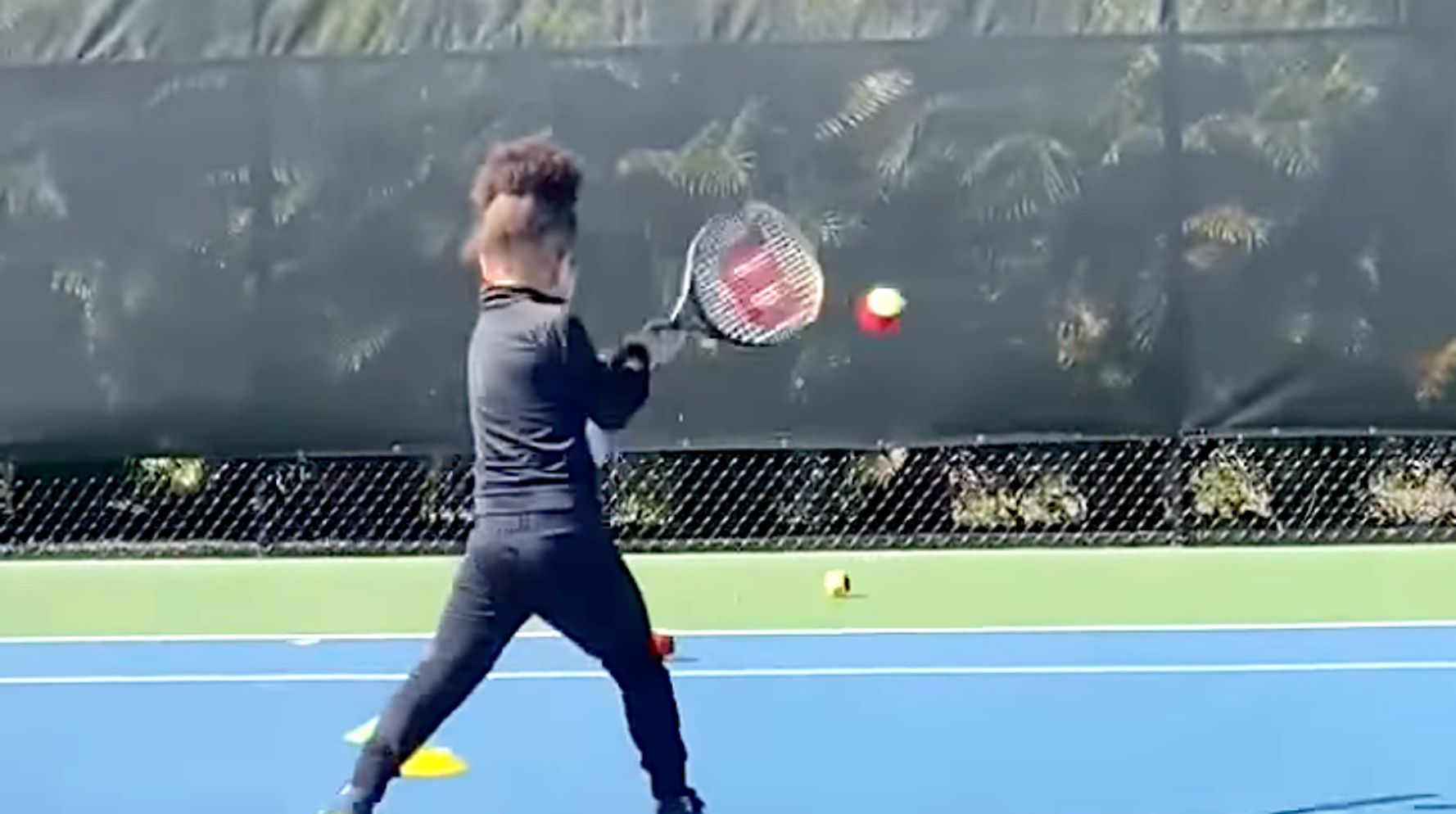 The future of American women’s tennis may not be at the Australian Open right now.

She could be at home with 23-time Grand Slam singles winner Serena Williams, who’s sitting out the big tournament.

The tennis great’s 4-year-daughter, Olympia, flexed a lethal two-fisted backhand in a video posted to her Instagram on Monday.

“It’s Oracene all over again!” Williams’ sister, Venus, commented, referring to their mother who coached them with their dad, Richard Williams.

Serena won the 2017 Australian Open while pregnant with Olympia, so the kid got a head start in big-time tennis.

But Williams has downplayed her daughter’s involvement in the sport. “Honestly, she likes playing piano,” she said on “Jimmy Kimmel Live” in November.

Still, the pandemic spurred her and husband Alexis Ohanian to get Olympia tennis lessons with an instructor.

“We started because it’s a socially safe sport, and when COVID happened, it was like, we’re just in the house with a 3-year-old, what do we do?” Williams said to People back in April. “There was only one answer, to my dismay.”

Serena Williams Won’t Play Australian Open: ‘Not Where I Need To Be Physically’

Black Firefighter Says His Captain Took Him To Racist Party While On The Job
Florida Has An Outrageous New Law Targeting Teachers. Here’s Why I’ll Be Breaking It.
William Ruto, Kenya’s New President, Finally Steps Out Of Others’ Shadows
Patti LaBelle Addresses Drama With Diana Ross & The Supremes
Congresswoman Maxine Waters On What You Need To Know About Equifax’s Latest Infraction