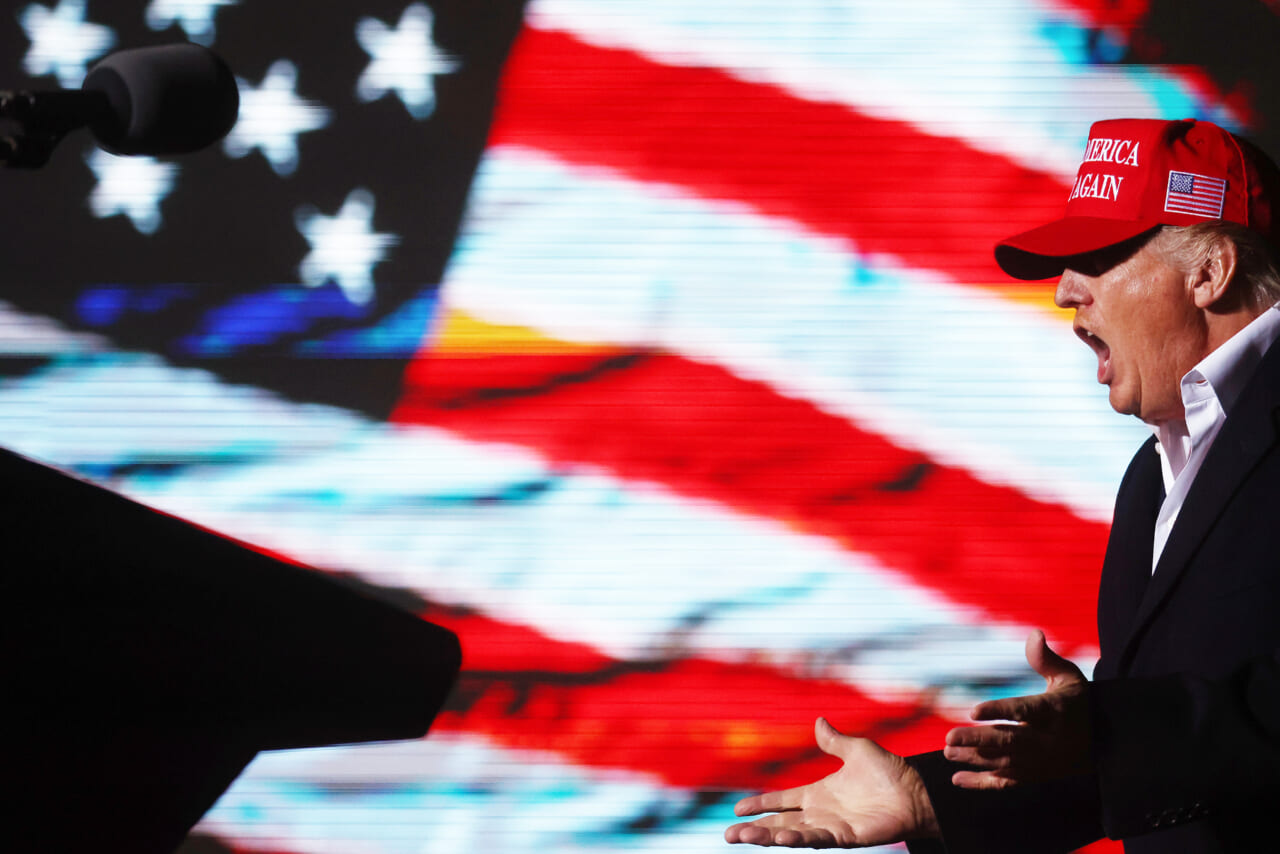 The phrase “Blacks For Trump” climbed the ranks of Twitter trends Sunday after multiple people in t-shirts bearing the words were visible in the crowd at a Saturday evening rally for the former president in Arizona.

Early origins of the phrase are explored in a report by The Washington Post, which credits a man of many names, known as “Michael the Black Man” to most, for sparking online conversations back in 2017 by appearing in crowds at several of Donald Trump’s rallies holding “BLACKS FOR TRUMP” signs and wearing clothing proclaiming that “TRUMP & Republicans Are Not Racist.”

“Blacks For Trump” supporters have appeared to travel in groups to various rallies the former president has held during and after his presidency, and Trump has even acknowledged the fringe movement while speaking in Atlanta during the latter portion of his presidency.

“Crowd breaks out in chant supporting @realDonaldTrump after he asks if they preferred “Blacks for Trump” or “African Americans for Trump” at the debut of “Black Voices for Trump,” which is a new reelection coalition,” the Washington Examiner tweeted in 2019.

“They couldn’t pay me enough money to put a Blacks for Trump shirt on. Every black person at the Trump rally was sitting right behind him. Coincidence? I think not,” wrote a Twitter user on Saturday.

“Blacks for Trump is fake news, Trump is a racist!” wrote another user on Saturday alongside a video from NowThis News of Trump making comments about Native Americans during a 1993 court hearing.

Trump’s first rally of 2022 on Saturday additionally made headlines for the former president’s multiple claims suggesting that white Americans have disproportionately lower access to COVID-19 vaccines, claims which were quickly fact-checked and debunked by outlets including the New York Times.

Standing before an estimated crowd of over 20,000 supporters in attendance at the “Save America Rally” in Florence, Trump declared: “The left is now rationing lifesaving therapeutics based on race, discriminating against and denigrating, just denigrating, white people to determine who lives and who dies. If you’re white, you don’t get the vaccine, or if you’re white, you don’t get therapeutics.”

No evidence exists to support these claims, according to the Times, which reported that Trump was citing an opinion column criticizing New York state guidelines that prioritize immunocompromised patients and those with risk factors including race and ethnicity when distributing two antiviral treatments, which are in limited supply.

Evidence against Trump’s claims can also be found in data reported by the Centers for Disease Control and Prevention, which show that the likelihood of death from COVID-19 is twice as high among Black, Hispanic and Native Americans than among white Americans.

A 2021 CNN report analyzing vaccine coverage data by race in 14 U.S. states similarly reported that white populations received vaccines at more than twice the rate of Black or Latino populations.