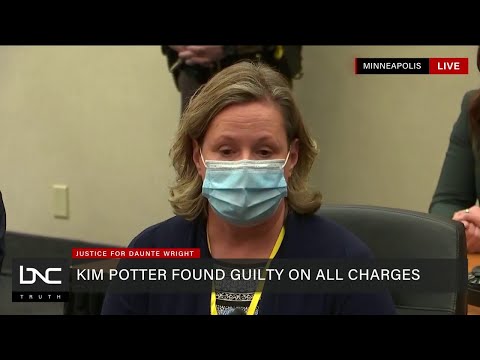 A dispositional departure is where a sentence is announced, but not executed. Engh says Potter’s “remorse and regret for the incident is overwhelming,” and she is not a danger to the community and has made all her court appearances. He noted it’s the Christmas holiday season and his client is a “devoted Catholic” who does not deserve to be incarcerated until sentencing. She is also entitled to a bond, he says.

There’s A Mental Health Crisis Among Black Students. What Are HBCUs Doing To Help?
Ashanti Reveals She ‘Made Some Calls’ To Get Retaliation Against Man Who Abused Her Little Sister
Jeezy Addresses Fallout With Freddie Gibbs
Toya Addresses DJ Akademiks’ Comments About Her Daughter Reginae
Trevor Noah Reveals His Exit Announcement Was A Total Shock, Even To His Own Team